Documentary on the Holocaust for TV, with survivors

Broadcast on TV on July 18, 1960 including fragments from "Night and Fog" (1956), this film opens with Dr. Gisela Perl, a survivor of the Holocaust. It shows an interview with Dr. Perl and other survivors, including Sonia Weissman (the donor's wife and a survivor of the Warsaw Ghetto), Janus T (a survivor of the Warsaw Ghetto Uprising), and Mr. Friedman (a survivor of Treblinka). Dr. Perl speaks of being taken away by the Gestapo. Her story is intercut with the famous Lvov pogrom footage although it does not relate to the story (see raw footage in RG-60.0441 on Film ID 402). The film then goes on to use various well-known pieces of footage that exists in the USHMM film and video collection, such as German newsreel footage, Nuremberg War Crimes Trials as well as other war crimes trials, Mogilev gas van footage, etc. The film also incorporates well-known still photographs. There are images (and montages) of equipment used for medical experimentation, for example, a gynecological examination chair. In the conclusion of the film, the narrator warns that the Holocaust must be remembered lest it be repeated. He then goes on to use the example of apartheid in South Africa as a [contemporary] parallel. 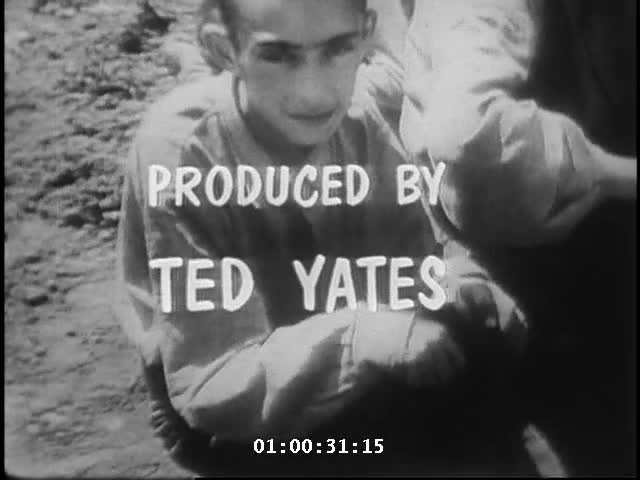 Copyright
Copyright. Metropolitan Broadcasting Corporation of NY
Conditions on Use
Metropolitan Broadcasting Corporation of NY became Metromedia Broadcasting, which owned TV and radio stations across the country. In the 1980s, Metromedia sold most of its assets to Rupert Murdoch, who created the Fox Network out of them. The copyright to this documentary may now belong to News Corp. or 20th Century Fox.
Record last modified: 2020-08-04 09:21:20
This page: https://collections.ushmm.org/search/catalog/irn1003159