Cartoon title: Official Films presents... "Schichlegruber Doing the Lambeth Walk assisted by the Gestapo Hep-Cats." Produced by Leslie Winik.
Counter-propaganda film made to mock the Nazis by reversing and repeating newsreel shots of Adolf Hitler saluting and his troops goose-stepping from "Triumph of the Will" to create the illusion that Hitler and his gang were dancing to the popular British tune of the day, The Lambeth Walk. Uses reverse, stop motion, and jump cuts. Footage reproduced in rhythmic sequnces by an optical printer. Adds appropriate slide whistle and Bronx cheer sound effects. 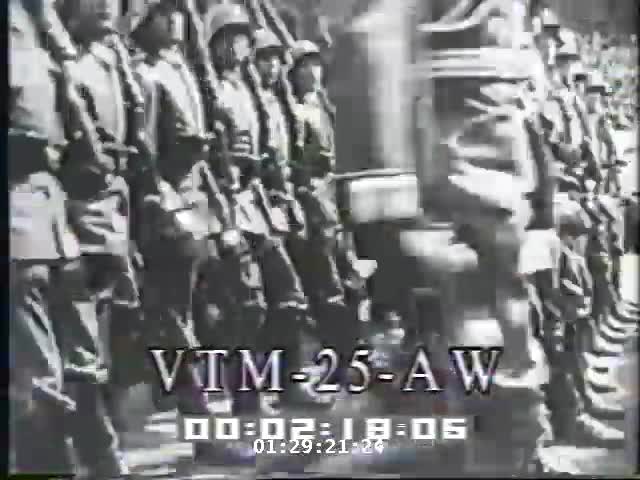