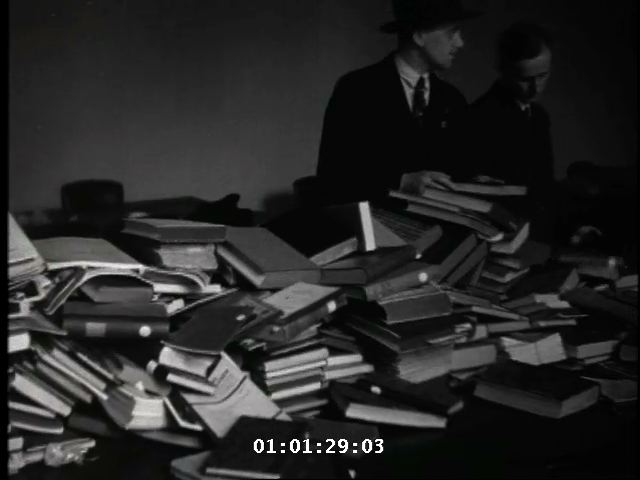 Legal Status
Permanent Collection
Film Provenance
The United States Holocaust Memorial Museum purchased this from Grinberg Film Libraries in 2002. The footage was obtained as research for the Museum's special exhibition in 2003 on Nazi bookburning, "Fighting the Fires of Hate."
Note
Grinberg record indicates that there is supposed to be sound, an off-screen voice explaining the destruction of the condemned books written by world-famous authors as well as crowd cheering. The USHMM version does not have sound.
Copied From
dupe neg
Film Source
Sherman Grinberg Film Library
File Number
Legacy Database File: 3897
Source Archive Number: PMN 3028