Marriage of Dutch Jews Collette de Zwarte and Gerrit Schellevis in the Synagogue Rapenbargerstradt in Amsterdam. 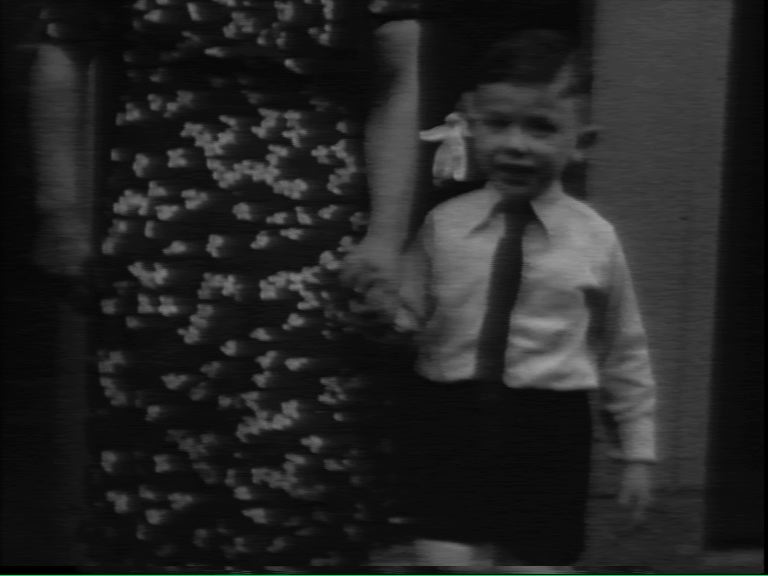 Biography
Sal de Zwarte (donor, cameraman, and brother of Collette de Zwarte) was Jewish and deported to Westerbork. After he was released to be sterilized, he survived by hiding in the basement of the hotel he worked in as a waiter before the war. His wife, Frida Coster de Zwarte, remained in Amsterdam with the children, trying to prove her Aryan status. Their daughter Miep Koenig was in the 1940 wedding as a bridesmaid; she survived and lives in Toronto. Collette, Sal, and Simon also survived the war.

Legal Status
Permanent Collection
Film Provenance
The footage was originally shot on 8mm film by Sal de Zwarte. He donated it to the Jewish Historical Museum [Joods Historisch Museum] in Amsterdam in 1995. After communicating with his daughter Miep (de Zwarte) Koenig in 2003 and with her permission, the United States Holocaust Memorial Museum purchased a copy of the films from the Jewish Historical Museum in September 2003.
Note
Intercuts with boy urinating is the cameraman's (Sal de Zwarte) son Simon who survived the war.
Copied From
8mm
Film Source
Joods Historisch Museum
File Number
Legacy Database File: 4115