"Witness Stand: A Reportage on the Swedish Red Cross Aid Action for Prisoners in Germany" Production date, April 1945.
Part 2, the ambulance column arrives. Memorial day for E V Ringmann, ambulance driver who was killed in an allied aircraft, whose casket is loaded onto a railroad car. Norwegian paramedic team. Doctors examine the new arrivals. Women with naked torsos show their tattoo marks. Naked women bathing, showering, and get new clothes. They are disinfected from lice. Registration stall for Danes and Norwegians. Danes get new clothes. Some people talk with each other, doctors examine people, and a Danish architect shows his drawings of the death chambers of the camp ("the camp’s death cell"). Then a convalescent center in the spring sun in a park. 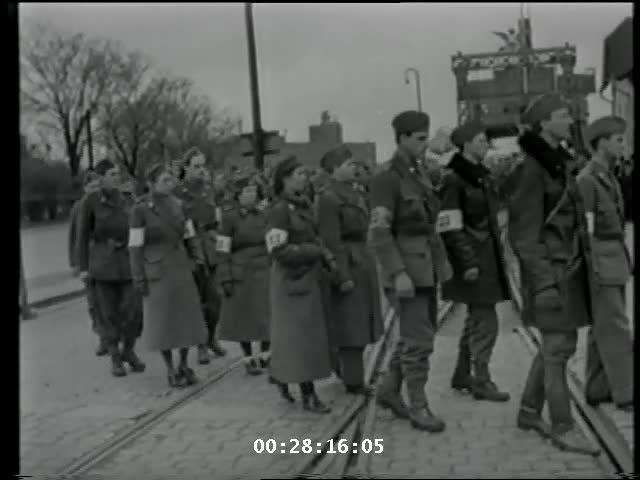 Legal Status
Permanent Collection
Film Provenance
The United States Holocaust Memorial Museum purchased this footage from Sveriges Television AB, SVT Sales in Stockholm, Sweden in October 2004.
Note
See also RG-60.4111 and RG-60.4112 for outtakes from this newsreel. See RG-60.4113 for the first half of this newsreel.