Execution by firing squad of Anton Dostler for ordering the execution of 15 OSS men, without trial. 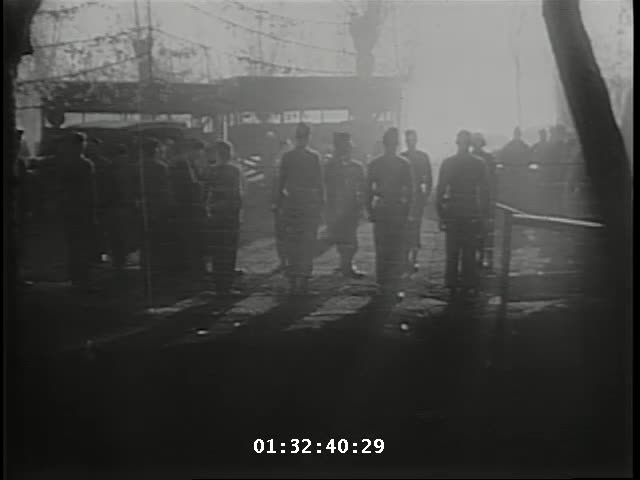 Film Title
Death of a Nazi

See also Story 3076 for similar coverage of this event, however without sound or indication of OSS personnel involved. Refer also to video reference copies at NARA with original archive number 200 PN 5.32.