On board the Exodus

Video copy of Bill Bernstein's 8mm color home movies aboard the ship Exodus 1947. Exodus 1947 carried 4,500 Jewish survivors of the Holocaust who sought to illegally immigrate into Palestine. Even before the ship reached Palestine's territorial waters, British destroyers surrounded it. Bill Bernstein, the Exodus's second officer and a Jew, was clubbed to death trying to prevent a British soldier from entering the wheelhouse on the ship. The remaining passengers were eventually transferred to DP camps in Germany. 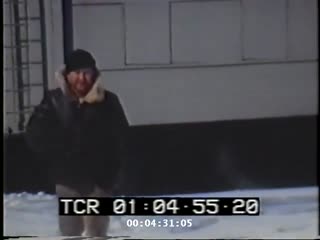