Titles: "Frontbericht 1941 von Gottfried Kessel Im Banat" [Report from the front 1941 by Gottfried Kessel: In Banat (the name of a geographical region which includes Pancevo)] Shots of Kessel with his Kodak camera in Neuruppin, Germany after the French campaign. Kessel's narration says he studied photography and enlisted in the Propaganda Kompanie. Scenes shot by Kessel out the window of a JU 52 plane as he heads to the front. 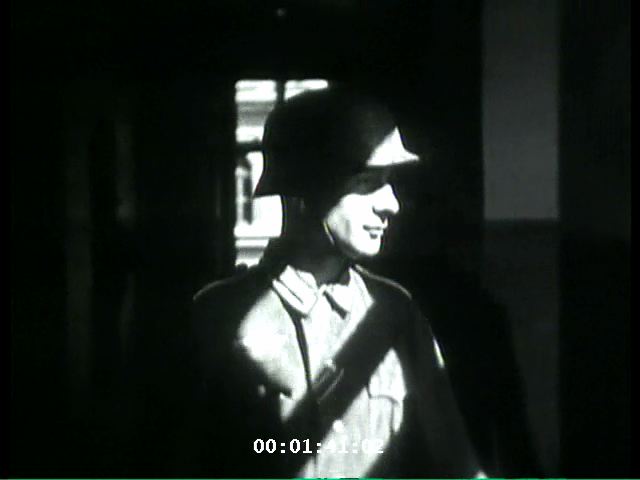 Legal Status
Permanent Collection
Film Provenance
The United States Holocaust Memorial Museum received a video copy from Spiegel TV in June 2007.
Note
This film documents the action carried out by the Grossdeutschland regiment in reprisal for the killing of four German soldiers by unidentified snipers on April 18, 1941. Altogether 22 Serbian civilians were hanged in the Pancevo city cemetery, while 18 more were publicly shot against the cemetery wall by troops with the regiment.

Copyright
Copyright. Spiegel TV
Conditions on Use
Contact Spiegel TV at ulrich_meyer@spiegel-tv.de for permission to reproduce and use this film.
Record last modified: 2020-08-04 09:21:46
This page: https://collections.ushmm.org/search/catalog/irn1004219