March (probably very early after the Anschluss). Single shot of a sign with Chancellor Schuschnigg portrait and "JA" (etched or stencil-painted?) and partially scratched off. All the Staendestaat propaganda was removed (often by forcing Jews) after March 12. 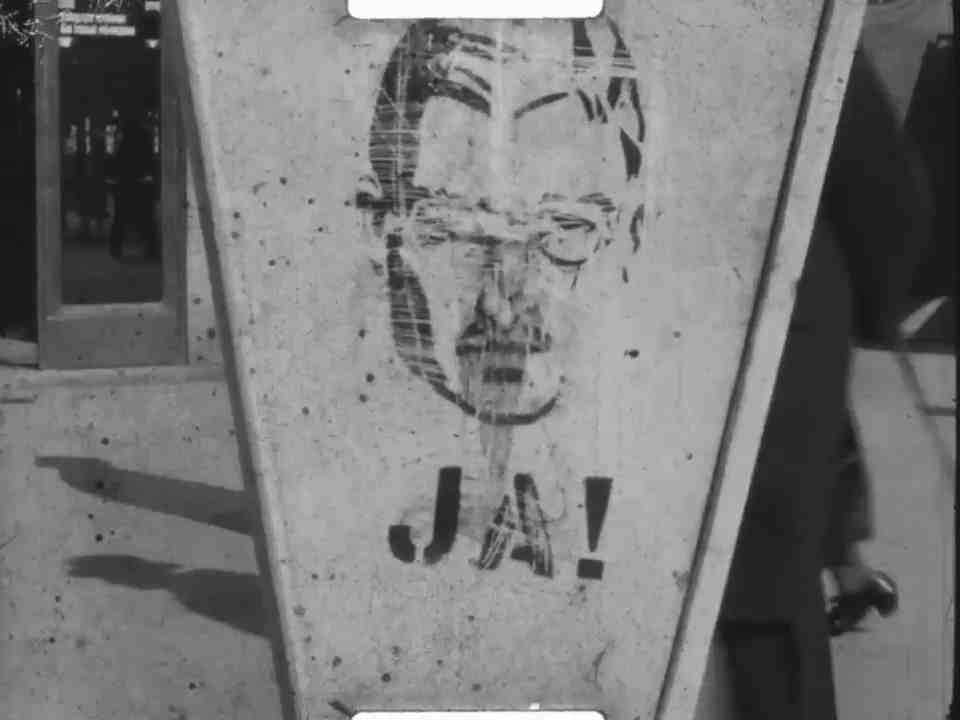