Moving into the Krakow Ghetto

CU, Jewish man with winter hat and star armband in the Krakow ghetto. Cart loaded with furniture and belongings moves along a snowy road. Men gathered in front of a building. Boy pulls a small wagon with his possessions. Man with a framed picture. 00:19 Schoolchildren walk down a sidewalk with chairs over their heads. Woman hunched over a pile of belongings on the ground. Moving furniture into a new home. Street activity with pedestrians, horse and wagon, and streetcar. 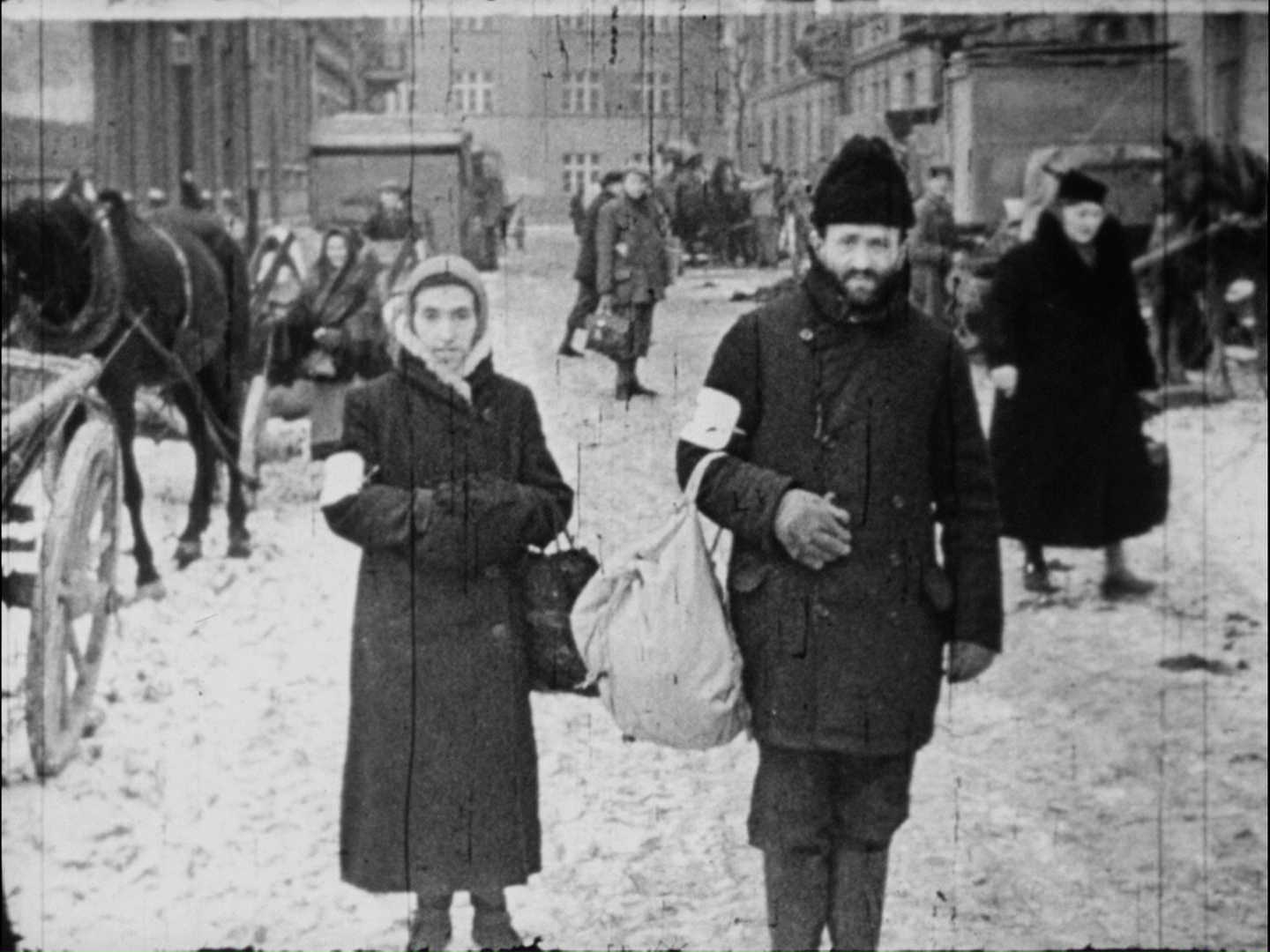 Copyright
Copyright. National Center for Jewish Film
Conditions on Use
Contact NCJF at pontius@brandeis.edu for permission to reproduce and use this film.
Record last modified: 2020-02-04 10:39:11
This page: https://collections.ushmm.org/search/catalog/irn1004751