David Teitelbaum visits his family in his birthplace of Wielopole Skrzynskie, Poland. The film shows members of the Teitelbaum, Rappaport and Sartoria families, their neighbors, and acquaintances.

Camera rotates, CU of woman outside her home. A family poses for the camera in a doorway. Another young boy, older man outside of a home. A group of children pose. Church with gated courtyard. People peer out of their windows in the shtetl. Red sign: "Schicht." Horse-drawn carriage. Sign: "Handeltowa [...] Mieszanych [...]." More people pose for the camera. A group poses outside their home, two men tip their hats to the camera. A woman carries two metal pails in a field. Older woman with cane. Houses [unclear film]. A well-dressed group outside a shop, walking in a grassy field. Tombstones. Horse-drawn carriages pass on a country road, Polish countryside. Sign: "Wielopole." Views of the shtetl, countryside. CUs of men. A group, including a woman with a baby. Women stand next to a pile of logs. CUs of men, women at a train station. Men in a cemetery. Pan of tombstones with Hebrew inscriptions. More views of the countryside, young boys, horse-drawn carriages. More shtetl views. 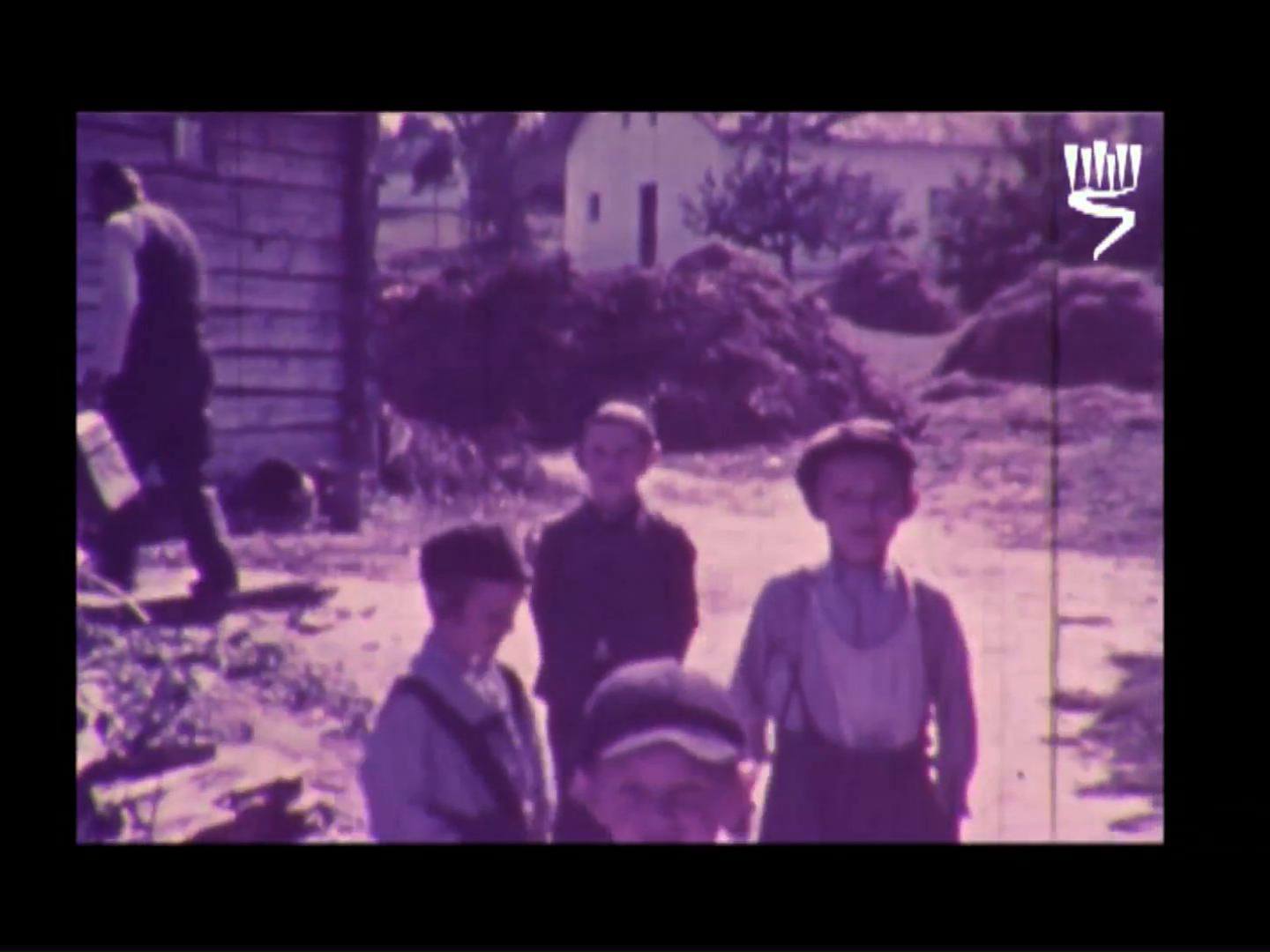 Biography
David Teitelbaum (1891-1972), an amateur photographer who was born in Wielopole, emigrated to the United States in the early 1900s and became a successful businessman. He would return to his hometown almost every year to visit his family, and in Summer 1938, he filmed his trip. He traveled on the SS Normandie, arriving back to the United States on August 1, 1938. In June or July 1939 he traveled to Wielopole again, but only stayed for a short time, fearing that war was imminent. It is possible that some sequences of the film were filmed on that last visit. David was the fourth child of Oizer Teitelbaum, one of the leaders of the community, murdered in June 1942, and his wife Leah née Blattberg, who may have died of illness before the mass killing and deportation, but was possibly murdered in June 1942. Altogether, they had nine children: Raizel; Chiel (b. 1882, emigrated to the US); Sheindel (b.1889); David (b. 1891); Chaya Klara (b, 1895, emigrated to the US); Shaya Sam (b, 1896/7, emigrated to the US); Gusi (b, 1904); Yankel (emigrated to the US); and Eliezer. During his visit in 1938, David arranged for his niece, Channa's departure to the US. She left Wielopole in September or October 1938. Juda Redel, Oizer and Leah's neighbor and landlord, was murdered in June 1942. His wife Eidel was Moshe Aaron Rappaport's stepsister.

Nathan Lipschitz (1918-2011), a survivor, was the son of the town Rabbi, Yehuda Zindel Lipschitz , and grandson of the Hassidic Rabbi Yitzhak Lipschitz.

Individuals in the film have been identified by relatives, particularly Channa Rachel (Helen) Glucksman, David's niece, who lives in the US today.

In 1921, 550 Jews lived in the town of Wielopole Skrzynskie, constituting about half of the local population. At that time, some 20 small Jewish factories were in operation there. The German occupation of Wielopole in September 1939 brought with it a period of decrees, persecution, forced labor conscription, robbery and murder. In the spring of 1942, the Jews were forbidden to live in certain areas of the town, and were forced to crowd into a few narrow streets. This wasn't a sealed ghetto, but the residents were subject to severe movement restrictions. On June 26, 1942 the Jews of Wielopole Skrzynskie were evicted and sent to the ghetto in Ropzcyce. Some 50 sick and elderly Jews were murdered before the forced departure. Some of the people who appear in the film were amongst those murdered that day.
Copied From
16mm
Film Source
Yad Vashem
File Number
Legacy Database File: 6061
Source Archive Number: S-239

Conditions on Access
You do not require further permission from the Museum to access this archival media.
Copyright
Yad Vashem
Conditions on Use
Contact Yad Vashem Archives at ref@yadvashem.org.il for permission to reproduce and use this film footage.