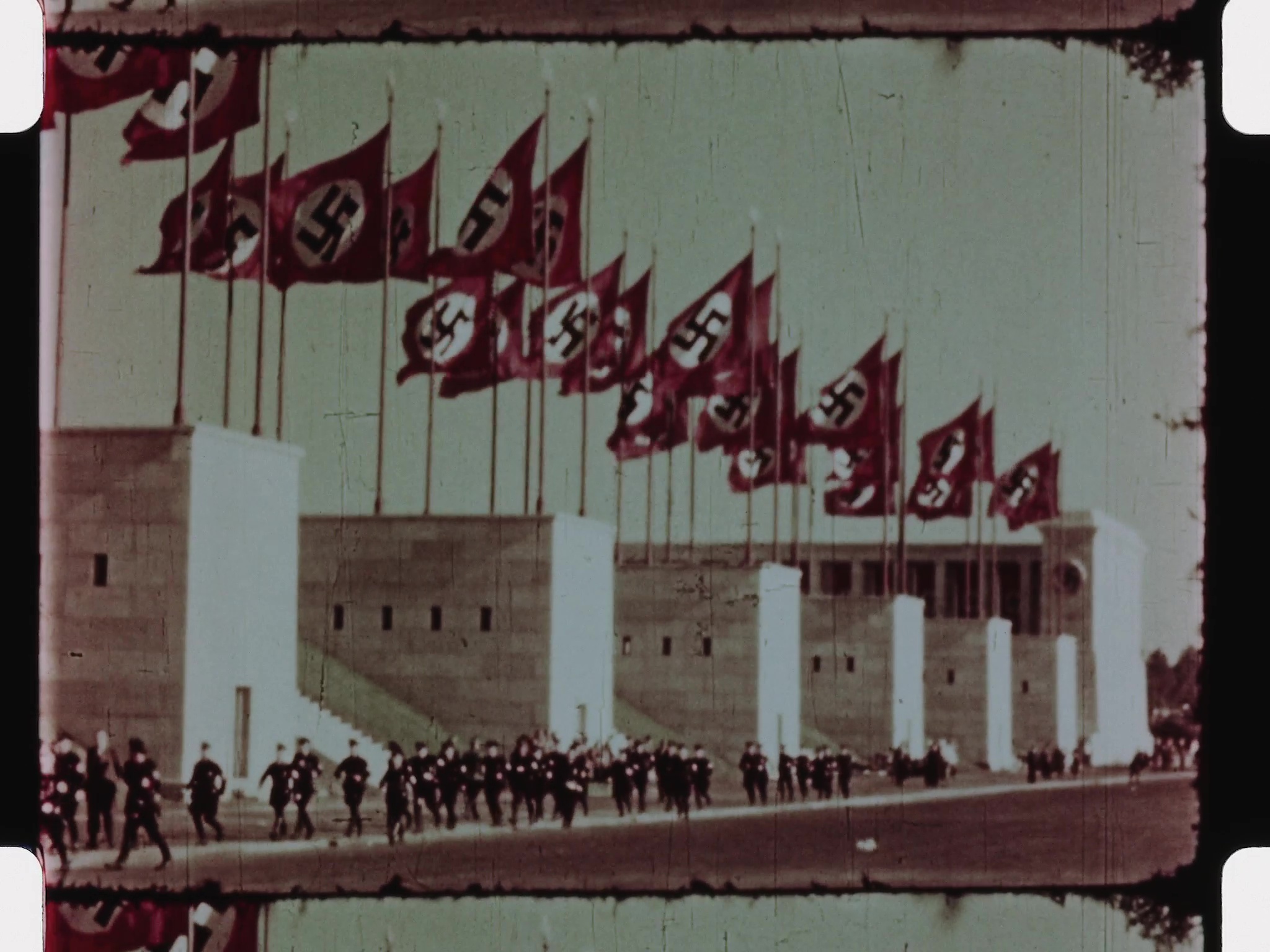 Legal Status
Permanent Collection
Film Provenance
The United States Holocaust Memorial Museum purchased high-resolution copies of amateur films and other footage from the Library of Congress in February 2017.
Note
This 16mm film is part of the Library of Congress's German collection containing films that the Americans confiscated at the end of the war.
Film transferred at incorrect speed.
Film Source
Library of Congress
File Number
Source Archive Number: 159223-1-1

Copyright
Copyright. Library of Congress
Conditions on Use
Requests for duplication of moving image materials at the Library of Congress begin with the Moving Image Section reference staff (mpref@loc.gov), who gather basic information about the order, such as titles requested, format desired, collection restrictions (if any), and whether or not a copyright search is required. From there, the order goes to the Public Services Office for pricing and fulfillment. Refer to http://www.loc.gov/rr/mopic/copies.html for more information.
Record last modified: 2020-08-04 09:20:23
This page: https://collections.ushmm.org/search/catalog/irn560587