Group portrait of members of the Solski family taken during a family gathering in honor of two visiting great uncles, one from South Africa and one from America. 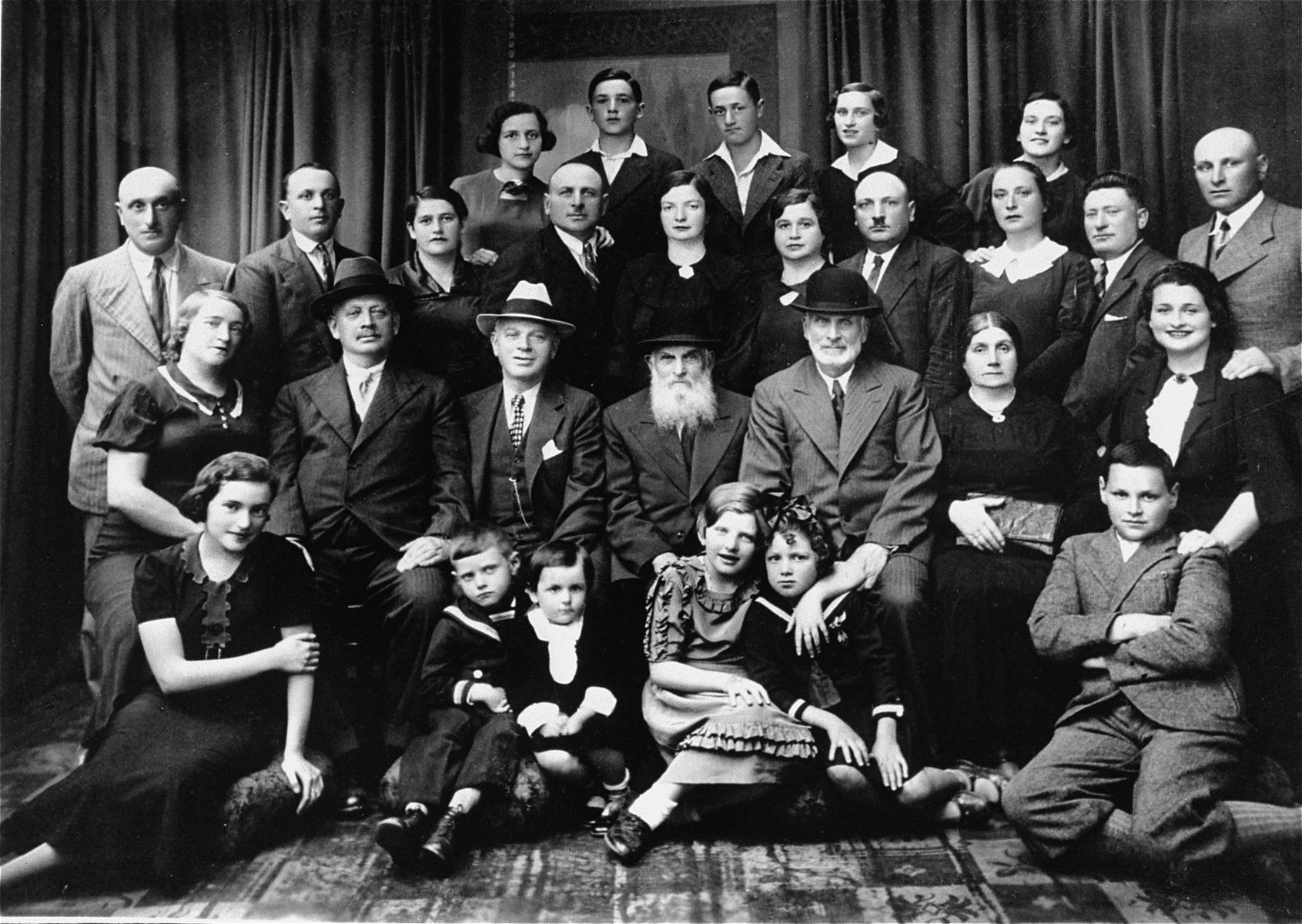 Group portrait of members of the Solski family taken during a family gathering in honor of two visiting great uncles, one from South Africa and one from America.

Rella Solski is the child pictured in the front row in the sailor suit. Rella Solski (donor) and her cousin, Mina Braudh were the only survivors.