Pastor Gerardus Pontier and his wife, Dora, pose at Yad Vashem in Jerusalem after having been recognized as Righteous Among the Nations. 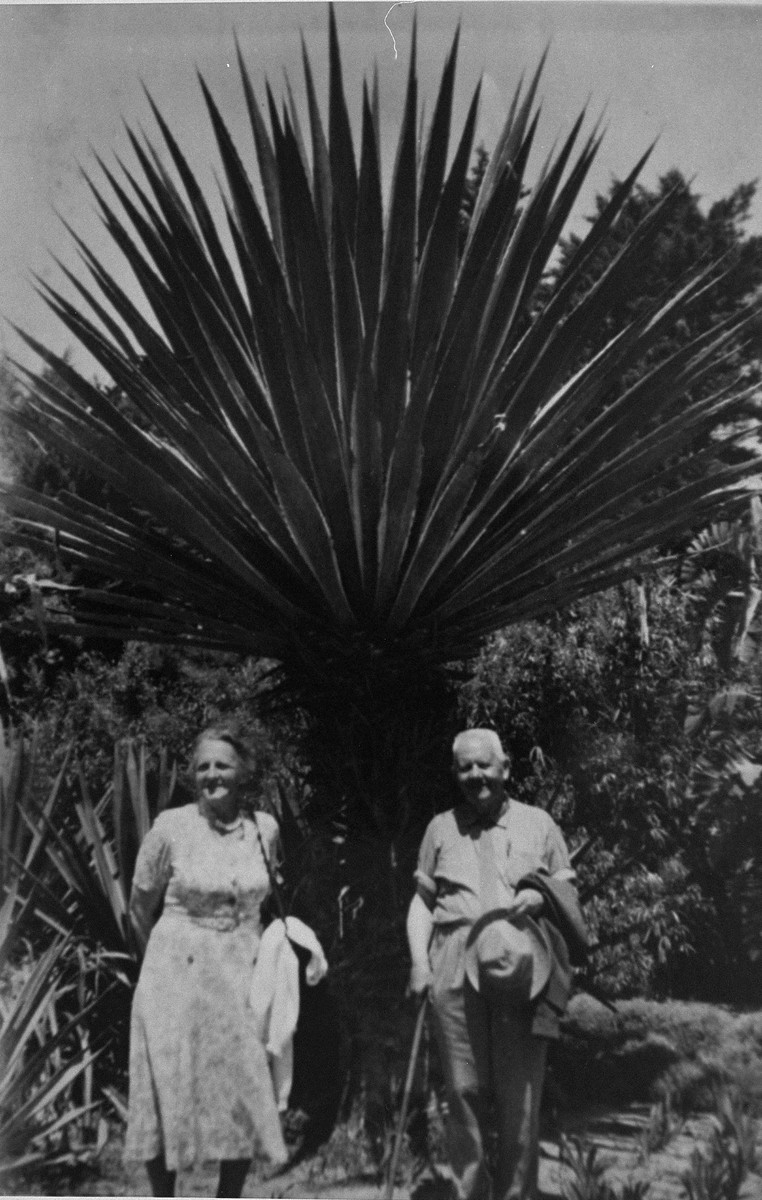 Pastor Gerardus Pontier and his wife, Dora, pose at Yad Vashem in Jerusalem after having been recognized as Righteous Among the Nations.

https://www.ushmm.org/wlc/en/article.php?ModuleId=10005434.
Biography
Pastor Gerardus Jacobus Pontier and his wife, Dora Pontier, members of the Dutch Reformed church in Heerlen, Holland, who hid a Jewish family in their home during the German occupation and helped others to find shelter elsewhere. They were also involved in the rescue efforts of the underground cell known as the NV group, that spirited Jewish children out of Amsterdam and resettled them with Dutch families in smaller communities. In August 1942 the Pontiers welcomed into their home four members of the Zilber family. A short time before, Pastor Pontier had met the Zilber children walking along a street in Heerlen. Seeing that the boys were wearing Jewish badges, he gave them his name and address and offered to assist them if they should ever need help. The Zilbers took up his offer when they received their deportation notice one week later. In order to make room for the Jewish family, the Pontiers moved their two daughters to a neighbor's home. The Zilbers remained there until November 6, 1943 when the Gestapo raided the Pontier home. The Germans arrested Pastor Pontier but for some reason neglected to search the house for the hidden Jews. After the Germans departed with her husband, Dora Pontier helped the Zilbers find a new shelter. The pastor was jailed at Scheveningen prison for six months before being released on May 17, 1944. In addition to the Zilbers, Pastor Pontier helped four other Jewish adults and scores of Jewish children who had been funneled to him by the NV group. The Pontiers were both recognized by Yad Vashem as Righteous Among the Nations.