Jews in the Kovno ghetto carry furniture and large bundles. 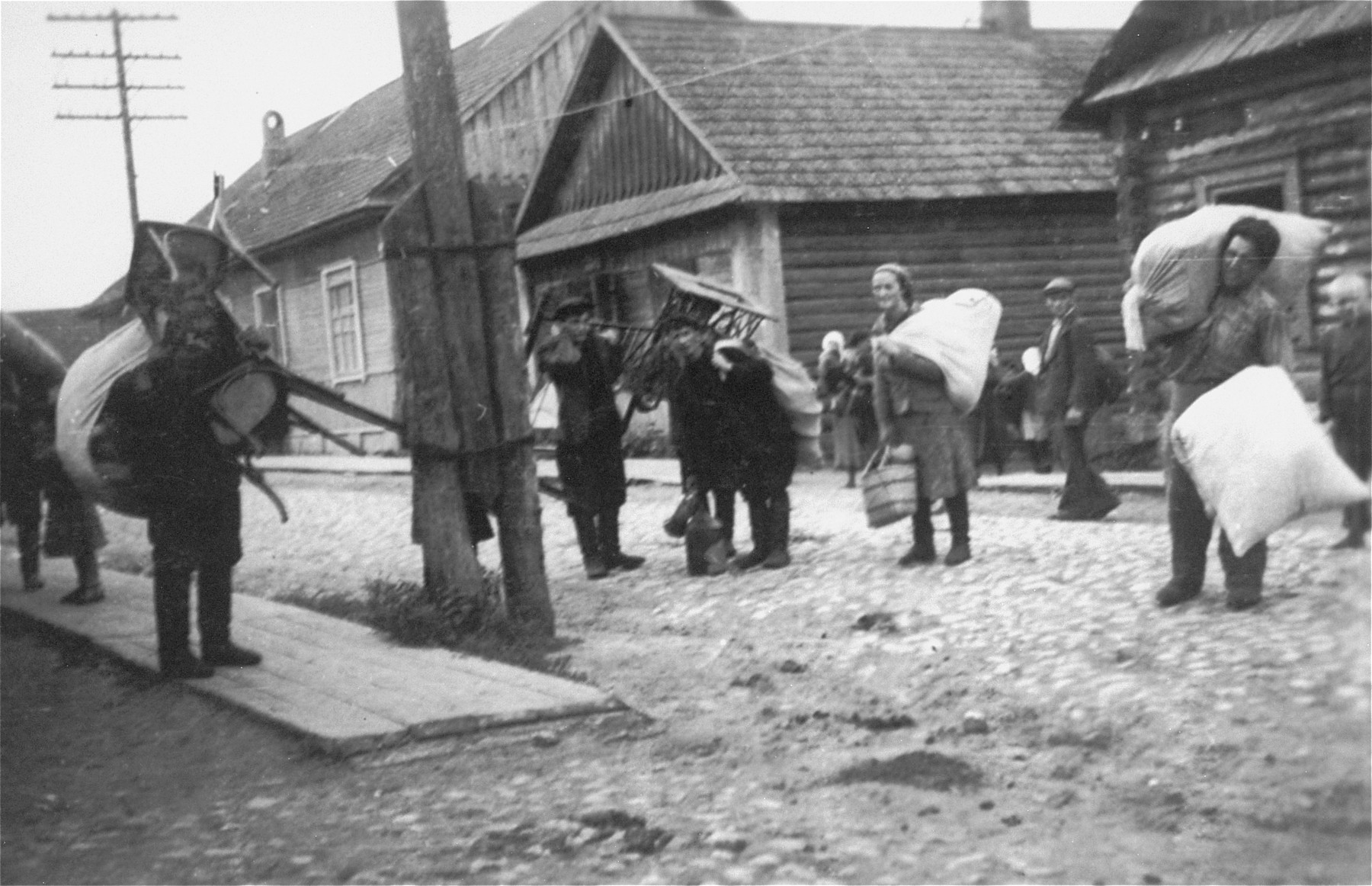 Jews in the Kovno ghetto carry furniture and large bundles.

They are probably moving to new homes following a reduction of the ghetto's borders.