Members of the first Kindertransport arrive in Harwich, England. 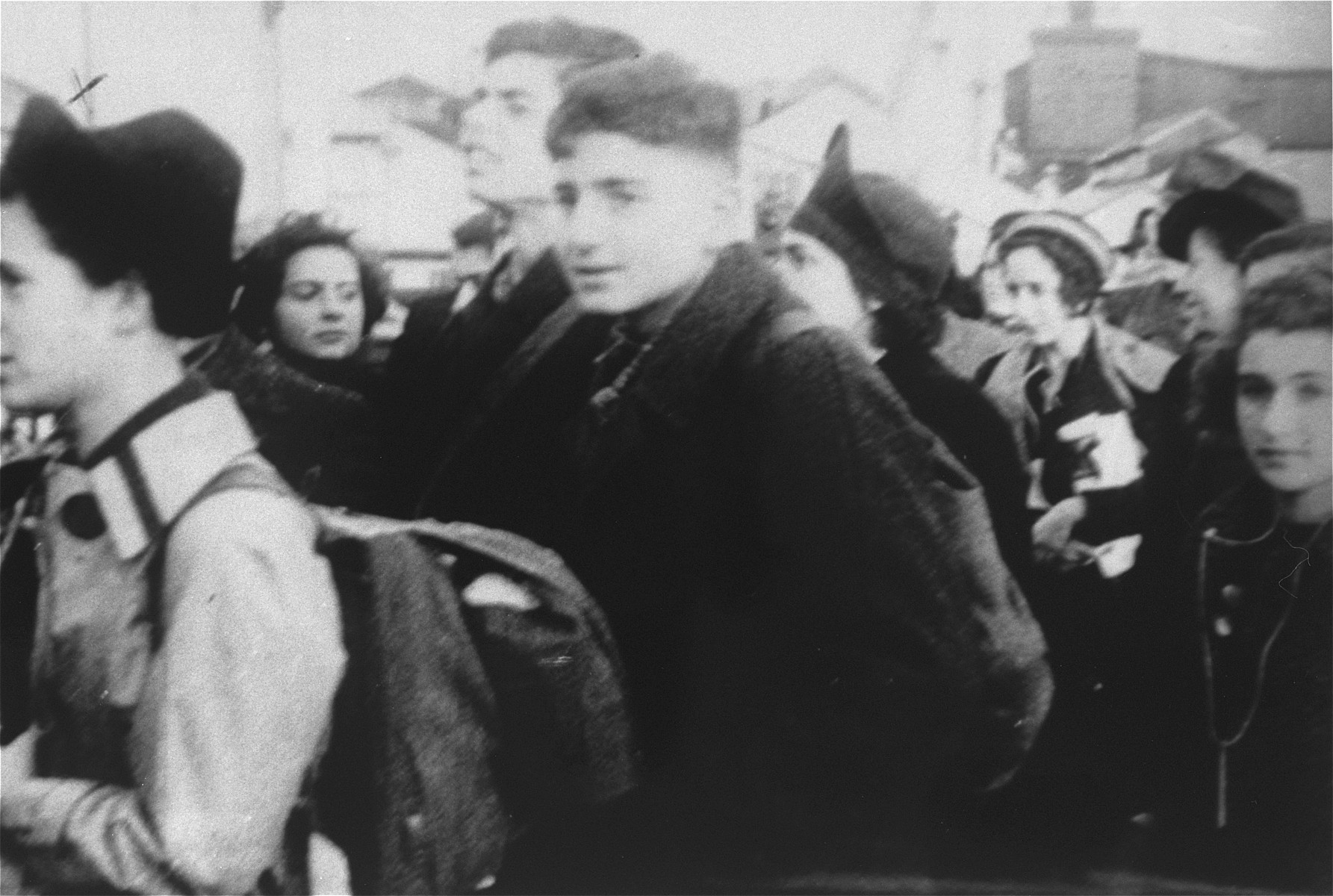 Members of the first Kindertransport arrive in Harwich, England.

Among those pictured is the donor, Frances Rose, at the far left and Ersnt (later Ernest) Winter (center).

Event History
Between December 1938 and September 1939, close to 10,000 unaccompanied refugee children from central Europe were permitted entry into Great Britain. They arrived in a series of transports which came to be known as the Kindertransports. The first group, which arrived in Harwich via the Hook of Holland on December 2, 1938, consisted of 200 children between the ages of 12 and 17 from Berlin and Hamburg. The second group, which arrived December 12, consisted of 502 children from Vienna. The third group, which arrived December 15, consisted of 370 children from northern Germany, especially Hamburg and Berlin. Seventy percent of the children were Jewish and were chosen by the central Jewish organizations in Germany, Austria, and Czechoslovakia. An additional 500 children were brought in as members of Youth Aliyah groups, and 1,350 arrived as agricultural trainees. The children were divided into two categories: those guaranteed by private sponsors and those under the auspices of the Refugee Children's Movement (RCM). In addition to the RCM and its local committees, several Jewish organizations assisted the refugee children. Upon their arrival in Britain, the children were housed in temporary reception camps, such as the Dovercourt Bay, Pakefield, and Broadstairs holiday camps. After a few weeks they were taken to foster homes or hostels throughout the country. Others lived on agricultural training farms set up by the Youth Aliyah organization in Britain.
https://encyclopedia.ushmm.org/content/en/article/kindertransport-1938-1940.
Biography
Ernst Winter (later Ernest) was born in Berlin in 1924, the second child of Hugo Garfunkel and Cili Winter. Hugo had immigratged from Poland some time earlier, and was later joined by Cili. After Hitler's rise to power, Ernest witnessed the mistreatment of Jewish neighbors, and saw his own family members separated. His older brother Avner was sent to Israel by his mother to clear malarial swamps. His father died, leaving the family destitute, and his mother took a position as a nanny in the home of a wealthy Jewish merchant. Ernst was sent to live in a Jewish children's home. In 1938 he witnessed Kristallnacht. The children's home staff realized that at age fourteen Ernest was vulnerable to arrest, and that his presence in the home could endanger the other children as well. When they heard of the British-sponsored Kindertransport coming through Berlin, they decided to send Ernst on it. It was a dangerous process, as Ernest had to travel through Berlin alone in order to ask his mother's permission to leave and also to obtain an exit visa at the Police Station. He was allowed to leave, but never saw his mother again. After he left, she went into hiding, but was later captured and transported to Auschwitz.
Traveling out of Germany was perilous, with Gestapo checkpoints and harassment. When they arrived in the Netherlands, though, the children were welcomed at every station with food and encouragement. They left from the Hook of Holland to cross the rough seas of the English Channel by boat, and were welcomed in England. A photograph of Ernest arriving in England in 1938 was used to raise money for the Jewish Children's Refugee fund in the U.K. Under his photograph, the caption read, "He has no Hope."
The war began, and Ernest was sent by the Quakers to live on a farm. He worked on several different farms throughout the war, trying to earn enough money to join his brother in Israel, but was not adopted by any of the families. In March 1942, he and his brother both received a letter from Auschwitz asking for money for the release of their mother. Neither brother had the means to send money, which became a lifelong sorrow for both.
After the war's end, Ernest became acquainted with a Brethren family, and converted to Christianity at a meeting at the newly formed Capernwray Christian Conference Center. He earned a scholarship to an evangelical missionary training intstitute in Beatenburg, Switzerland, graduated at the top of his class, and went to Israel to learn Hebrew and to reconnect with his brother. After returning to Caperwray, Ernst emigrated to North America, where he preached at churches and Jewish missions throughout Canada and the United States. While on the American west coast he met up with the former matron of the Jewish children's home where he had lived as a child, who told him that every one of the children at the home had been killed on the way to the concentration camp. Ernst returned to Canada, where he became a pastor at the Calvary Baptist Church in Oshawa, Ontario. There, he met this future wife, Betty, married, and raised a family. He died in October, 1998.