Portrait of two young boys wearing Jewish badges in the Kovno ghetto, taken shortly before their round-up in the March 1944 "Children's Action." 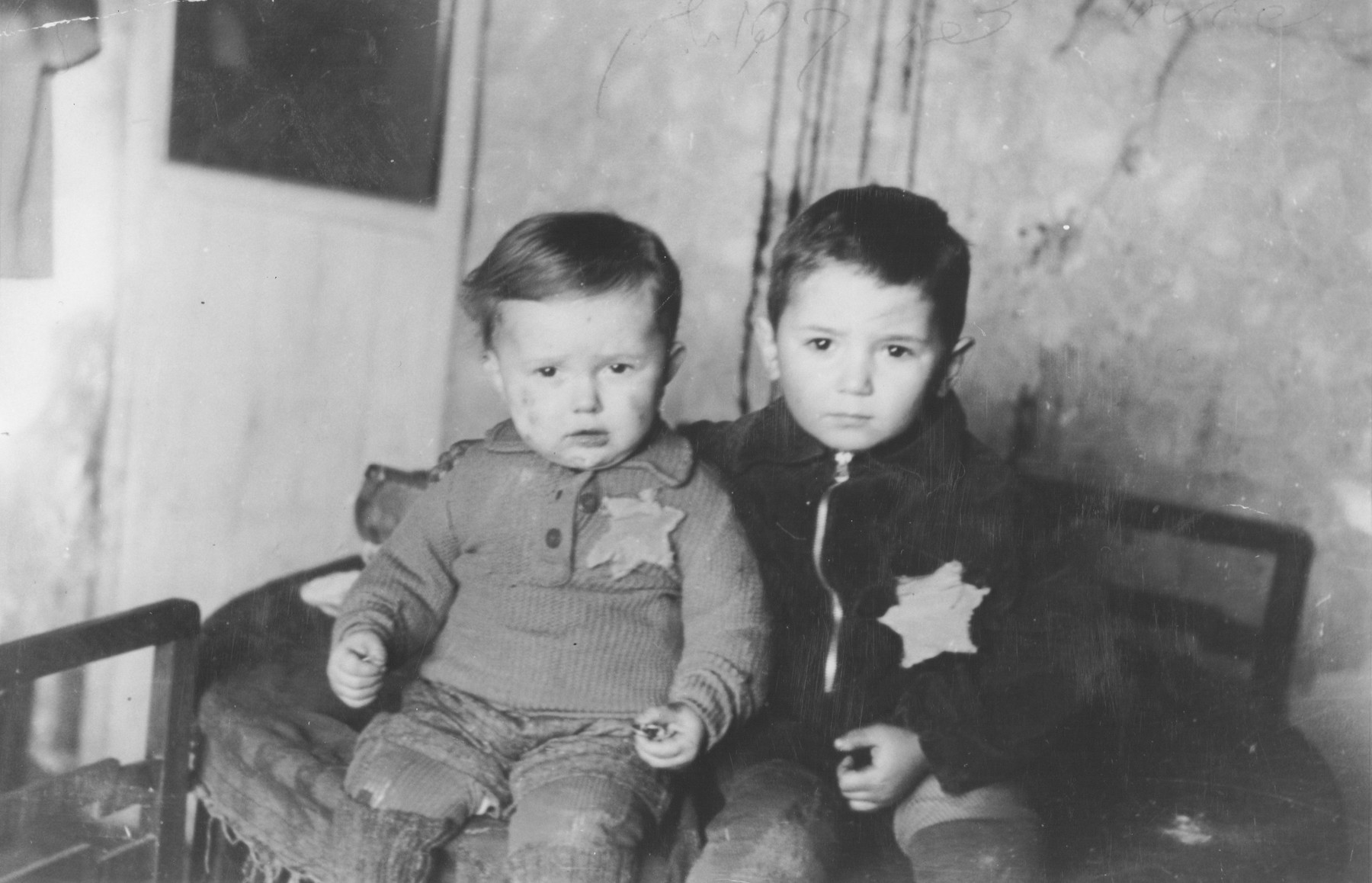 Portrait of two young boys wearing Jewish badges in the Kovno ghetto, taken shortly before their round-up in the March 1944 "Children's Action."

Pictured are Avram (5 years) and Emanuel Rosenthal (2 years). Emanuel was born in the Kovno ghetto. The children, who were deported in the March 1944 "Children's Action," did not survive. Their uncle, Shraga Wainer, who had asked George Kadish to take this photograph, received a copy of it from the photographer after the war in the Landsberg displaced persons camp.