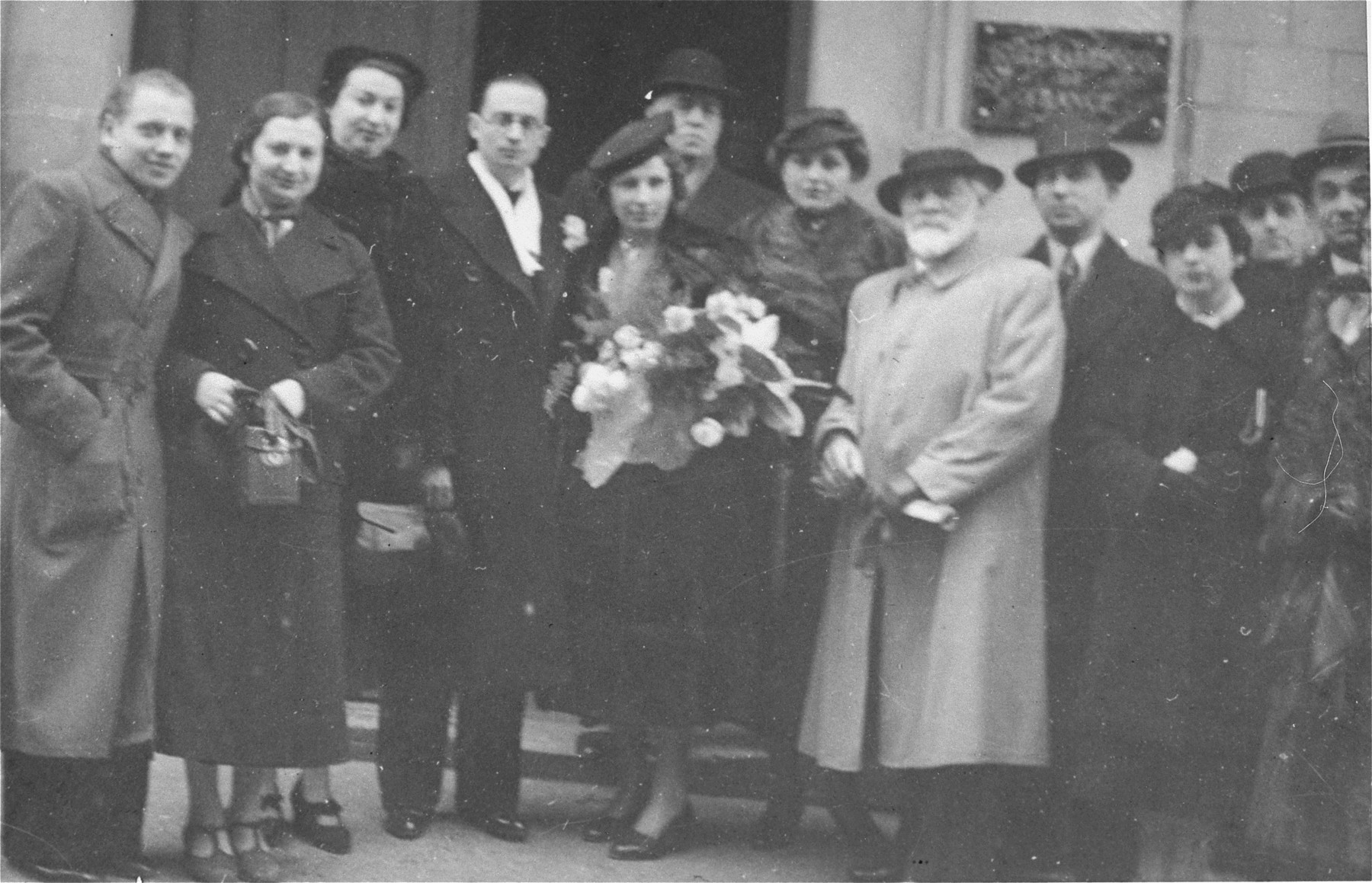 Among those pictured is the Jewish sculptor, Nahum Aronson (the bearded man on the right); the photographer Jacques Simpson (on the far left); the groom's sisters, Paula Markon Raizman and Olga Markon Baumgarten (to the left of the groom). They all survived the war and immigrated to the U.S. Also pictured are Luba Speiglass Fainas (behind the bride); and Sasha Fainas (next to Nahum Aronson). Both survived the war in hiding in Lyons.