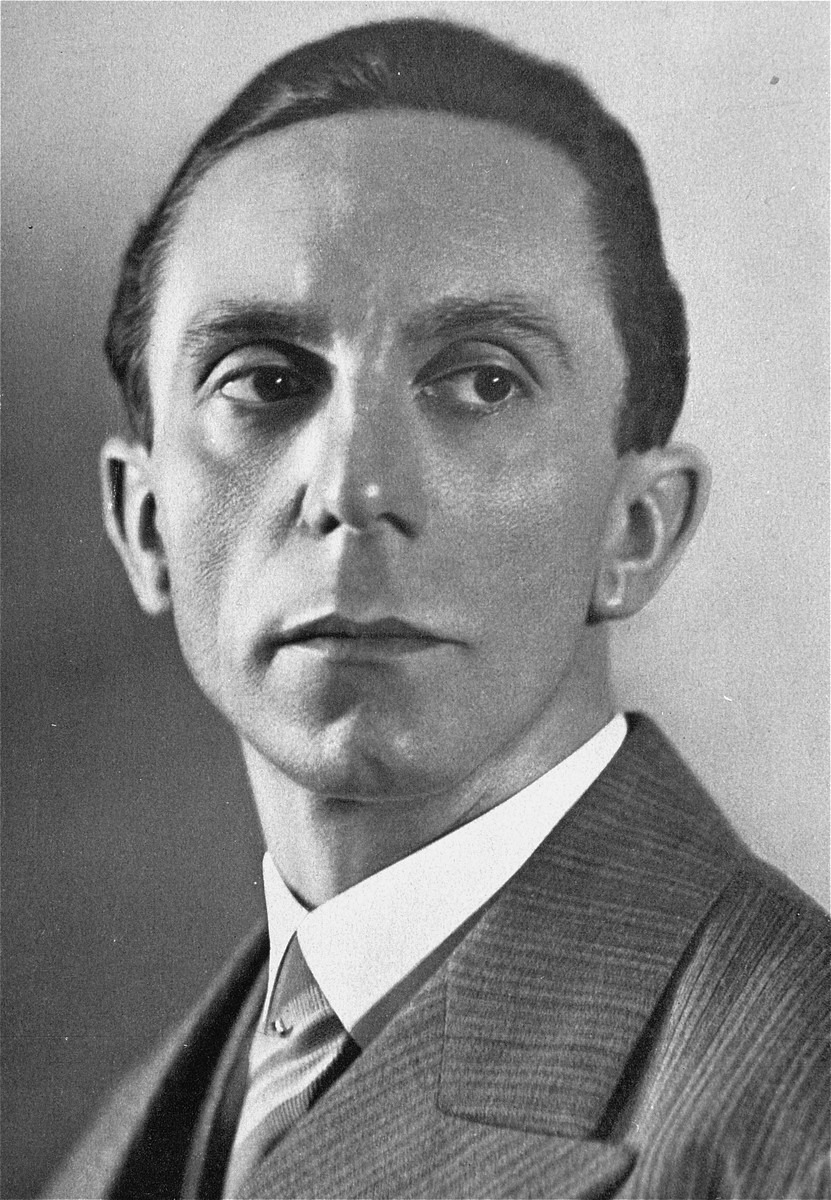 Biography
Dr. Joseph Goebbels (1897-1945), Reich Minister for Public Enlightenment and Propaganda, was educated by Jesuits under whom he studied literature and drama. He joined the NSDAP in 1922 and quickly earned a reputation for his radicalism to compensate for his slight stature, clubfoot, and intellectualism. Goebbels advanced quickly in the party, serving in a variety of capacities, from business leader to newspaper publisher. In 1926, Goebbels was part of a group that tried to have Hitler expelled from the party, but he demonstrated his political shrewdness by switching his position before the effort failed. Goebbels showcased his oratorical and theatrical flair in speeches to unemployed Germans in which he blamed Jews for Germany's economic problems. He was a master of words, turning student and SA member Horst Wessel into a martyr for the NSDAP. In 1929, he was appointed Reich Propaganda Leader, but his title was changed and his power augmented in 1933 when his title was changed to Reich Minsiter for Public Enlightenment and Propaganda and head of the Ministry of Culture. Goebbels distributed radios to citizens so they could listen to Hitler's radio addresses and organized book burnings. Goebbels also "organized" Kristallnacht on November 9 and 10, 1938, when Jewish shops, homes, and synagogues were looted and destroyed in response to the assassination of a minor German diplomatic official. Hitler admired Goebbels' skill and grew to trust his opinions and advice, eventually expanding his role to include military operations as well. In July 1944, Goebbels became General Plenipotentiary for Total War even though he knew little of military strategy and was rejected from the army. At the end of the war, Goebbels and his family stayed in the Fuehrerbunker with Hitler. He poisoned his six children, and he and his wife were shot, by request, by SS doctors.
Sources: Who's Who in Nazi Germany (Wistrich), pp. 96-100; Encyclopedia of the Third Reich (Zentner) 1:348-351 (photo included).