Group portrait of 52 former Jewish internees of Mauritius in an army unit in Mombasa, Kenya. They would later officially become part of the Jewish Brigade. 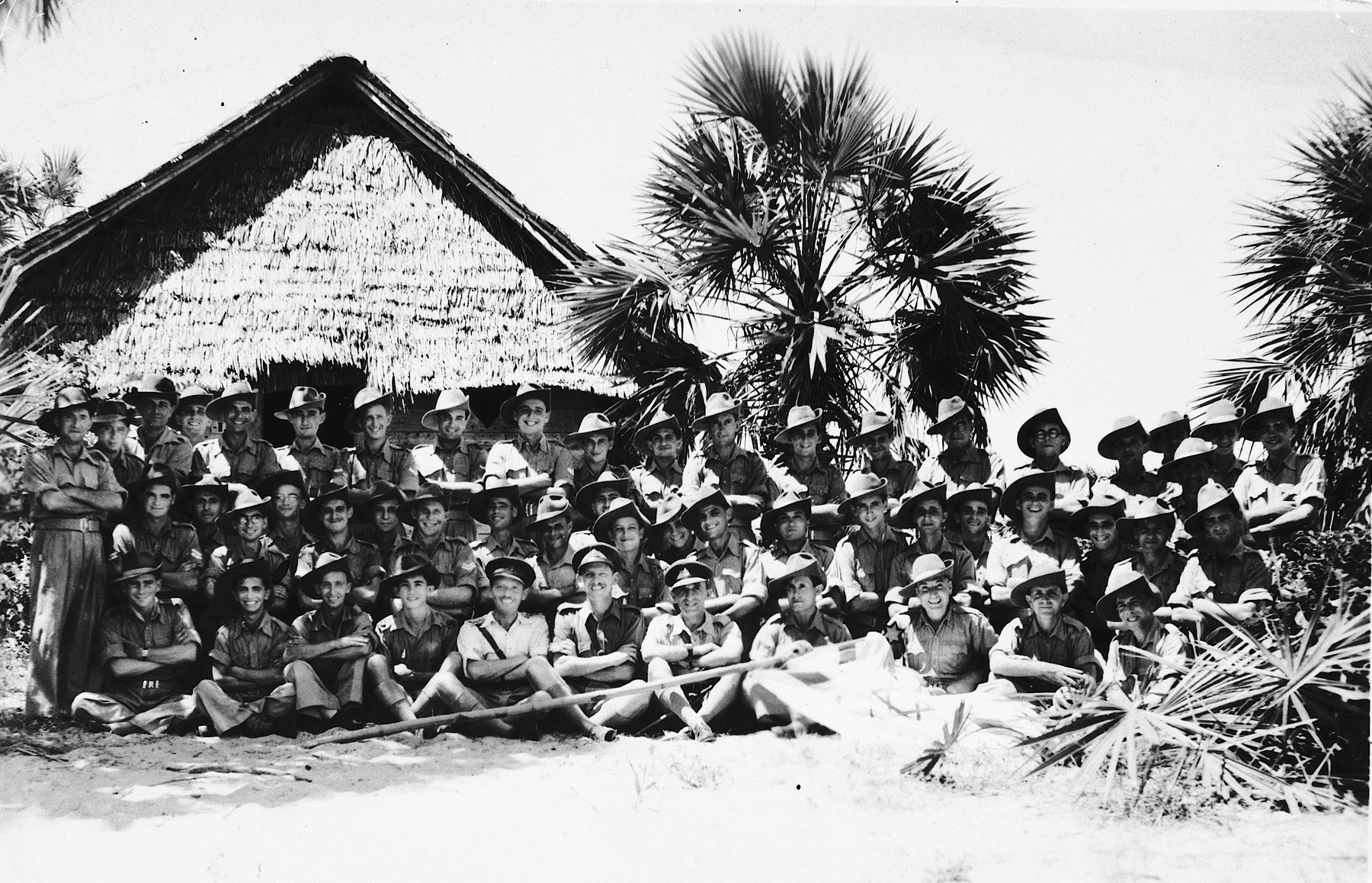 Group portrait of 52 former Jewish internees of Mauritius in an army unit in Mombasa, Kenya. They would later officially become part of the Jewish Brigade.

Hersh (Harry) Makowski is the son of Eliezer (Lejser) Makowski (b. Czechanow, 1878) and Frejda nee Rozensztejn Makowski (b. Zuromin, 1887). Hersh was born on February 23, 1922. He had eight older siblings: Molly, Fela, Abraham, Cheil (b. 1907), Rose, Israel, Genia (Golda) and Oved (Albert, b. 1917). Eliezer first worked as a businessman delivering goods to other stores in Zielun, and then moved to Danzig where he became a religious teacher. Rose moved to Great Britain before the war. She married a U.S. army serviceman in 1946 and emigrated to the U.S. with their daughter in 1947. In 1939 Cheil escaped Poland soon after the start of the war and attempted to immigrate to Palestine and joined a group of young Zionists that had gathered in Bratislava. They got to Kladovo, Yugoslavia but couldn't go further. Cheil was imprisoned and murdered by the Nazis in October 1941. Israel, Fela, Genia and Hersh left Danzig for Palestine in August 1940. They traveled via Bratislava, Slovakia to Romania, where they boarded an illegal immigrant ship, the Atlantic. Upon their arrival in Palestine the British detained all of the passengers of the ship for a few weeks in Athlit, and in December, they deported the refugees to Mauritius, an island in the Indian Ocean and kept them there for the duration of the war. In 1945 Hersh and Israel Makowski enlisted in the British Army and later joined the Jewish Brigade. After undergoing training in Egypt, they were sent to Western Europe. Their sisters were released from Mauritius and returned to Palestine in 1945. After the British disbanded the Jewish Brigade, Hersh was allowed to immigrate to Palestine, where he joined the Haganah and worked in ceramic tiling. In 1948 he participated in the War of Independence, under the Alexandroni Brigade and later the Golani Brigade. He moved to the United Stated in 1956 after a lingering amoebic disease he picked up in Mauritius which forced him to move to a cooler climate.