Ewa Kupferblum looks out from her crib in the Warsaw ghetto. 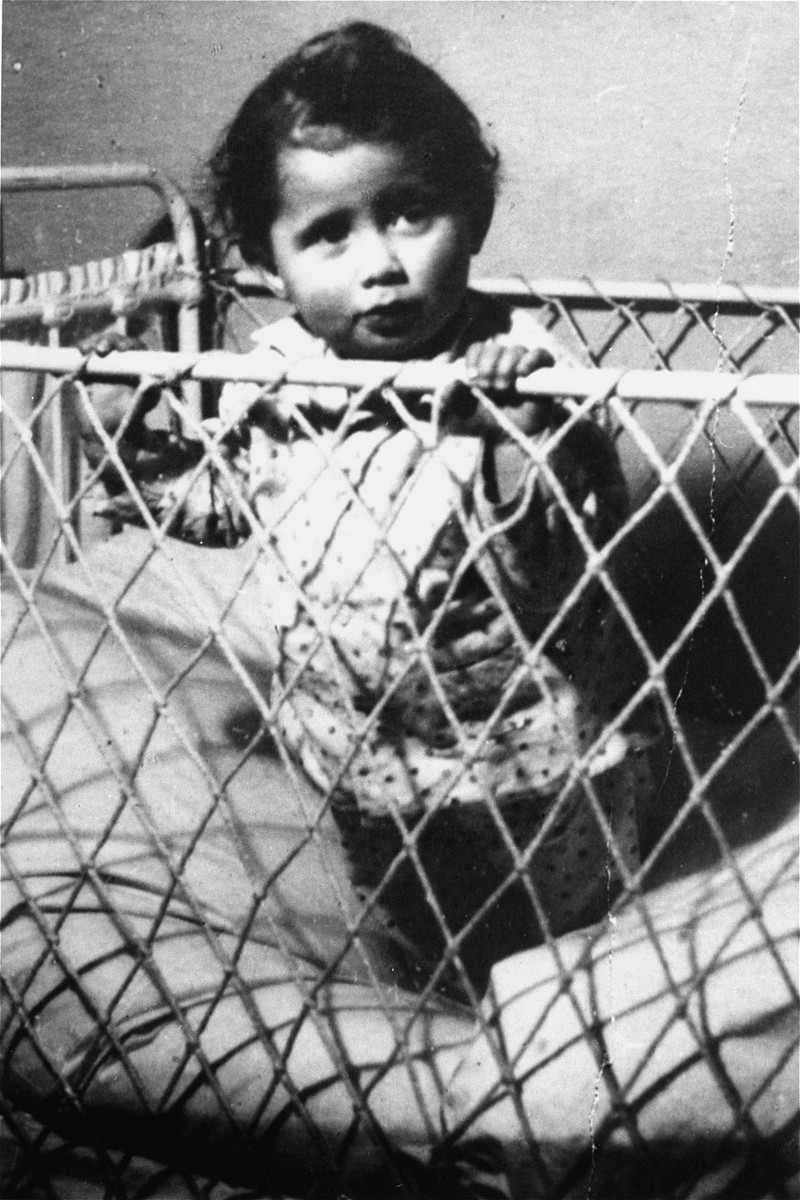 Ewa Kupferblum looks out from her crib in the Warsaw ghetto.

Biography
Eva Kuper (born Ewa Kupferblum) is the daughter of Abram (Antek) and Fela Kuipferblum. She was born in Warsaw in 1940, but soon after her birth, Ewa's family moved to Bielany, a suburb of Warsaw. There, her father befriended Mr. and Mrs. Rondio, a German couple who owned a store in town. In 1940 Ewa and her family were sent to the Warsaw ghetto. Since her mother's cousin, Regina Bankier, worked in forced labor at the local prison, the family was able to obtain one room for only five people. One day, a large mass of women and children including Ewa and her mother were gathered for deportation to Treblinka. As Ewa and her mother boarded the train, Ewa's Regina came running to them screaming that Ewa was her daughter. Ewa's true mother managed to pass the young child to her waiting cousin. (Regina later also was deported to Treblinka )

Ewa's father planned their escape from the ghetto, but Ewa became very ill with dysentery and they had to postpone their plans until she recovered. By the time Ewa became well again, her father decided that the safest way for them to escape would be through the sewers. Ewa and her father escaped successfully and met Ewa's paternal aunt on the Aryan side. They found temporary housing at the Rondios, but Ewa's father did not want to continually put his friends' lives at risk. Soon after their arrival at the Rondios' home, Ewa's father contacted Dr. Lande, a pediatrician who cared for the children of members of the fur trade union. He in turn placed Ewa in the home of Hanka Rembowska, a school teacher and illustrator of children's books who was already caring for a Polish war orphan. Hanka had tuberculosis, and when she became too sick to care for Ewa, she met a group of nuns at the train station and begged them to care for the two little girls. Sister Klara Jaroszynska agreed, and Eva moved to the Congregation of Franciscan Sisters convent (Servants of the Cross), in Zakopane. The convent cared for blind children, and Ewa was kept among them. The sisters received word whenever Nazis invaded the village, and removed Ewa to a shed, where she was hidden in a hole in the ground, covered with floorboards. After the war, Ewa's Aunt Sophie located her in the convent and brought her back to her father, who had also survived. In addition two of Abram's brothers, Leon and Stach, also survived. Her mother, Fela Kupferblum, was murdered in Treblinka in 1942. In 2005, Ewa reunited with Sister Klara Jarosznynska. Sister Klara was later honored as Righteous Among the Nations.