A group of young Jewish DPs on their way to Palestine via Austria and Italy, pose in the doorway of a train car. 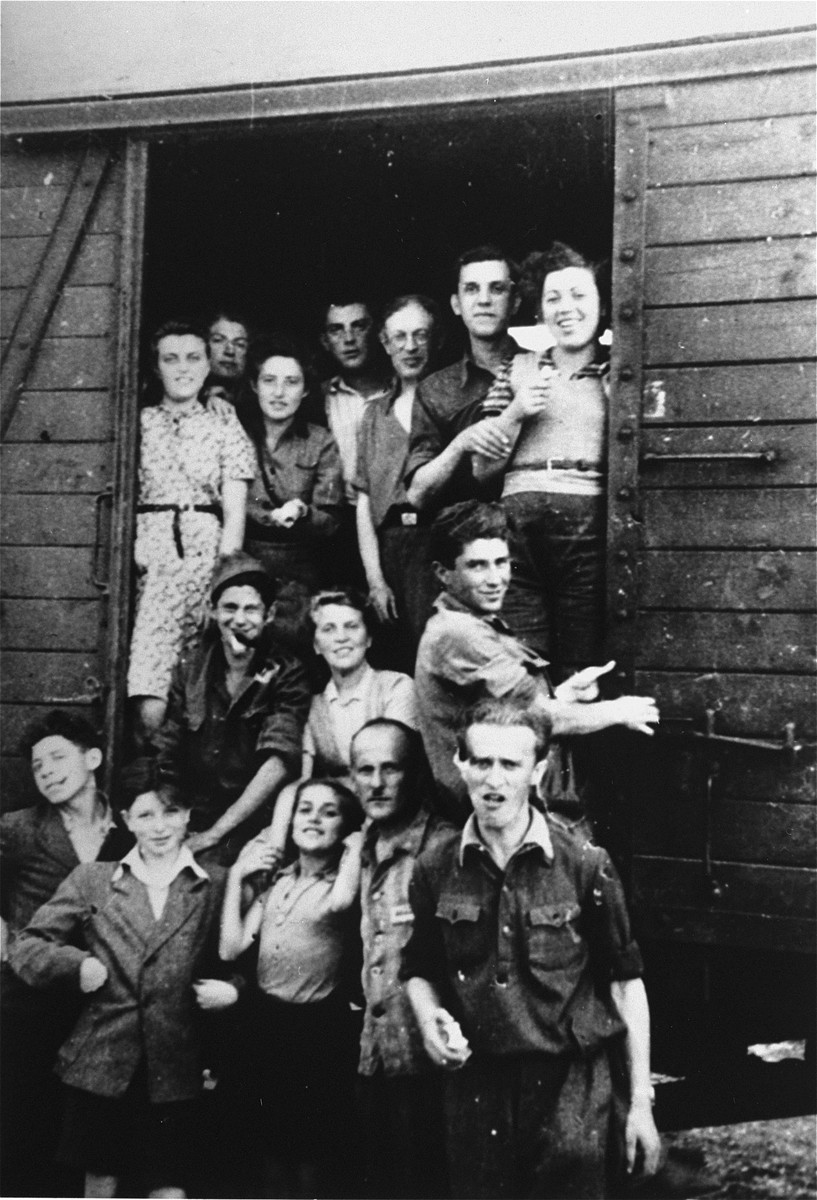 A group of young Jewish DPs on their way to Palestine via Austria and Italy, pose in the doorway of a train car.

https://encyclopedia.ushmm.org/content/en/article/brihah.
Biography
Sidney Zoltak (born Shie Zoltak) is the son of Israel Zoltak and Henia Kejles Zoltak. He was born in Siemiatycze, Poland on July 15, 1931 where his family owned a store. Before the war, Shie attended a Hebrew-speaking Tarbut school for two years, from 1937 to 1939. At the start of World War II, after approximately ten days of German rule, Siemiatycze came under Soviet control in accord with the Molotov-Ribbentrop pact. The Soviets forbade Hebrew instruction so for the next two years, Shie attended a Yiddish school. Soviet rule came to an abrupt end with the surprise German invasion of the Soviet Union on June 22, 1941. After the Germans entered the town the following day, they forced all Jews to observe a curfew and wear a yellow star. Then on August 1, 1942 the town’s Jews were forced to live in a ghetto. Three months later, Germans together with Ukrainian and Lithuanian collaborators began to liquidate the ghetto of approximately 7500 Jews, and over a one-week period from November 2 to 9 deported its residents to Treblinka. Shie, his parents, grandmother and uncle were among the handful that succeeded in escaping during the night of November 2, 1942. Henia's sister Rachel Lisogurski, her husband Abraham and four-year-old daughter Chana also managed to escape from the encircled ghetto. Sometimes the family stayed together, but most of the time they hid separately. In May 1943, the son of a Catholic Polish farmer named Krynski found Shie and his parents hiding in the forest. The Krynskis barely knew the Zoltaks though they occasionally shopped in their store, and once Henia had given them merchandise that they could not afford to purchase After asking his parents and older sister if they would agree to help, the Krinski’s son brought the Zoltaks back with him to his farm. The Krynskis later sheltered an additional four Jews including Henia’s brother, Yehoshua Kejles. The Zoltaks stayed with the Krynskis for the next year until their liberation by the Soviet army in the summer of 1944. After liberation it took about a week for them to make it home to Siemiatycze because of the fierce fighting in the area. Henia’s mother, Riva Kejles, her brother Yehoshua (Shie) Kejles, and two sisters, Rachel Kejles Lisogurski and Itke Kejles Lichtenfeld also survived. Shie briefly attended a Polish elementary school in Siemiatycze, but after a while the family left their hometown for Lublin. After Riva Kejles passed away in March 1945 in Bialystok, the surviving family decided to leave Poland in hope of getting to Palestine. They traveled through Slovakia and Hungary and came to Aradia Mare in Transylvania where they stayed for about for about a month. However, once they realized they could not get to Palestine through Romania they returned to Hungary. From there they traveled to Austria and eventually made their way to Italy. Shie stayed with his parents briefly in a number of DP camps in Bologna, Modena and Padova, before going to the youth aliyah children’s home, Selvino, in the hope of increasing his chances of immigrating to Palestine. However after the death of his father, Israel Zoltak, in December 1945, Shie went to keep his mother company in Cremona for a few months before returning to Selvino for an additional half a year. After her husband’s death, Henia abandoned her plan to go to Palestine in favor of joining relatives in Canada. In May 1948 she and Shie left Italy for Canada on board the SS Sobieski.