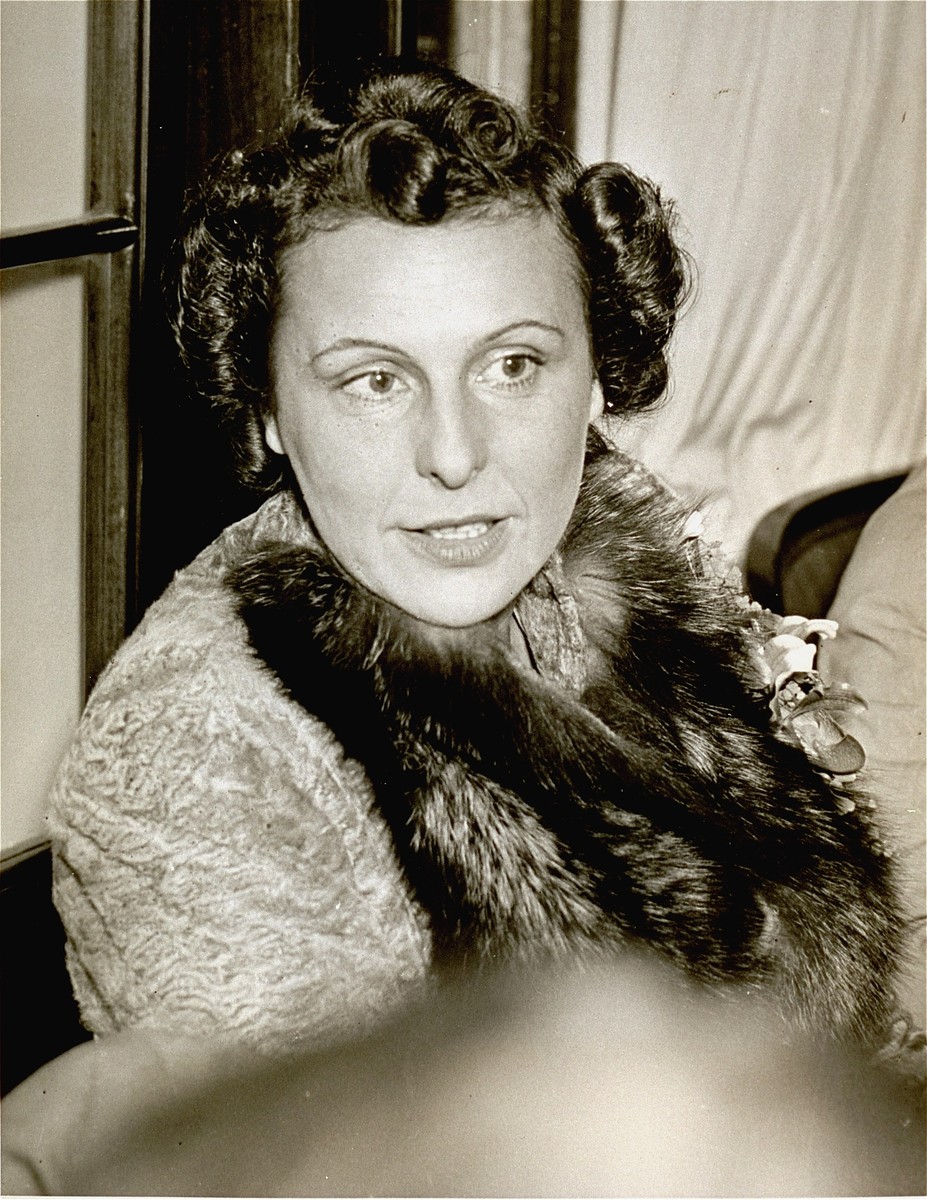 The photo was found among papers in Julius Streicher's estate at Fuerth. Also found were intimate letters from Streicher to Riefenstahl, in whom he had a romantic interest.

Biography
Leni Riefenstahl (1902-2003) began her artistic career as a ballet dancer. She began her career in film as an actress in 1925, starring in the "Der Heilige Berg" (The Holy Mountain). Throughout the remainder of the 1920s and into the early 1930s, Riefenstahl made a number of "mountain" movies, her last being "SOS Eisberg" in 1933. In that year, Riefenstahl was commissioned by Adolf Hitler to begin making films for the NSDAP. In that position, Riefenstahl became the "cinematic interpreter" of the National Socialist vision of a perfect German society. In 1935, she produced Reichsparteitag (Reich Party Day) and in 1938, her documentary of the 1936 Berlin Olympic games was released. Her greatest work however, was entitled "Triumph des Willens" (Triumph of the Will). Produced in 1935, the film is a documentary of the 1934 Nazi party rally in Nuremberg. Following the downfall of the Third Reich, Riefenstahl came under attack for her complicity in making Nazi propaganda. Riefenstahl responded to her critics by claiming political naivete and ignorance of the intentions of the Nazis.