Dr. Robert Ley, the former leader of the German Labor Front (DAF), following his arrest by American troops with the 101st U.S. Airborne Division at his mountain home near the Austrian border. The American soldier pictured is Robert Guggenheim. 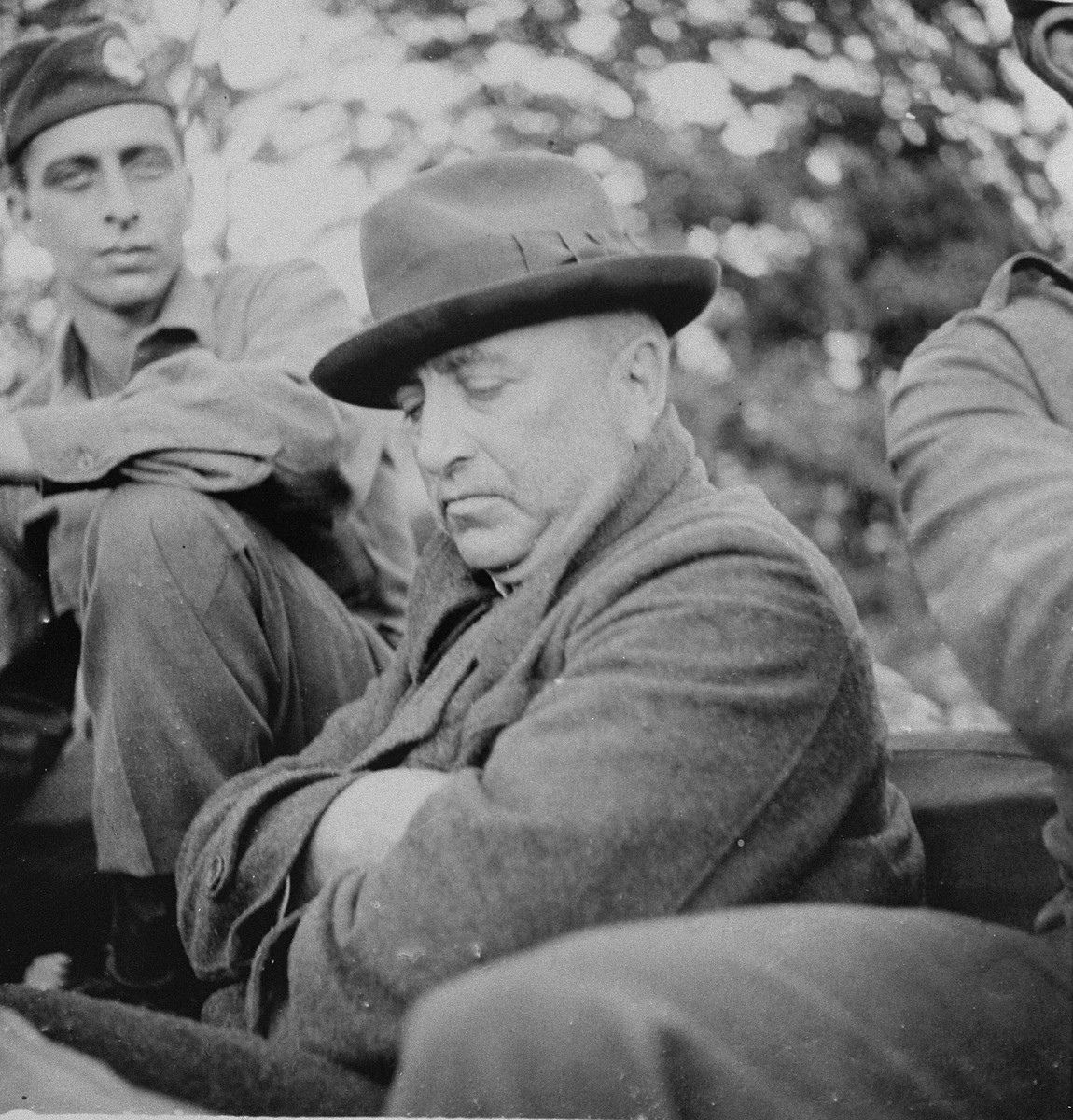 Dr. Robert Ley, the former leader of the German Labor Front (DAF), following his arrest by American troops with the 101st U.S. Airborne Division at his mountain home near the Austrian border. The American soldier pictured is Robert Guggenheim.

At the time of his capture, Ley was posing as Dr. Ernst Distelmeyer, but he was identified by Franz Xaver Schwarz, the former treasurer of the Nazi Party and one of Ley's oldest enemies.

Biography
Robert Ley (1890-1945), Nazi politician and head of the German Labor Front (DAF). A chemist by profession, Ley served as a pilot in World War I and was shot down over France. Following the war, Ley returned to Germany and in 1920 was employed by the I.G. Farben chemical conglomerate. He joined the NSDAP in 1923 and was appointed Gauleiter of the South Rhineland in 1925. Three years later he was elected to the Prussian Landtag and then to the German Reichstag in 1930. In 1932 Ley replaced Gregor Strasser as Chief of Organization of the NSDAP. Following the dissolution of the trade unions in 1933, Ley established the Deutsche Arbeitsfront (German Labor Party or DAF). As head of the DAF Ley became the "undisputed dictator of labor" in Germany and succeeded in building a mass organization of 25 million members. After the war Ley was indicted by the International Military Tribunal at Nuremberg. However, he managed to hang himself in his cell shortly after the start of the trial on October 25, 1945.