Dr. Edwin Ellenbogen on trial in front of an American military court for crimes he allegedly committed at Buchenwald. 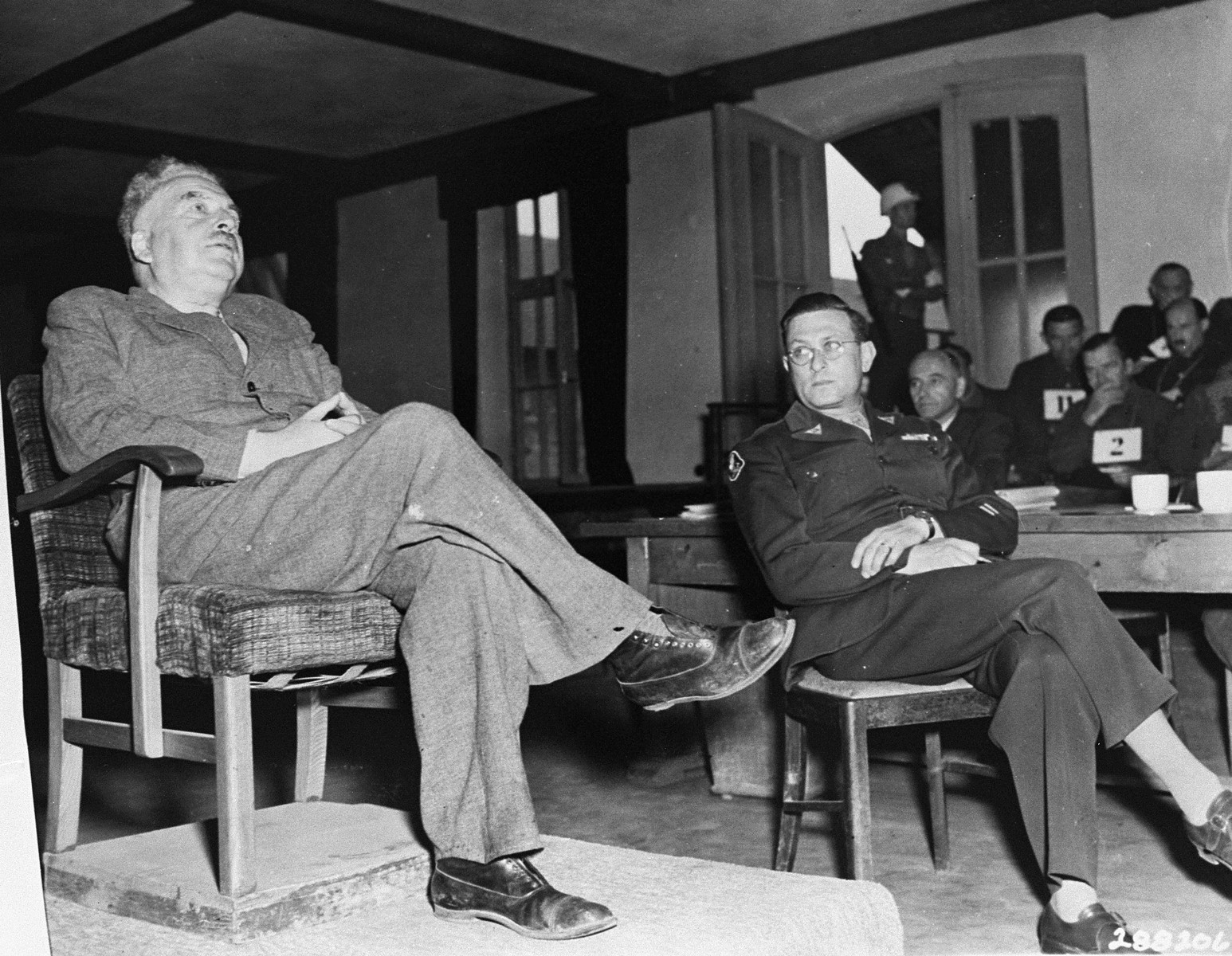 Dr. Edwin Ellenbogen on trial in front of an American military court for crimes he allegedly committed at Buchenwald.

https://www.ushmm.org/wlc/en/article.php?ModuleId=10007145.
Biography
Dr. Edwin Ellenbogen was a former American citizen who left the U.S and was captured by the Germans. Following his capture, he was sent to Buchenwald as a prisoner and worked there as a doctor.