Major Flakenberg, a member of the Danish police, testifies for the prosecution at the trial of former camp personnel and prisoners from Buchenwald. To his left is Fred Stecker, an interpreter. 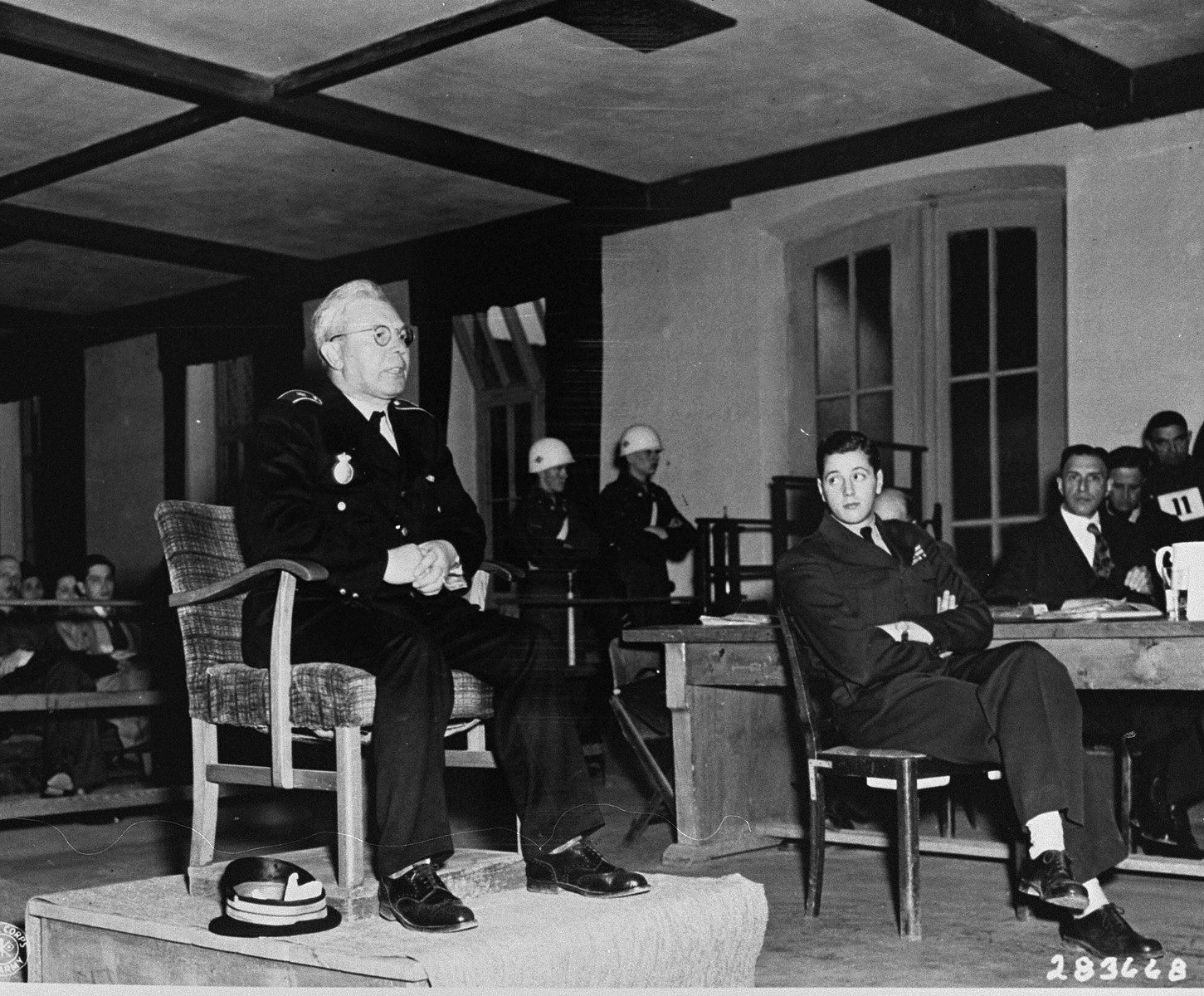 Major Flakenberg, a member of the Danish police, testifies for the prosecution at the trial of former camp personnel and prisoners from Buchenwald. To his left is Fred Stecker, an interpreter.

Event History
On March 4, 1947, American forces at Dachau charged 28 former camp personnel, 2 former kapos, and 1 former prisoner with participating in the operation of the Buchenwald concentration camp. Among those charged were former camp doctors and SS officers, including Hermann Pister, who was commandant of the camp from 1942 to 1945; Josias Erbprinz zu Waldeck-Pyrmont, who was SS-Obergruppenfuehrer and head of judicial matters; and Ilse Koch, a former Aufseherin and the wife of Karl Koch, who was Buchenwald commandant from 1937 to 1941. The trial began on April 11 and the sentences were handed down on August 14, 1947. Altogether, 22 of the defendants were sentenced to death by hanging, 5 were sentenced to life in prison, and 4 received shorter sentences. Pister was sentenced to death and died in an American prison. Waldeck-Pyrmont was sentenced to life, but was released in December 1950 for health reasons. Ilse Koch was sentenced to life but was released in 1949. After strong pressue by the US Senate, a Greman court sentenced to life again in 1951.
https://www.ushmm.org/wlc/en/article.php?ModuleId=10007145.