Father Louis Leclerc, a former prisoner, testifies at the trial of former camp personnel and prisoners from Flossenbuerg. On the right is Fred Stecker, a court interpreter. 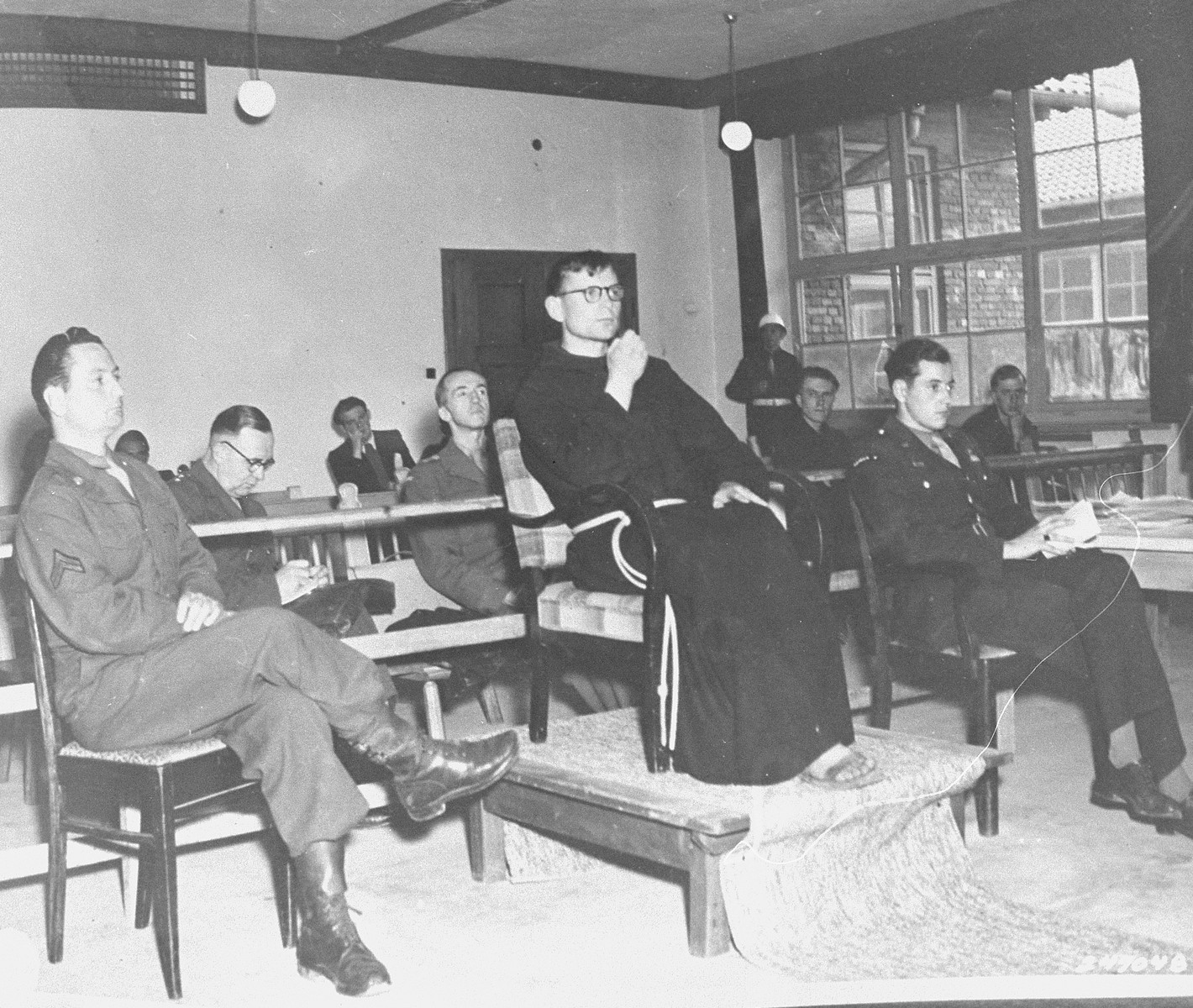 Father Louis Leclerc, a former prisoner, testifies at the trial of former camp personnel and prisoners from Flossenbuerg. On the right is Fred Stecker, a court interpreter.

Event History
Forty-five former camp personnel and prisoners from the Flossenbuerg concentration camp were brought to trial in front of an American Military Tribunal in Dachau, Germany, on June 12, 1946, charged with killing, beating, starving, and mistreating the prisoners under their charge. After over six months of testimony, the Tribunal returned its verdicts on January 22, 1947, finding all but five of the defendants guilty. Fifteen of the defendants were sentenced to death by hanging, eleven received life sentences, and the remaining fourteen received jail terms from one to thirty years. Those sentenced to death were executed on in Landsberg October 2, 1947.