Four Polish women arrive at the train station in Nuremberg to be prosecution witnesses at the Doctors Trial. 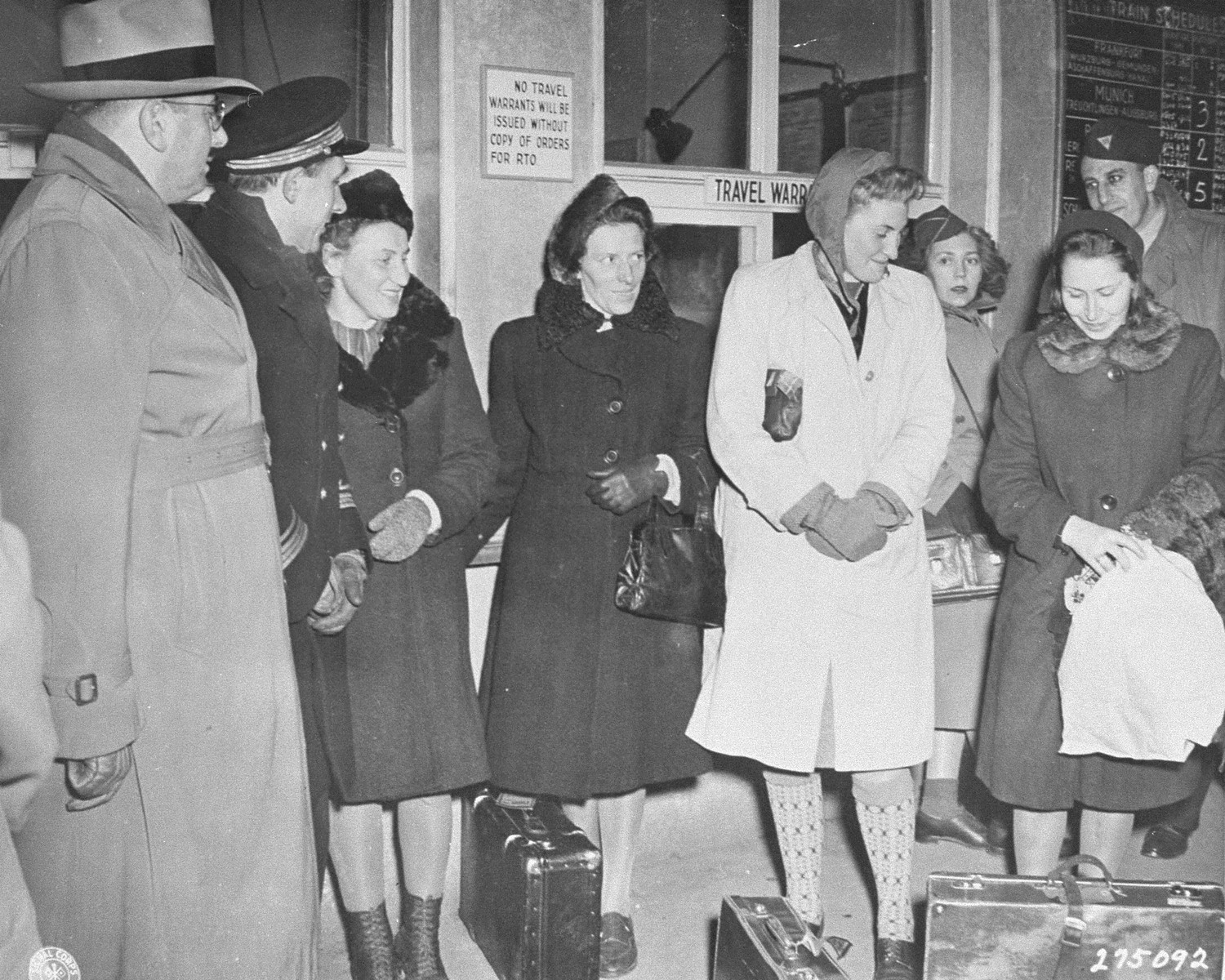 Four Polish women arrive at the train station in Nuremberg to be prosecution witnesses at the Doctors Trial.

https://encyclopedia.ushmm.org/content/en/article/the-doctors-trial-the-medical-case-of-the-subsequent-nuremberg-proceedings.
Biography
Jadwiga Hassa (born Jadwiga Dzido) is the daughter of Jozef and Katarzyna Dzido. A Polish Catholic, Jadwiga was born in Suchowola, Poland on January 26, 1918 but was raised in Lukow. Her father was killed during World War I, and her mother supported the family by working for the pharmacist named Teodozjusz Nowinski. Teodozjusz, who had no children of his own, took a special interest in Jadwiga and encouraged her to pursue higher education. In September 1938, Jadwiga began her study of pharmacology at the University of Warsaw. She returned home on June 24, 1939 to work at Teodozjusz' pharmacy during her summer vacation. Before she could return to Warsaw for the new term, however, the war had started. Jadwiga decided to remain in Lukow and continue working at the pharmacy. She joined the ZWZ, the youth organization associated with the Polish Home Army, and assisted the underground by administering first aid, obtaining medications, and distributing illegal publications. On March 28, 1941, the Gestapo arrested Jadwiga and sent her to the prison in Radzyn. Though she was never told the specific charges against her, she believed the Gestapo suspected her of supplying the underground with poisons to use in killing Germans. Subsequently, Jadwiga was transferred to a prison in the dungeon of Lublin castle, where she was beaten and tortured in order to get the names of other members of the underground. Jadwiga refused, and after six weeks, on September 21, 1941, she was deported to the Ravensbrueck concentration camp. As a Polish political prisoner, she had to wear a red triangle marked with the letter P. Her prisoner number was 7860. Jadwiga was assigned to a labor detail where she transported construction materials, but later worked in the camp's shoe factory making straw inserts and rabbit fur linings. Her greatest suffering came at the hands of SS doctors who performed torturous medical experiments upon her. They injected staphylococcus aureus, a highly potent pyogenic bacteria, into her right causing a high fever and then made two incisions into the leg to simulate the battlefield wounds of German soldiers. Though many other experiment victims were treated with sulfonamides, Jadwiga was part of the control group who received no medication. She became extremely ill and lay semi-conscious for three months. It took a full five months for her wounds to heal. Jadwiga was left permanently scarred by her treatment and continued to suffer pain and stiffness in her leg and foot for the rest of her life. The Germans planned to execute all experimentation victims on February 4, 1945 in order to hide the evidence of their crimes. Jadwiga's friends, however, were able to save her by hiding her beneath the slats of a wooden floor. Jadwiga remained in Ravensbruck until camp evacuation on April 28, 1945 when camp authorities sent the victims of operations along with the other remaining prisoners on a death march. She returned home on crutches only to learn that her mother had been killed during the bombardments of the final days of the war. Teodozjusz Nowinski had also perished after being deported to Auschwitz. After the war, Jadwiga returned to Warsaw and completed her education at Warsaw University. On December 17, 1946, she presented evidence at the Nuremberg Medical Case trial of 23 former SS physicians. After completing her education, Jadwiga worked for a pharmaceutical company in Warsaw. In 1951, Jadwiga married Jozef Hassa, a former Polish POW, with whom she had two children.