Wladislava Karolewska, one of four Polish women to appear as prosecution witnesses, on the stand at the Doctors Trial. 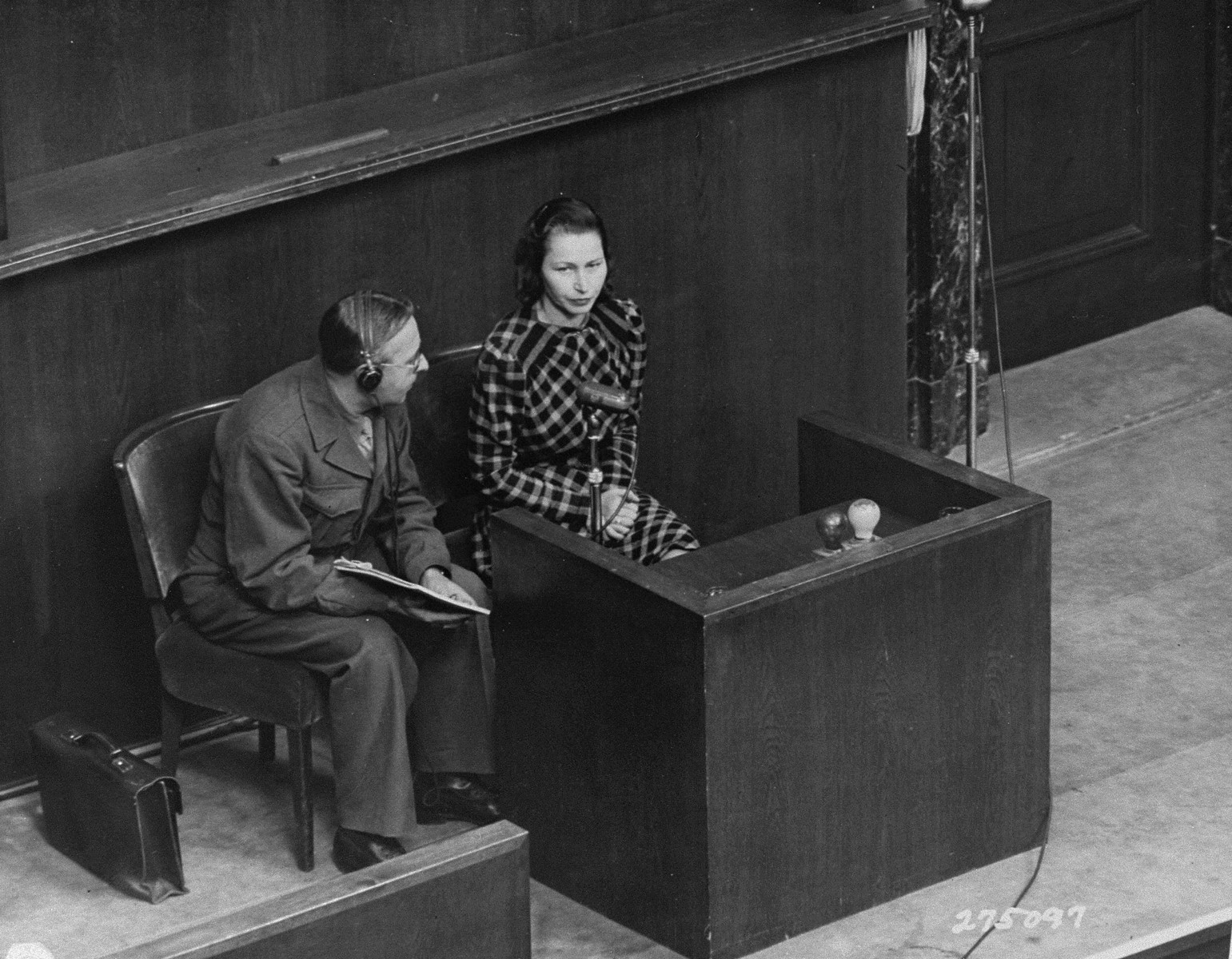 Wladislava Karolewska, one of four Polish women to appear as prosecution witnesses, on the stand at the Doctors Trial.

https://encyclopedia.ushmm.org/content/en/article/the-doctors-trial-the-medical-case-of-the-subsequent-nuremberg-proceedings.
Biography
Wladyslawa Lapinska (born Wladyslawa Karolewska) is the daughter of Helena and Jakub Karolewski. She had two sisters Helena (later Piasecka) and Henryka (later Szawarin). A Polish Catholic, she was born on March 15, 1909 in Zuromin, Poland and worked as a pre-school teacher in Grudzidz before the war. When the war broke out, she moved to Lublin with her sister and began to work in the anti-German resistance movement as a courier. On February 13, 1941 the Gestapo arrested her together with her two sisters and brothers-in-law. Her brothers-in-law, Edward Piasecki and Wladyslaw Szawarin, were murdered in Auschwitz concentration camp in either 1941 or 1942. The sisters were sent to Lublin prison where they were interrogated and beaten. The Gestapo tried to get them to confess to the kind of work they did for the resistance and who worked with them. Henryka was eventually released. Wladyslawa and Helena were sent to the Ravensbrueck concentration camp. On 23 September 1941 Wladyslawa arrived in Ravensbrueck concentration camp, where she was forced to perform hard physical labor at a construction site in addition to working in a workshop. On August 14, 1942 she was subjected to pseudo-medical experiments with sulfonilamides without her consent. She was given the injection in her leg and taken to the operating room. When she regained consciousness her leg was in the cast, she was in pain and had a very high fever. In all she was subjected to six different operations on the muscles and bones of both legs leaving her unable to walk until February 1944. For the rest of her life, Wladyslawa experienced chronic pain and swelling of both her legs, and from time to time her wounds would reopen. Wladyslawa returned to Poland on April 28, 1945 but was unable to work in her former profession as a pre-school teacher again. In 1948, she married Stefan Lapinski, a survivor of the Majdanek concentration camp. Her sister, Helena Piasecka, who also subjected to medical experimentation, immigrated to the United States and settled in Cleveland, OH.