Studio portrait of Israel and Chana Fajga Pesses with their children, Berthe and Albert. 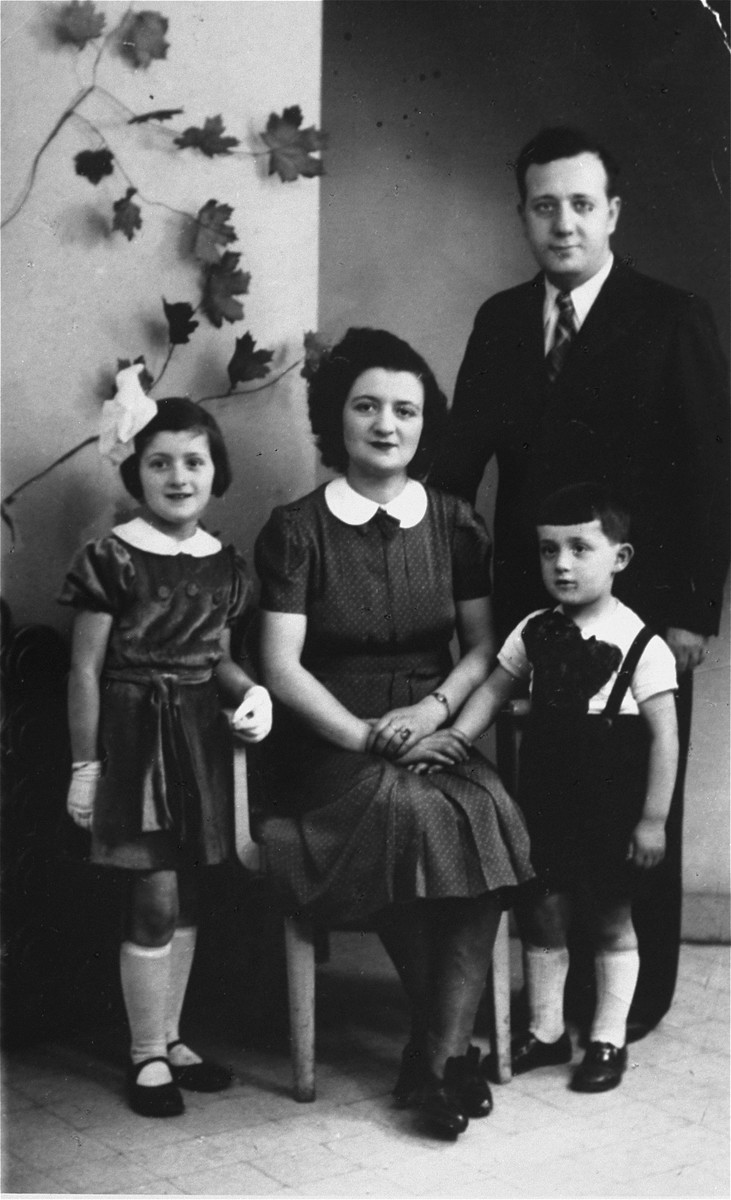 Studio portrait of Israel and Chana Fajga Pesses with their children, Berthe and Albert.

Biography
Berthe Cygelfarb (born Berthe Pesses) is the daughter of Israel and Chana Fajga (Fenigztajn) Pesses, Polish Jewish emigrés, who had moved to Belgium (from Opoczno and Nowe-Miastrow, respectively) in the interwar period. Berthe was born July 18, 1931 in Brussels, where her father worked as a tailor. She had one brother, Albert (b. 1934). In 1933, after Belgian police raided a communist demonstration that Israel Pesses had attended, the family was forced to leave. The Pesses' moved to Paris, where Berthe's parents eked out a living sewing garments in their apartment. The Pesses' remained in Paris after the fall of France. As a foreign-born Jew, Berthe's father was arrested in May 1941 and sent to the Pithiviers internment camp. Every week the family made the trip from Paris to visit him until his deportation on convoy #4 to Auschwitz on June 24, 1942. Israel Pesses arrived on June 27 and died one month later, on July 28, 1942. Shortly afterwards, on July 16, 1942, French police initiated the massive Vel d'hiv round-up of Jews living in Paris. Berthe's family escaped the police action by hiding in an attic. After the round-up was over they returned home briefly to pick up some belongings and fled to the countryside. Berthe and her brother found a hiding place, with the help of the OSE, in the home of the Leroux family in Brou, while her mother hid separately in Paris. After the war Berthe lived in three children's homes: Saint Quay-Portrieux, Champfleurs and Le Tremplin.