Defendant Gregor Ebner pleads "not guilty" during his arraignment at the RuSHA Trial. 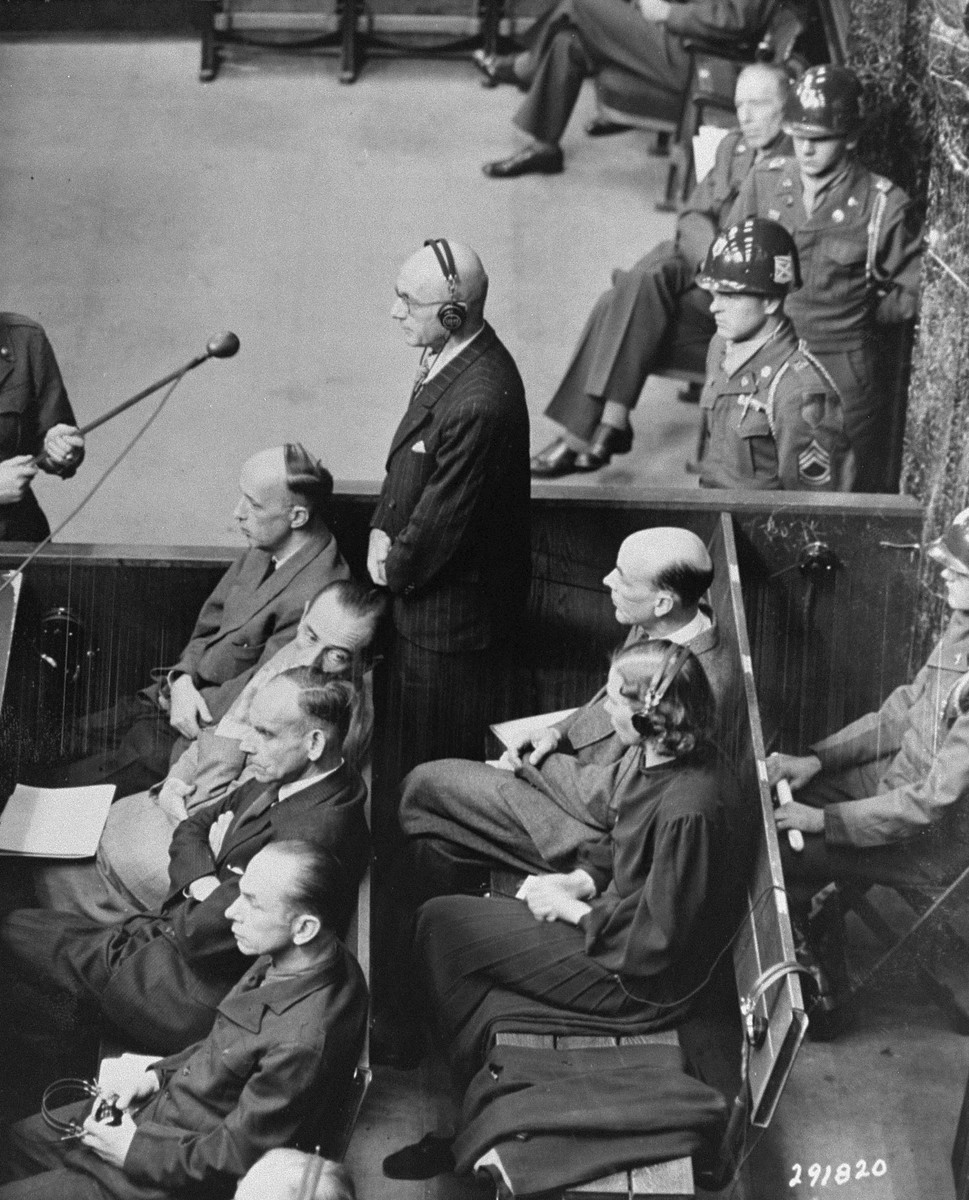 Defendant Gregor Ebner pleads "not guilty" during his arraignment at the RuSHA Trial.

https://www.ushmm.org/wlc/en/article.php?ModuleId=10007079.
Biography
Gregor Ebner (1892-1974), SS-Oberfuehrer, was Chief of the Main Health Department of Lebensborn. Ebner joined the NSDAP in 1930, and the SS shortly afterward. He was considered an expert on matters of "racial hygiene," and became a special SS lecturer on "problems of racial selection." A close friend of Heinrich Himmler from their school days, Ebner was able to secure a position in the RuSHA, the Office of Race and Resettlement in the Lebensborn program, a system of houses for women of Aryan descent and SS men to "breed" children. At the Steinhoering Lebensborn house, Ebner presided over the birth of some three thousand illegitimate children and performed reproduction experiments on women. As a physician, it was Ebner's duty to determine which children from occupied territories were suitable for "Germanization". Those that were deemed suitable, often the children of Poles or Czechs, were kidnapped; those that were not suitable were often deported to concentration camps. Towards the end of the war, Ebner was captured. He was tried for crimes against humanity, war crimes, and membership in a criminal organization as one of the defendants in the "RuSHA Case" in Nuremberg. He was acquitted of the first two charges, and convicted on the the third, but was released, having already served his time. He died in 1974, still convinced that Lebensborn was the salvation of German blood.