Philipp Auerbach is sworn in as a prosecution witness during the Ministries Trial. 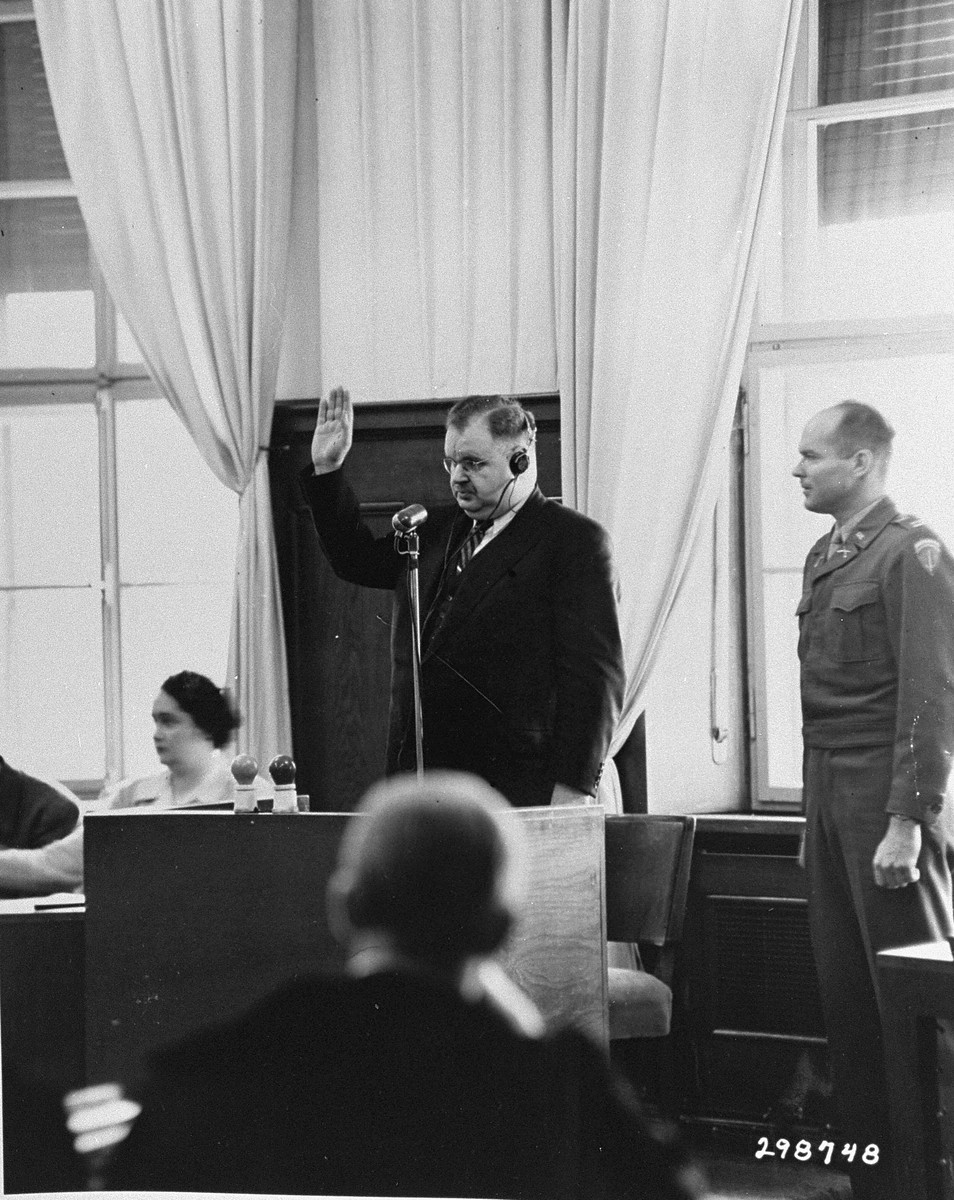 Philipp Auerbach is sworn in as a prosecution witness during the Ministries Trial.

Auerbach testified about his imprisonment in Auschwitz as a political prisoner. He testified to the lining up of naked women by SS men and the shaving of their hair in the most brutal manner. His testimony was directed against the defendant Berger who was Prisoner of War officer in the Reich Chancellory. The defense had no questions to ask this witness.

https://www.ushmm.org/wlc/en/article.php?ModuleId=10007070.
Biography
Philipp Auerbach, was born in Germany and had moved to Belgium where he became head of a chemical import-export company. After the German invasion of Belgium he was arrested and sent to Gurs and was later deported to Auschwitz. His wife, Martha, and daughter, Helen, managed to flee to Cuba and then come to the United States. In Asuchwitz he served as the chief chemist preparing medicines and pesticides. He attested to having been coerced into making soap from human remains. After liberation he served the first chairman of the State Federation of North Rhine and Westphalia and later as the chairman of the Association of Jewish Communities in Bavaria. In 1946 he was appointed state commissioner of the Bavarian provincial government for religious, political and racial victims of the Nazis, thereby becoming one of the first Jews to play a role in postwar German political life. He was among the first to work for the financial compensation of victims of Nazism. In January 1951 he became a member of the Central Council of Jews in Germany. One month later he was accused of financial misconduct and forgery in regard to reparations payments. His supporters insisted that he never personally benefited from the fraud, and that he gave all the money to the victims. On August 14, 1952 Auerbach was found guilty and sentenced to two and a half years in prison by a court of five judges, three of whom had had contacts with the Nazi party. Two days later, Auerbach committed suicide. Four years later he was posthumously cleared of all charges.