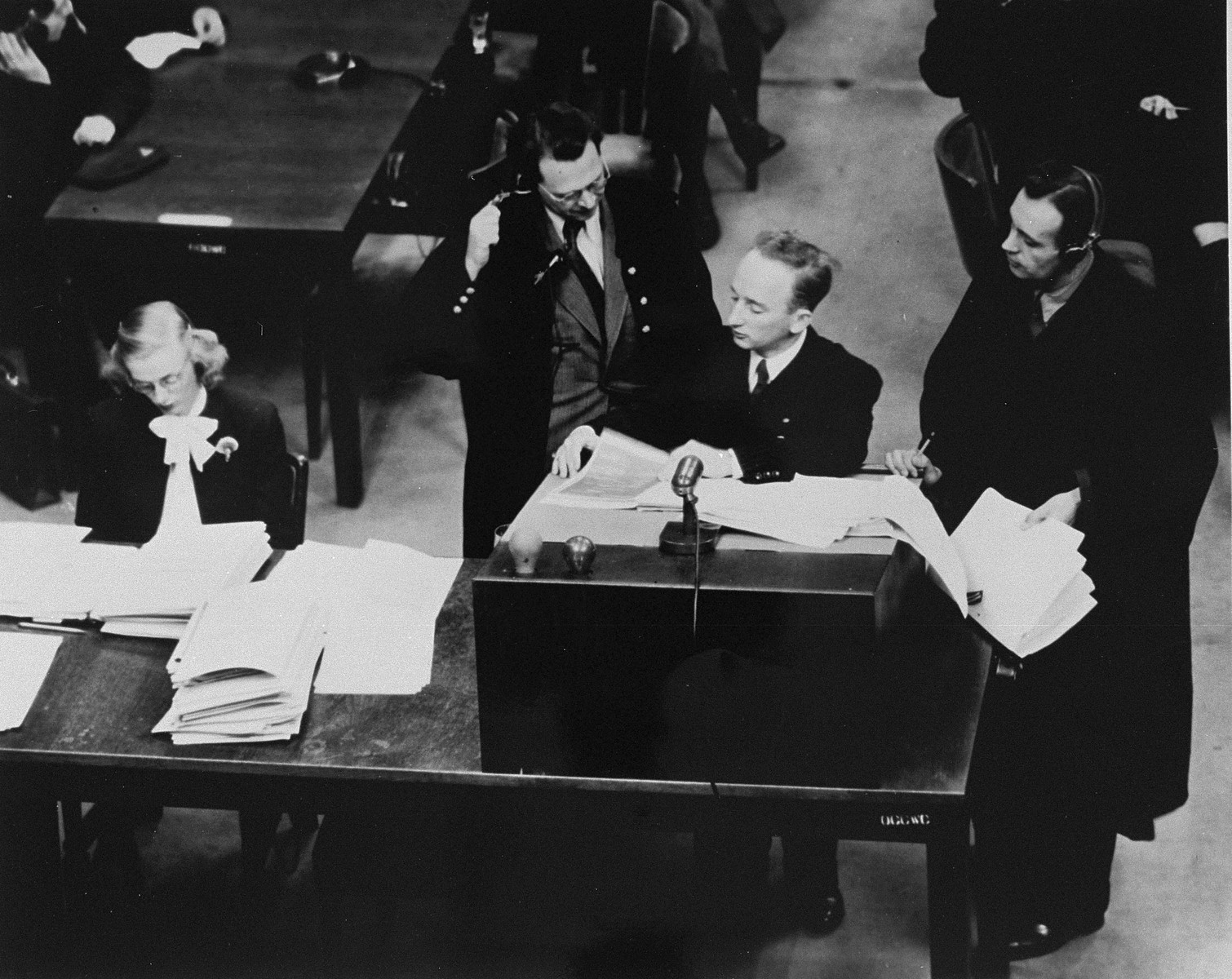 Ferencz is flanked by German defense lawyers, Dr. Friedrich Bergold (right, counsel for Ernst Biberstein) and Dr. Rudolf Aschenauer (left, counsel for Otto Ohlendorf), who are protesting the introduction of the documents as evidence.