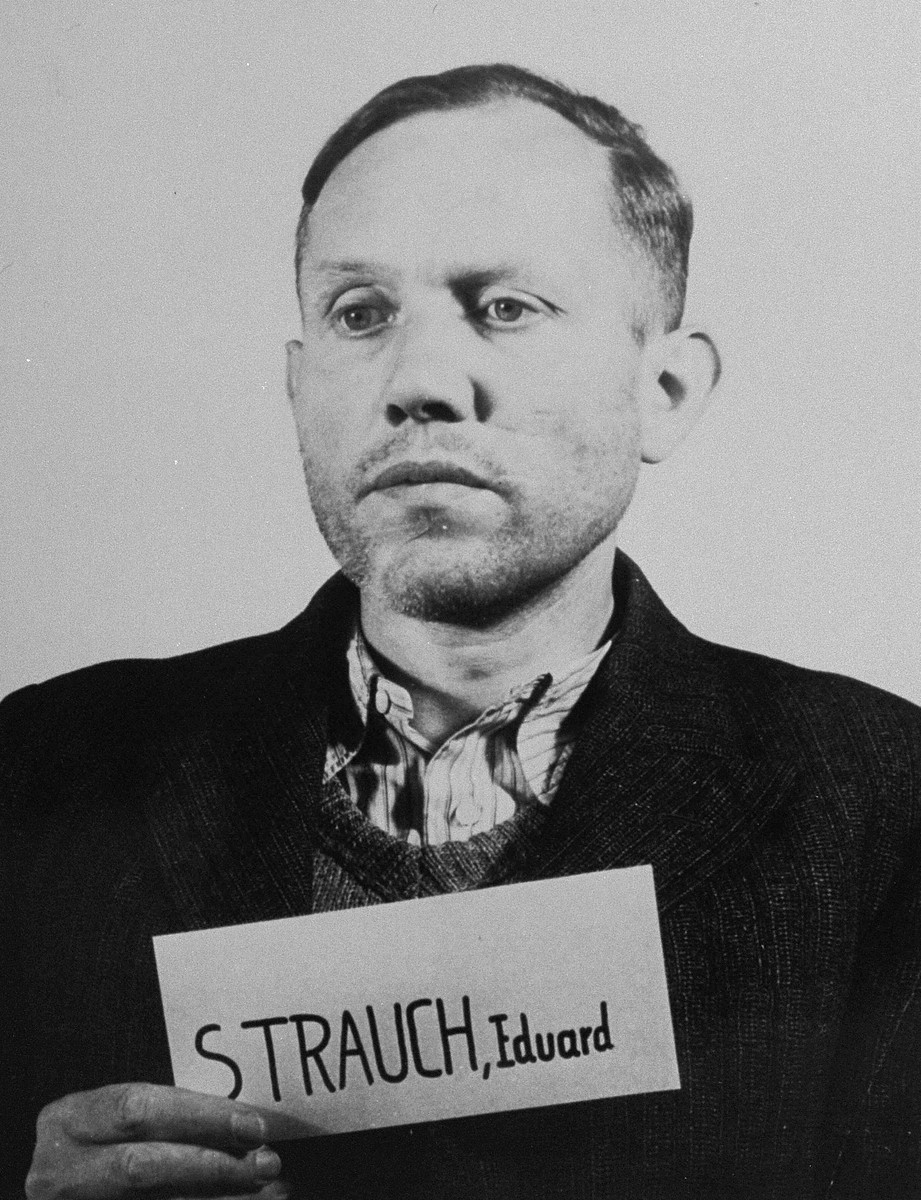 https://www.ushmm.org/wlc/en/article.php?ModuleId=10007080.
Biography
Eduard Strauch (1906-1955), SS-Obersturmbannfuehrer (lieutenant colonel) and Einsatzkommando commander. Eduard Strauch joined the SA, SS, and the NSDAP in 1931. Following a brief tenure in the SD (Security Service), Strauch took part in the invasion of Poland as a member of the Wehrmacht. In 1941, he became a member of the state police in Koenigsberg. That same year, Strauch was given command of Einsatzkommando 2 in Latvia. For the remainder of the war, he served in various posts in the SD and the SIPO (Security Police). After the war, Strauch was tried with thirteen other defendants in the Einsatzgruppen case. He was found guilty and sentenced to death. Remanded to Belgium for trial there, he was again found guilty and sentenced to death. However, due to his insanity, his execution was stayed and he died in prison in 1955. [Encyc. of the Third Reich, (Zentner & Beduerftig, eds.) 2:920.]