Defendant Paul Blobel pleads not guilty during his arraignment at the Einsatzgruppen Trial. 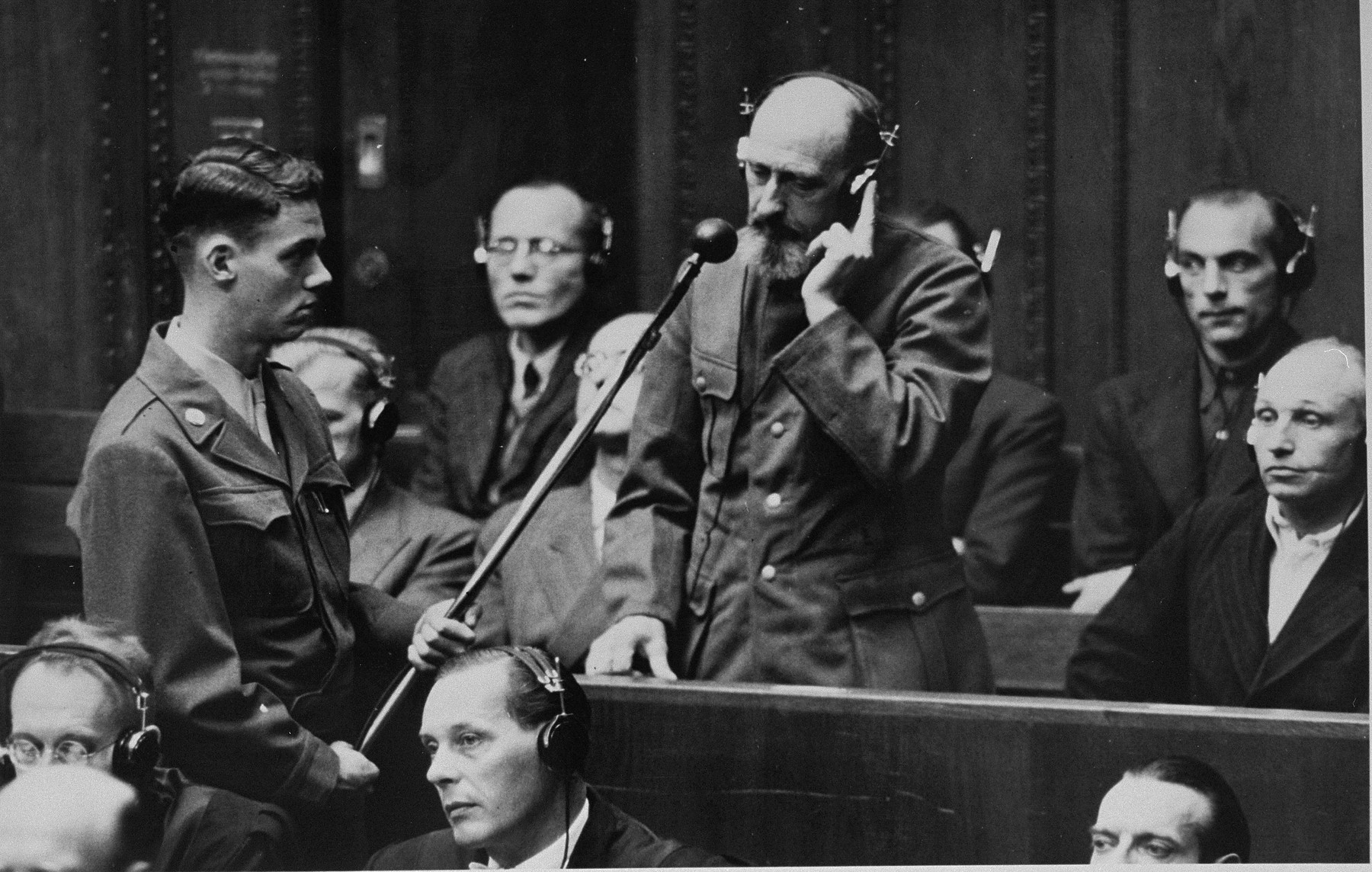 Defendant Paul Blobel pleads not guilty during his arraignment at the Einsatzgruppen Trial.

https://www.ushmm.org/wlc/en/article.php?ModuleId=10007080.
Biography
Paul Blobel (1894-1951), SS-Standartenfuehrer, joined the SA, SS, and NSDAP on December 1, 1931 after his career in architecture stalled due to the depression. He later joined the SD and was particularly active in the Oberabschnitt West (Western Division). He served as the commanding officer of Sonderkommando 4a of Einsatzgruppen C which was responsible for the execution of 60,000 victims, primarily Jews in the Ukraine. Most notably, Blobel participated in the massacres at Babi Yar and Kharkov. In January 1942, he was relieved of duty for health reasons related to his excessive drinking. Subsequently, he was put in charge of Aktion 1005, the operation to obliterate the traces of the mass murders committed by the Germans by disinterring and cremating the bodies from the mass graves in the German-occupied Soviet Union. Blobel was tried and convicted by the U.S. military tribunal in Nuremberg at the Einsatzgruppen Trial and sentenced to death. He was hanged at Landsberg prison on June 8, 1951.