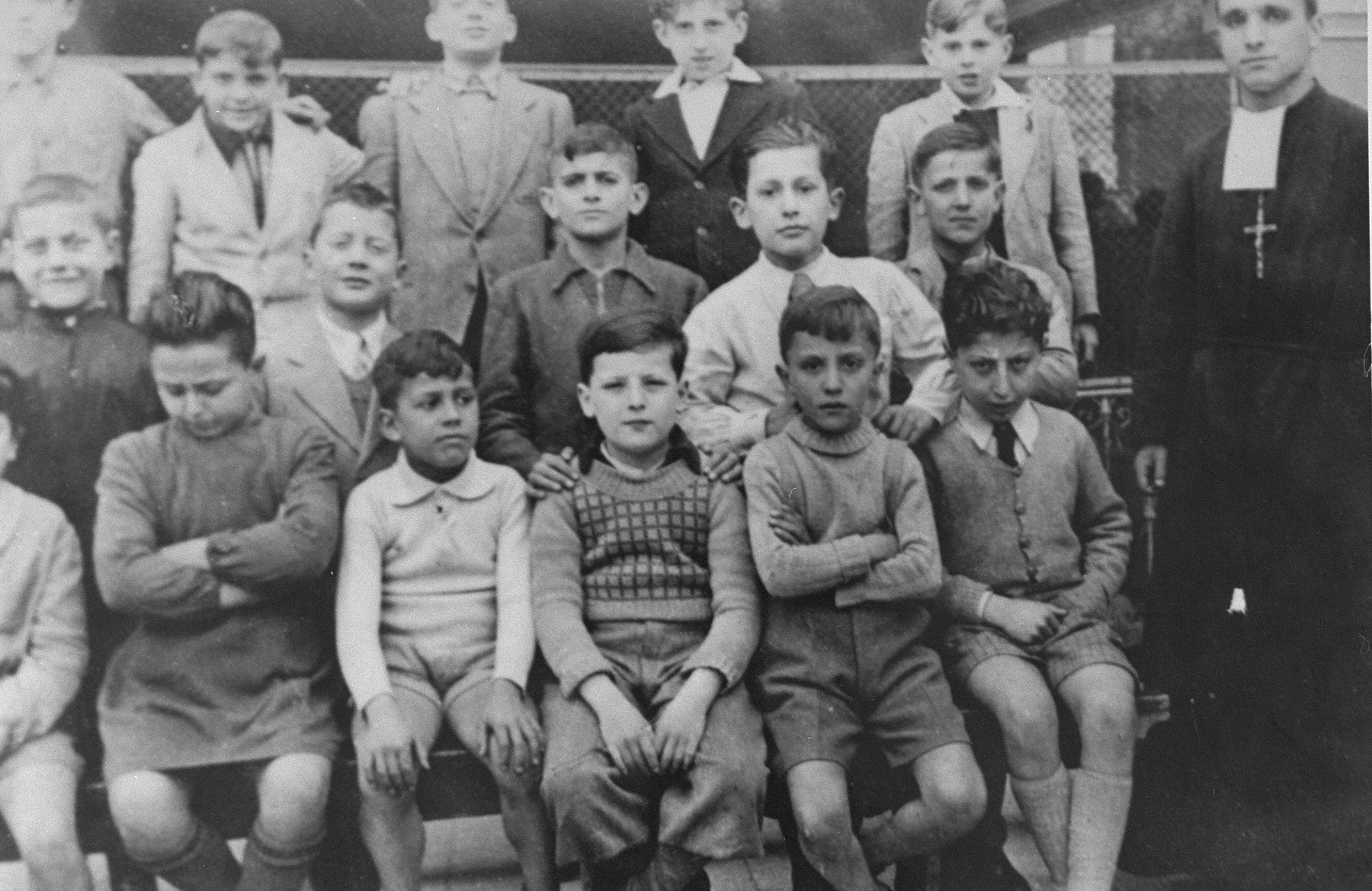 Pictured in the top row at the far right is Zigmund Krauthamer, a Jewish child who was being hidden at the school.

Biography
Simon Krauthamer (born Zigmund Krauthamer) is the son of Naftali and Rosa Krauthamer, who had moved to Germany from Galicia in the interwar period. Zigmund was born in Hanover, Germany in 1932. He had two siblings, Julius (b. 1933) and Suzanne (b. 1939). The family left Germany for France in 1935 and settled in Paris. After the fall of France, Zigmund and his brother went to live with a French family in Deols, while his parents and baby sister hid elsewhere. Later the family was reunited in the town of Saint-Martin Vesubie in southern France, which in November 1942 became part of the Italian occupied zone. In September l943 after the Germans occupied the Italian zone, the Krauthamers escaped on foot with a large group of refugees over the Alps into Italy. However, upon crossing the border they discovered that that area too had come under Nazi occupation. Zigmund and his brother found shelter in the San Leone Maggio Fratelli Maristi boarding school in Rome, while his mother and sister went into hiding in an Italian convent. In July 1944 the family was reunited after being selected for the War Refugee Board's Free Ports program, which brought 983 European refugees to the Fort Ontario refugee camp in Oswego, New York. The Krauthamers remained at Fort Ontario for the duration of the war.