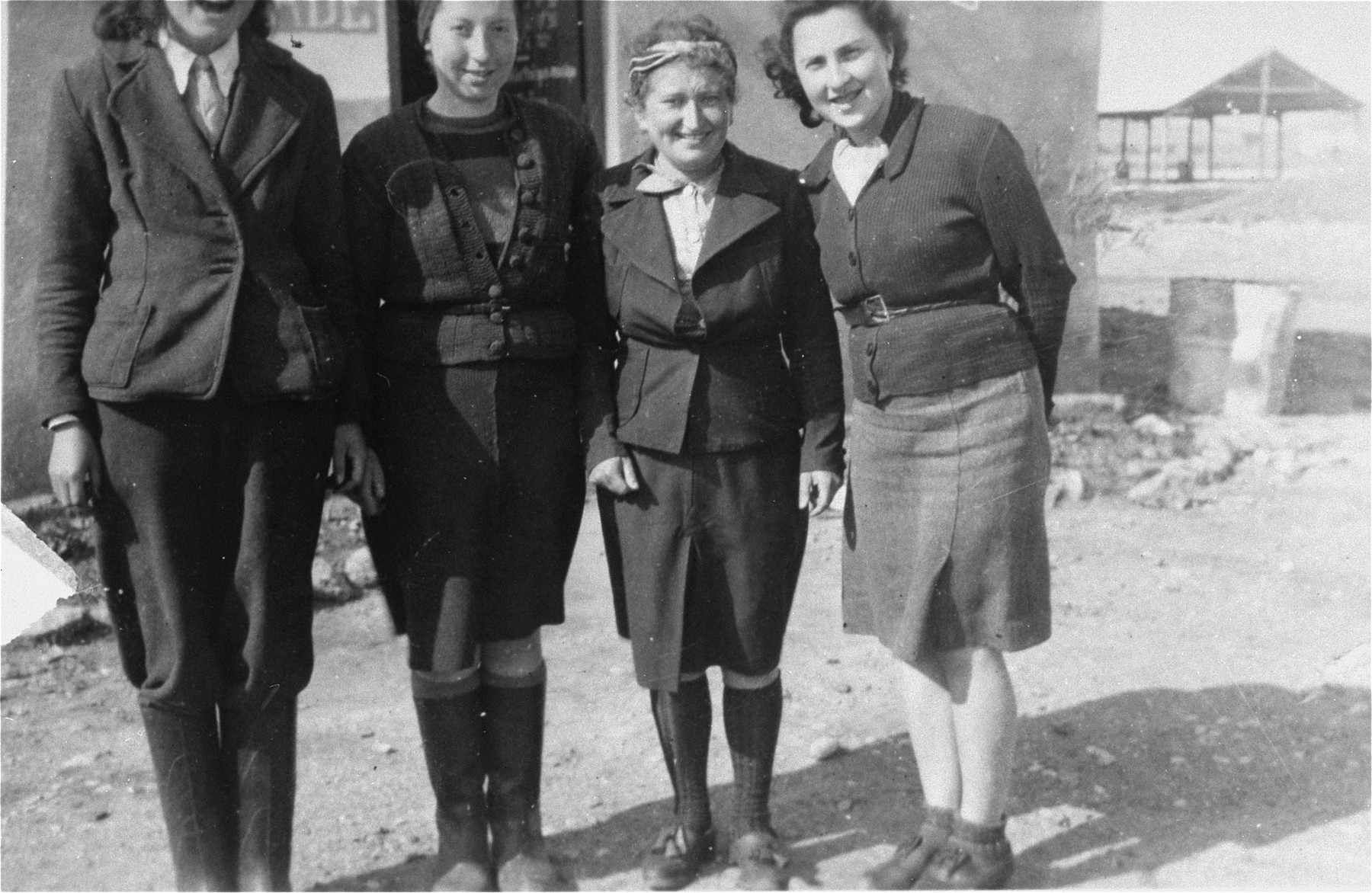 [Source: Encyclopedia of the Holocaust 2:414; Weinberg, David. "Community on Trial," Chicago 1977]
Rivesaltes (Pyrénées-Orientales) was one of an estimated thirty-one internment camps in southern France. Located at the base of the Pyrenees Mountains near the Spanish border, Rivesaltes was built as a military camp to quarter up to 18,000 soldiers. In late 1938 it was turned into a refugee camp for those displaced by the Spanish Civil War (1936-1939). From 1938 to late 1940, the Spanish republican refugees were detained there only temporarily, and many were released for assimilation into mainstream French society. Following the German conquest of France and the establishment of the Vichy government in June 1940, the new Vichy authorities converted Rivesaltes into an internment camp whose residents had little or no freedom of moment outside of the camp. During the first weeks after the armistice, the Germans arrested political opponents, both French and refugees, including Germans, who had previously fled to France to escape Nazi persecution. Many of these political detainees were transferred to the custody of the Vichy authorities and incarcerated in detention camps in unoccupied France, including Rivesaltes. In the fall and winter of 1940, Vichy government transferred about 1,000 women and children of Spanish nationality to the camp from Gurs, a nearby internment camp. By the spring of 1941, French authorities had sent 1,226 Jews, both adults and children, from other detention centers to Rivesaltes. Because the camp had an estimated 3,000 child inmates in 1941, it was considered a family camp. At the height of its operation, in April 1941, Rivesaltes had a population of about 8,000. In 1941, interned Jews comprised 40% of the total camp population.

Rivesaltes was divided into ten sub-camps, each fenced in by barbed wire. Men, women and children were housed separately. Only Roma (Gypsies) were allowed to live in family units. Internees suffered from malnutrition, disease from surrounding swamps, and exposure to heat and cold. Rivesaltes ceased functioning as an internment camp in November 1942, following the deportation of most of the Jewish prisoners to Auschwitz (via Drancy), and the transfer of the Gypsies to other camps. After the liberation of France, Rivesaltes was used as a POW camp for captured Germans.
https://www.ushmm.org/wlc/en/article.php?ModuleId=10005519.
https://encyclopedia.ushmm.org/content/en/article/france.