Czeslaw Olejniczak holds a name card intended to help any of his surviving family members locate him at the Kloster Indersdorf DP camp. This photograph was published in newspapers to facilitate reuniting the family. 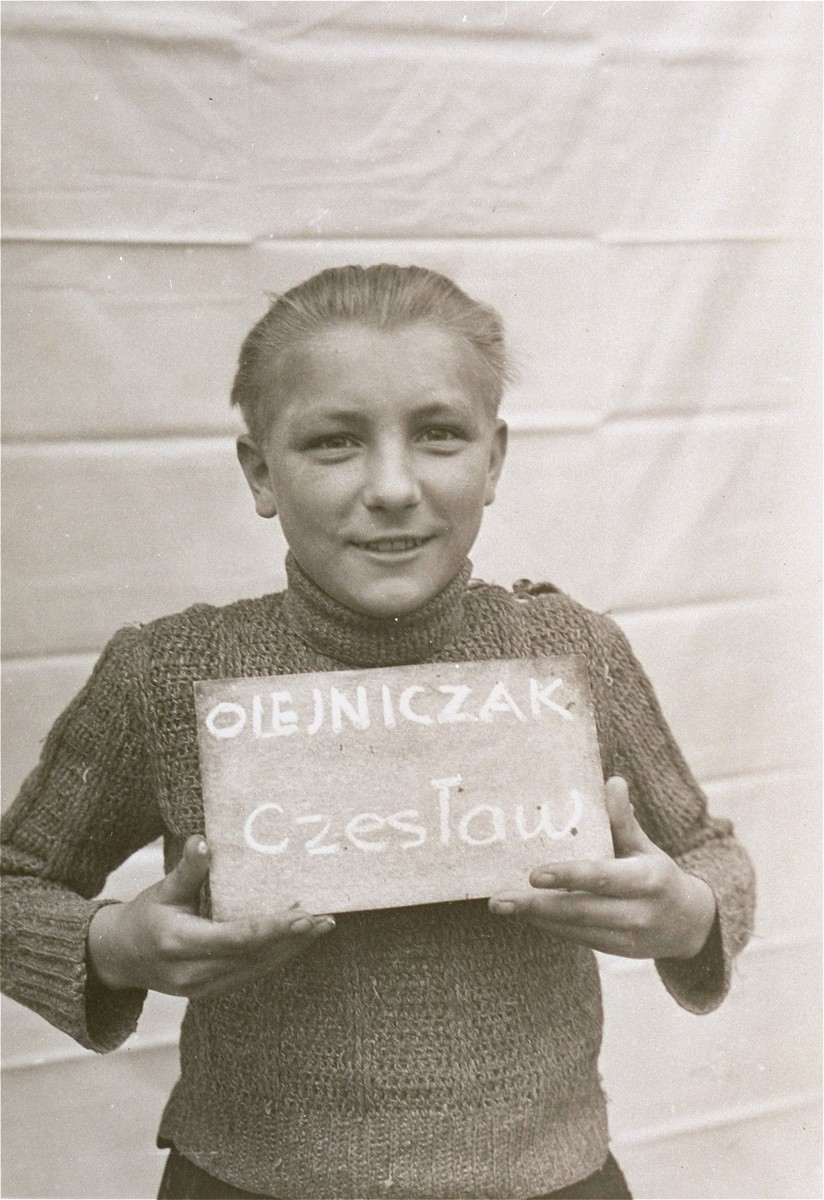 Czeslaw Olejniczak holds a name card intended to help any of his surviving family members locate him at the Kloster Indersdorf DP camp. This photograph was published in newspapers to facilitate reuniting the family.

[Sources: Fischer, Greta. Oral testimony, USHMM Archives
Koenigseder, Angelika/ Wetzel, Juliane. Lebensmut im Wartesaal, Fischer Verlag, 1995, p.256.; email by German researcher Anna Andlauer]
Biography
Czeslaw Olejniczak was born in Rzeszow or Zaborow May 3, 1932 or July 5, 1930. His father's name was either Piotr or Stanislaw and his mother was Ksiezak, Franciska, or Janiewier Dominka. He was repatriated to Poland in 1946.