Uszer Farbenblum holds a name card intended to help any of his surviving family members locate him at the Kloster Indersdorf DP camp. This photograph was published in newspapers to facilitate reuniting the family. 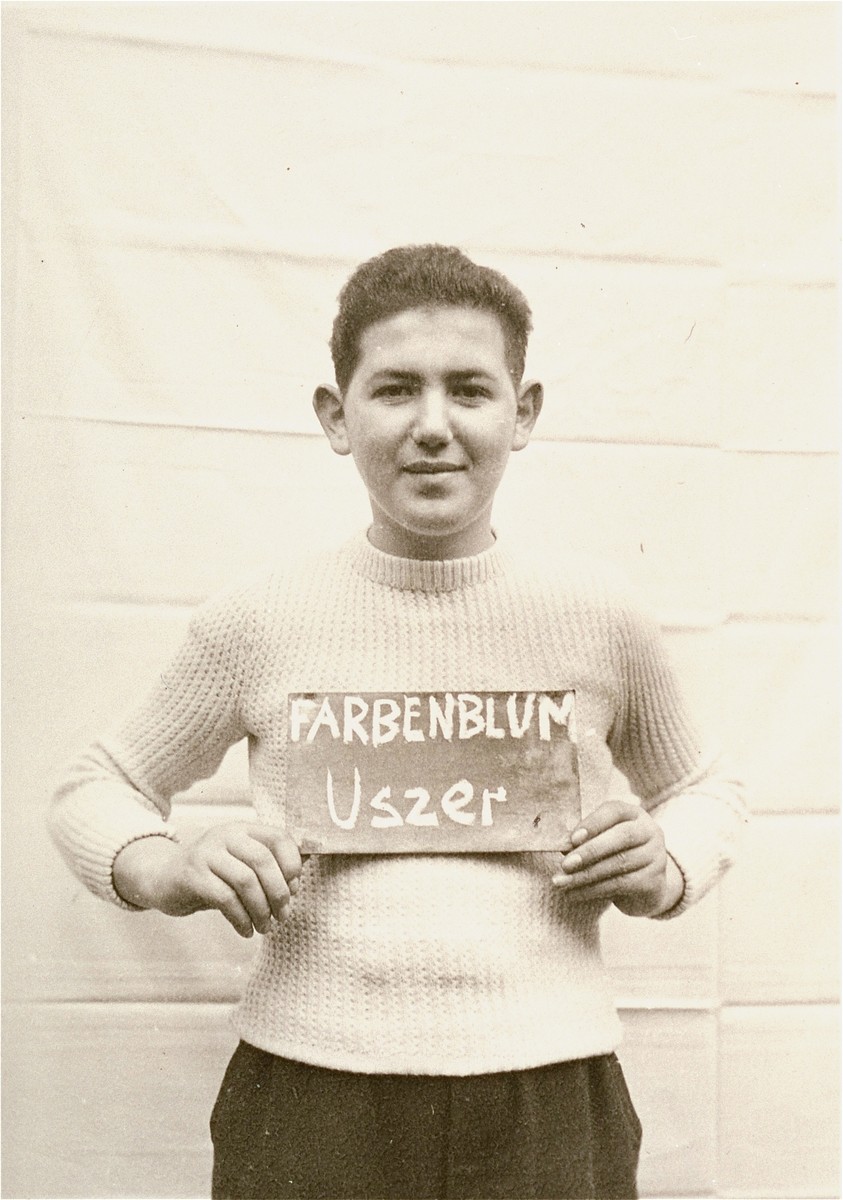 Uszer Farbenblum holds a name card intended to help any of his surviving family members locate him at the Kloster Indersdorf DP camp. This photograph was published in newspapers to facilitate reuniting the family.

[Sources: Fischer, Greta. Oral testimony, USHMM Archives
Koenigseder, Angelika/ Wetzel, Juliane. Lebensmut im Wartesaal, Fischer Verlag, 1995, p.256.; email by German researcher Anna Andlauer]
Biography
Uszer Farbenblum born in Kerecky, Czechoslovakia in Transcarpathia (near Munkacs). In 1944 he, his brother Berel (later Barry) and sister were deported to Auschwitz. All three survived. Uszer was wounded the day before liberation and then brought to Kloster Indersdorf to recuperate. From there he first went to Switzerland and then was taken by Red Cross to Canada in 1948, where he became a yeshiva student in Toronto. Uszer Farbenblum died tragically in a car crash in 1950s. His brother Berel Farbenblum ended up in the Soviet Union and only came to the United States in the 1970s. Though he and Uszer corresponded with each other, they were never able to see each other again.