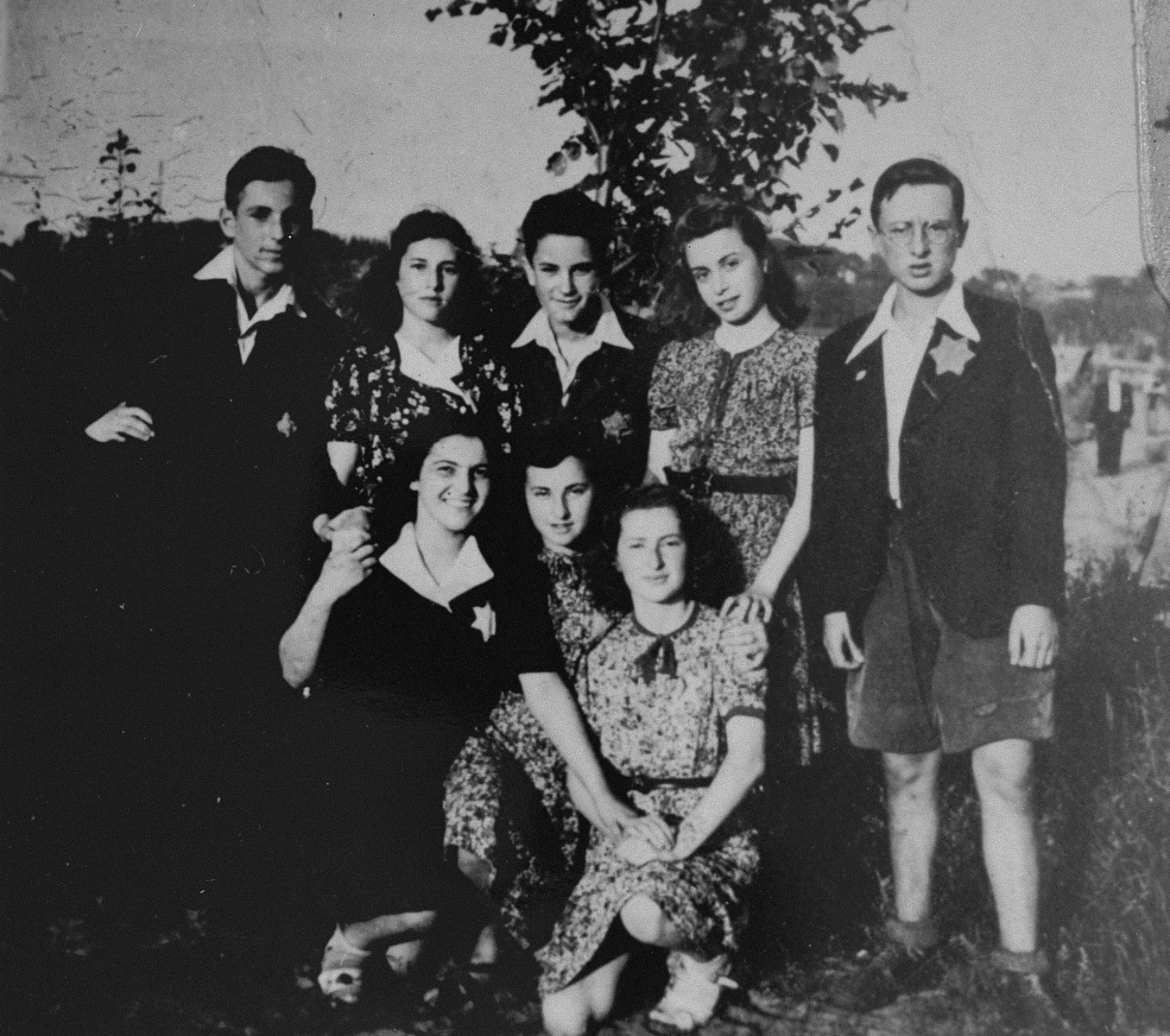 Event History
The Irgun Brit Zion was a Zionist youth movement founded in Kovno during the Soviet occupation of 1940-1941. Recruiting members from both religious and secular families, the movement sought to preserve and promote Jewish, Hebrew and Zionist culture through an array of cultural programs and their Hebrew publication, Hanitzotz [The Spark]. After the formation of the Kovno ghetto in August 1941, the Irgun Brit Zion resumed its activities and broadened its scope to include safeguarding the physical well-being of the Jewish community. It was one of several Zionist movements operating within the ghetto. Most of its members were high school age youth, but younger children were also recruited. At its peak the movement claimed between 150 and 200 members, who were sub-divided into smaller organizational units. Those involved in the Irgun Brit Zion were pledged to work for a Jewish national homeland, to speak Hebrew and to avenge the blood of their Jewish brethren. Their activities included sponsoring holiday programs, operating an underground library, publishing the clandestine Hebrew newspaper, Hanitzotz, and eventually armed resistance. Among their adult contacts in the ghetto were Dr. Chaim Nachman Shapiro, the director of education and culture, and Ika Grinberg, deputy head of the ghetto police. It was Grinberg who coordinated the Irgun's involvement in armed resistance and trained its youth in the use of firearms smuggled into the ghetto. In the summer of 1943 the Irgun Brit Zion joined forces with other resistance groups in the ghetto to form the Anti-fascist organization. During the final year of the ghetto a few of the Irgun's members escaped to the Rudninkai forest to join partisan units, but most were deported or killed in the final liquidation action. Among those who were deported to Dachau, a small group came together in the last months of the war to produce a few issues of Hanitzotz. On the masthead of the clandestine newspaper were the words of the Zionist national anthem, Hatikvah [The Hope]: "Od lo avda tikvateinu" [We have not yet lost hope].