Class portrait of children at a Jewish primary school in Stanislawow. 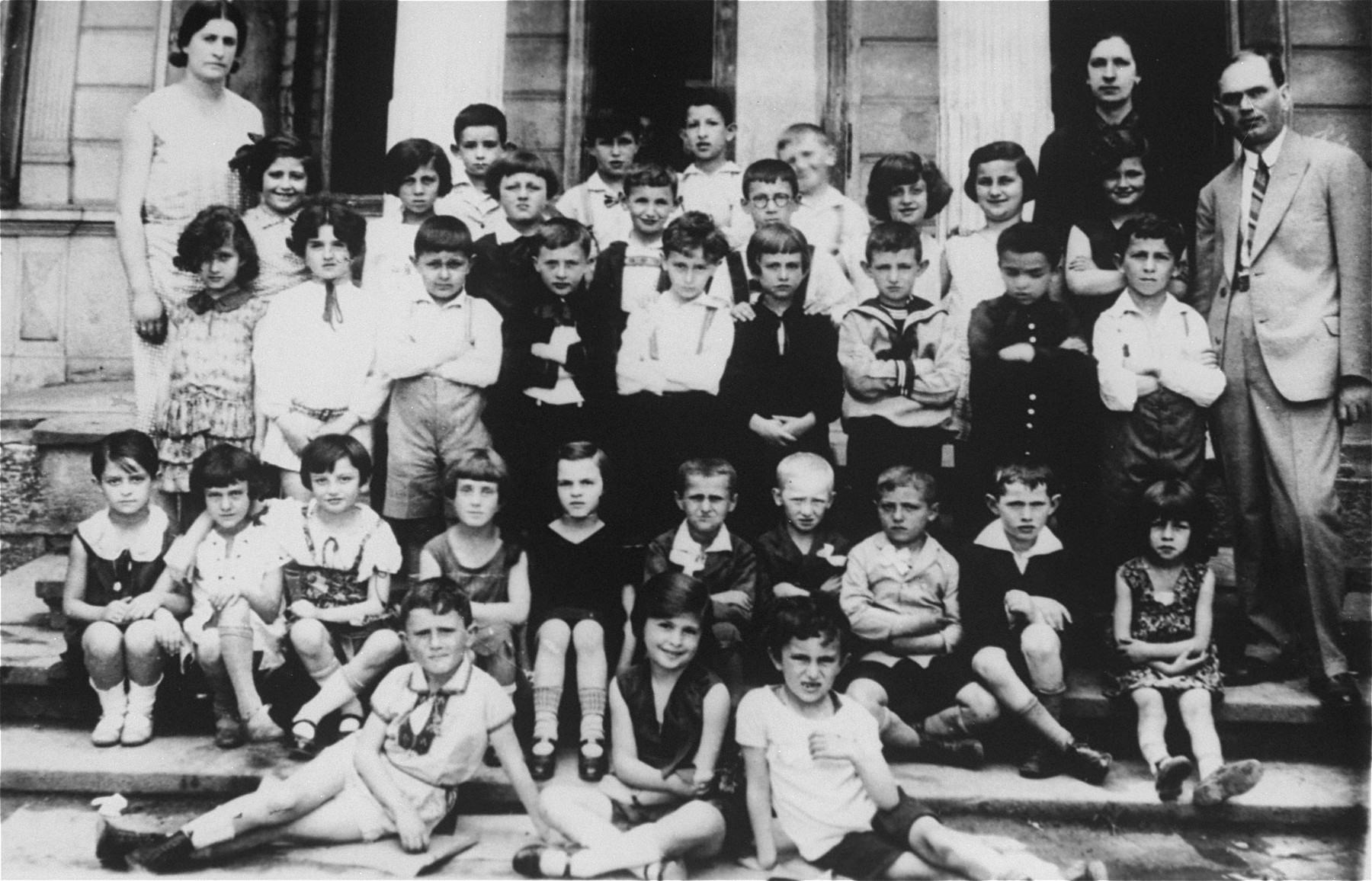 Class portrait of children at a Jewish primary school in Stanislawow.

Amalie Petranker is pictured in the third row from the front, fourth from the right.