The corpses of female prisoners exhumed from a mass grave near Hirzenhain lie out in a field. 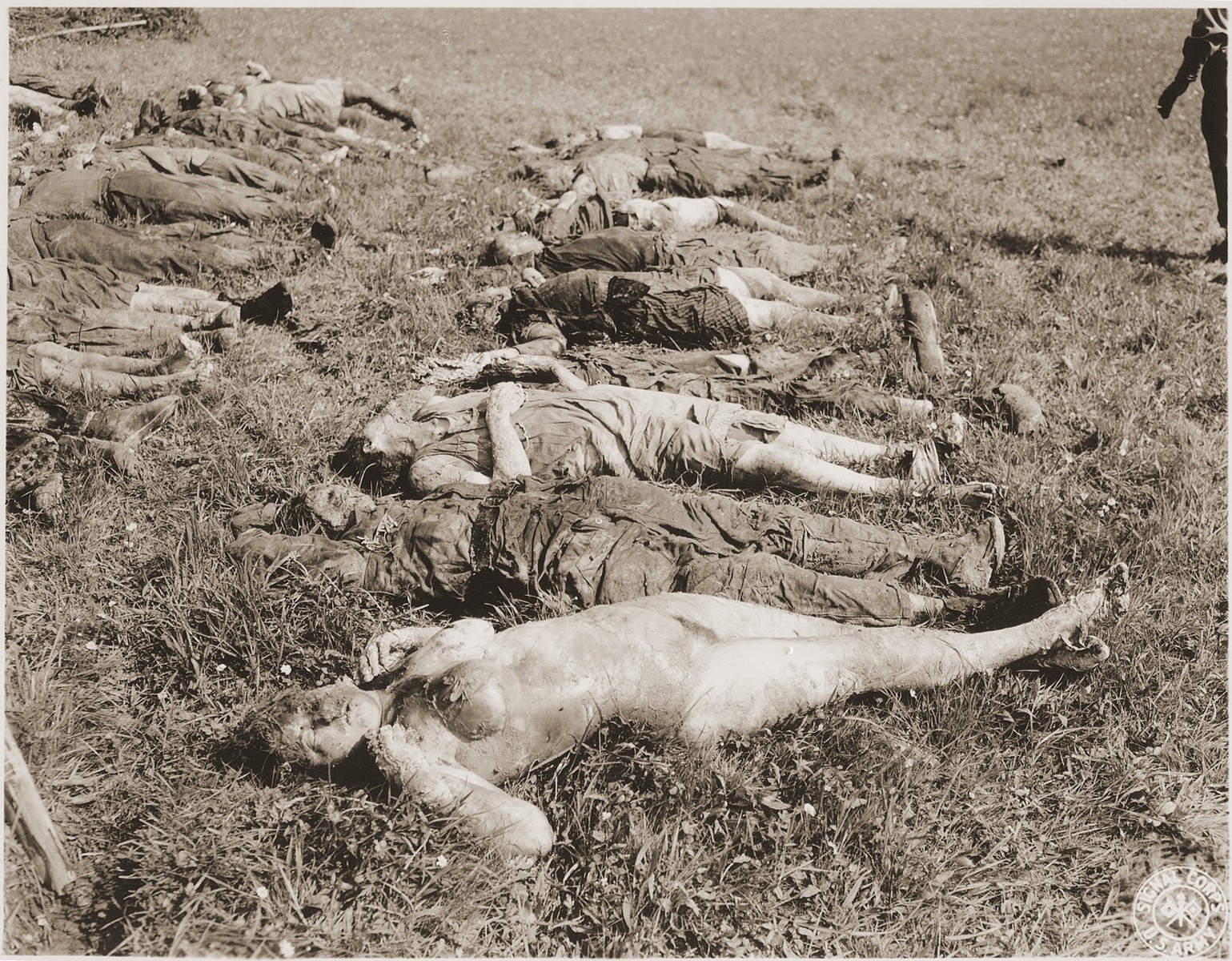 The corpses of female prisoners exhumed from a mass grave near Hirzenhain lie out in a field.

Original caption reads, "Jewish women died from burtality and malnutrition lying in the field awaiting to be burried by the civilians at the Hergenhein concentration camp, Germany."

According to the Signal Corps caption, the photo was taken on May 6, 1945.