View of Jews at work in the saddle making workshop in the Kovno ghetto. 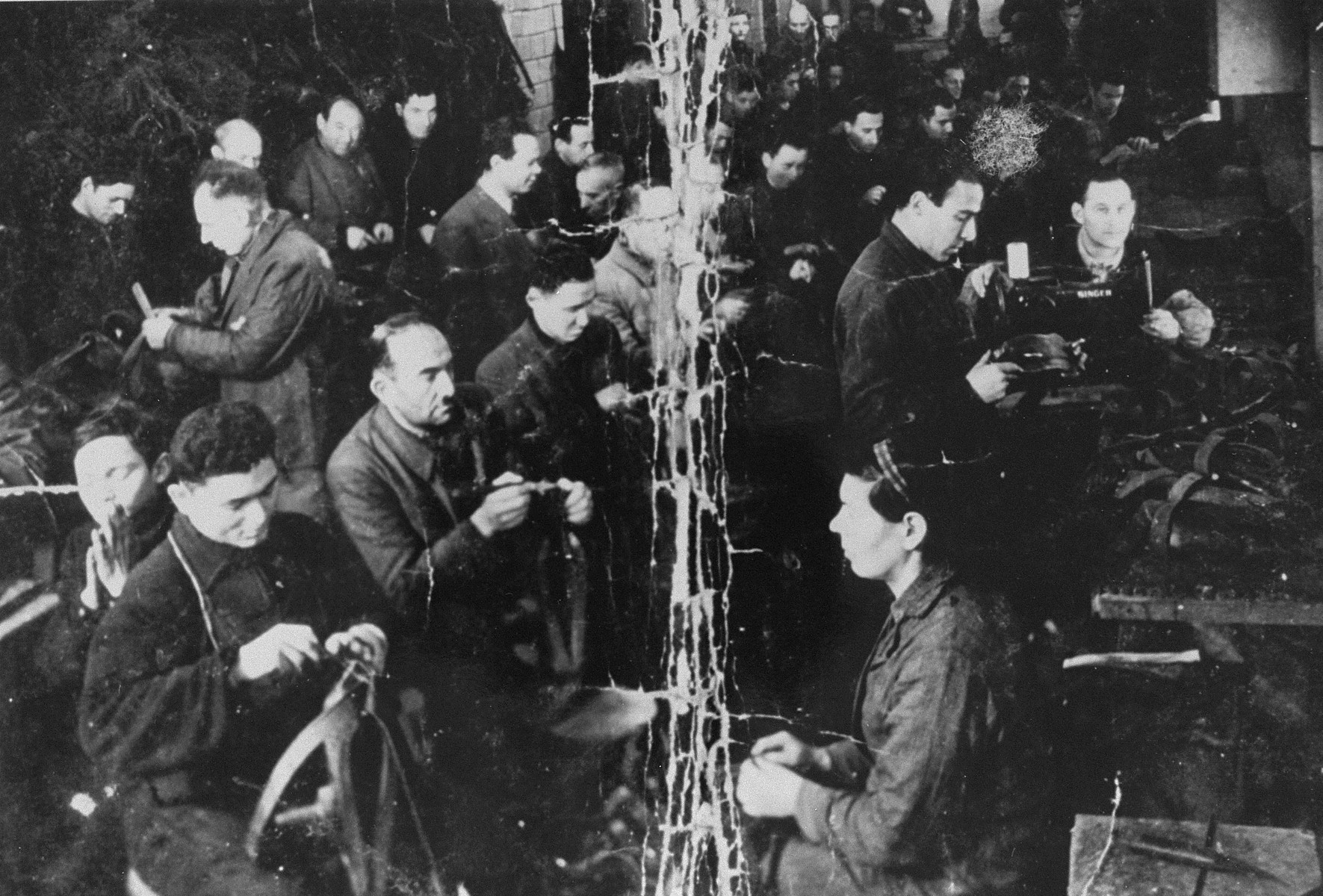 View of Jews at work in the saddle making workshop in the Kovno ghetto.

Pictured in the center to the left of the crease are Spitulnik and Baruch Grodnik. This photo was kept folded in the pocket of partisan Baruch Gofer while he was living in the forests.

Event History
Following the Big Action of October 28, 1941, most of the adults remaining in the Kovno ghetto were put on forced labor, primarily in military installations outside the ghetto. In an attempt to find alternative work for those less able to withstand the harsh conditions of the labor brigades, the Jewish Council promoted the establishment of workshops in the ghetto. Women with small children and yeshiva students were also given work in the workshops. With German approval, the first workshop was opened on January 12, 1942. This was a tailoring shop to sew and repair German military uniforms. Eventually the ghetto established forty workshops, which manufactured clothing, leather goods, soap, brushes and metalwork. There was even a toy workshop that shipped its products to German children as Christmas gifts from the ghetto. The workshops, though nominally supervised by the German Stadtskommissar, were largely run by Jews themselves who practiced considerable deception. Thus, following the children's action in nearby Siaulai, large numbers of underaged laborers were given work in the Kovno workshops in order to protect them in the event of a similar action. Workshop employees were also able to funnel a large quantity of items to ghetto residents and the underground. Moshe Segalson, head of the workshops, reports that of the 4,000 aluminum cups and pots sent for repair, only 460 were returned to the German army. Jewish partisans, departing for the forests, were thus able to leave the ghetto equipped with mess kits and warm clothing courtesy of the ghetto workshops.
See "Kauen Main Camp" in Encyclopedia of Camps and Ghettos Volume 1, Part A.
See Also https://www.ushmm.org/wlc/en/article.php?ModuleId=10005174.

Photo Source
Association for the Lithuanian Jews in Israel