Dr. Eduard Krebsbach, a defendant at the trial of 61 former camp personnel and prisoners from Mauthausen, stands in his place in the defendants' dock. 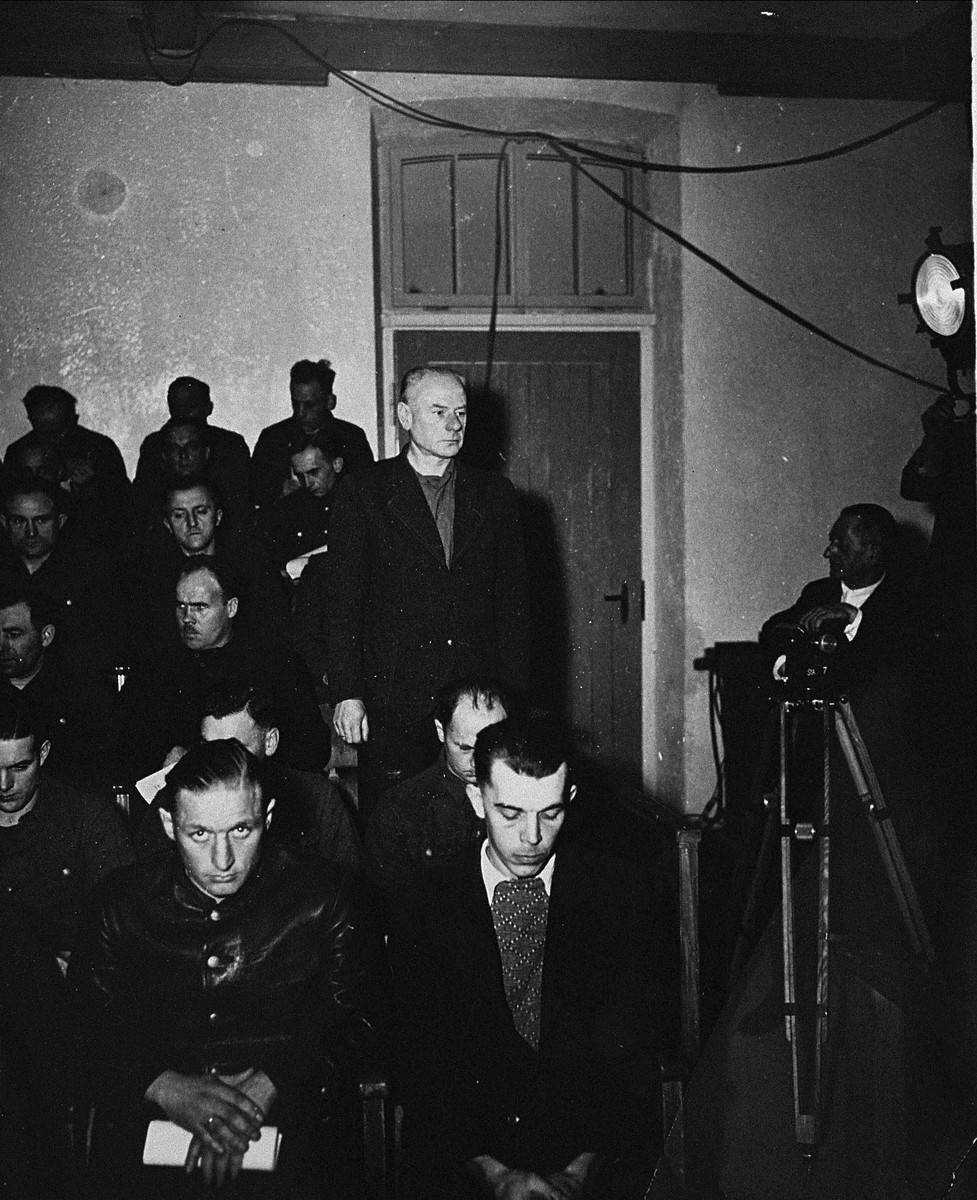 Dr. Eduard Krebsbach, a defendant at the trial of 61 former camp personnel and prisoners from Mauthausen, stands in his place in the defendants' dock.

https://www.ushmm.org/wlc/en/article.php?ModuleId=10005140.
Biography
Eduard Krebsbach (1894-1947), SS concentration camp physician who initiated the mass execution of ill and unfit prisoners by heart injections. Krebsbach received his doctorate from the University of Bonn. He worked for many years as a pediatrician and in-plant doctor, before applying for membership in the SS in 1937. The following year he was inducted into the SS as Untersturmführer (SS second lieutenant). Between the fall of 1941 and the fall of 1943 Krebsbach served as Standortarzt (chief physician) of the SS and the Police at the Linz, Steyr, Wels and Gusen satellite camps of Mauthausen. In this period he initiated the mass execution of sick prisoners by heart injections (Spritzen), for which he earned the nickname "Dr. Spritzbach". (Heart injections were given at the Gusen camp twice a week until April 1945). Krebsbach's career at Mauthausen ended abruptly after he shot and killed a German soldier by the name of Josef Breitenfellner while on vacation in May 1943. Krebsbach was then transferred to the Warwara concentration camp, where he led the selections and presided over the liquidation of the camp in August 1944. Afterwards Krebsbach became "Inspector for Epidemics" in Latvia, Estonia, and Lithuania and then Oberstabsarzt (chief staff doctor) in the regular army. At the end of 1944 he left that job as well and went to work as the company doctor in a textile factory in the city of Kassel. Krebsbach was captured after the war and sentenced to death by a U.S. military court in Dachau on May 5, 1946. His execution took place in Landsberg on May 28, 1947.