The donor's parents, Carl and Elsa Victor, on the deck of the SS Conte Rosso, while en route to Shanghai. 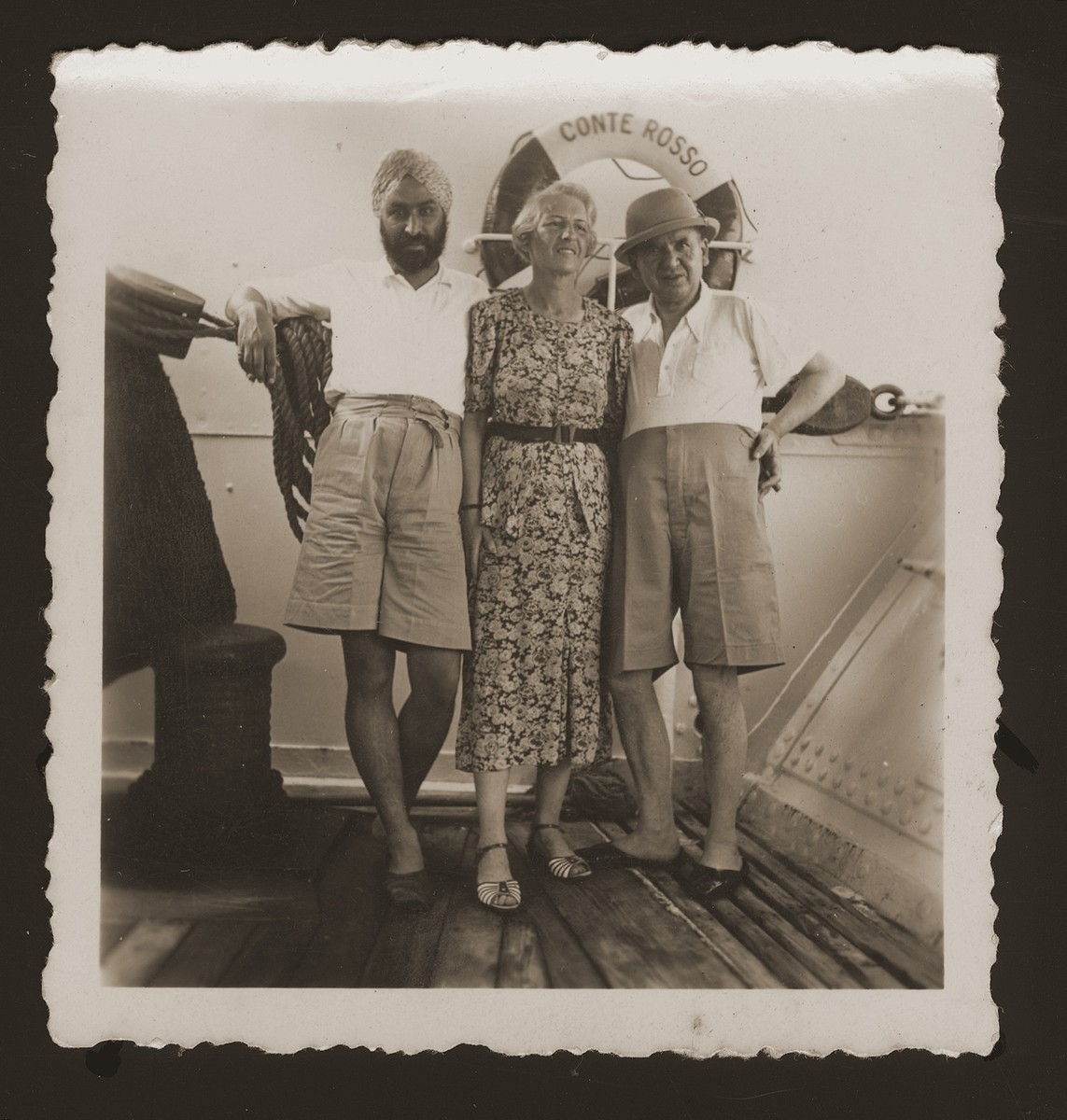 The donor's parents, Carl and Elsa Victor, on the deck of the SS Conte Rosso, while en route to Shanghai.

Biography
Peter Victor was the son of Elsa Alexander and Carl Victor. He was born in Munich, Germany on April 19, 1920. His father was a poet and chemist who owned a food dye company. The family moved to Berlin 1924, where they lived until May of 1939. The family immigrated to Shanghai on the "Conte Rosso" in June of 1939. Both of Peter's parents died of disease soon after their arrival. Carl died there in 1940 and Elsa in May 1942. During the Japanese occupation of Shanghai, Peter lived in the Hongkew district . After liberation he worked as a dispatcher for the US Army Air Force motor pool. He remained in Shanghai until 1948 when the JDC helped him immigrate to the United States in 1951. He died in 1993.