A Jewish child in hiding poses with members of the Lithuanian family that concealed her. Pictured is the donor, Josephina Martul (right), and her daughter, Leonarda-Luisa (left) 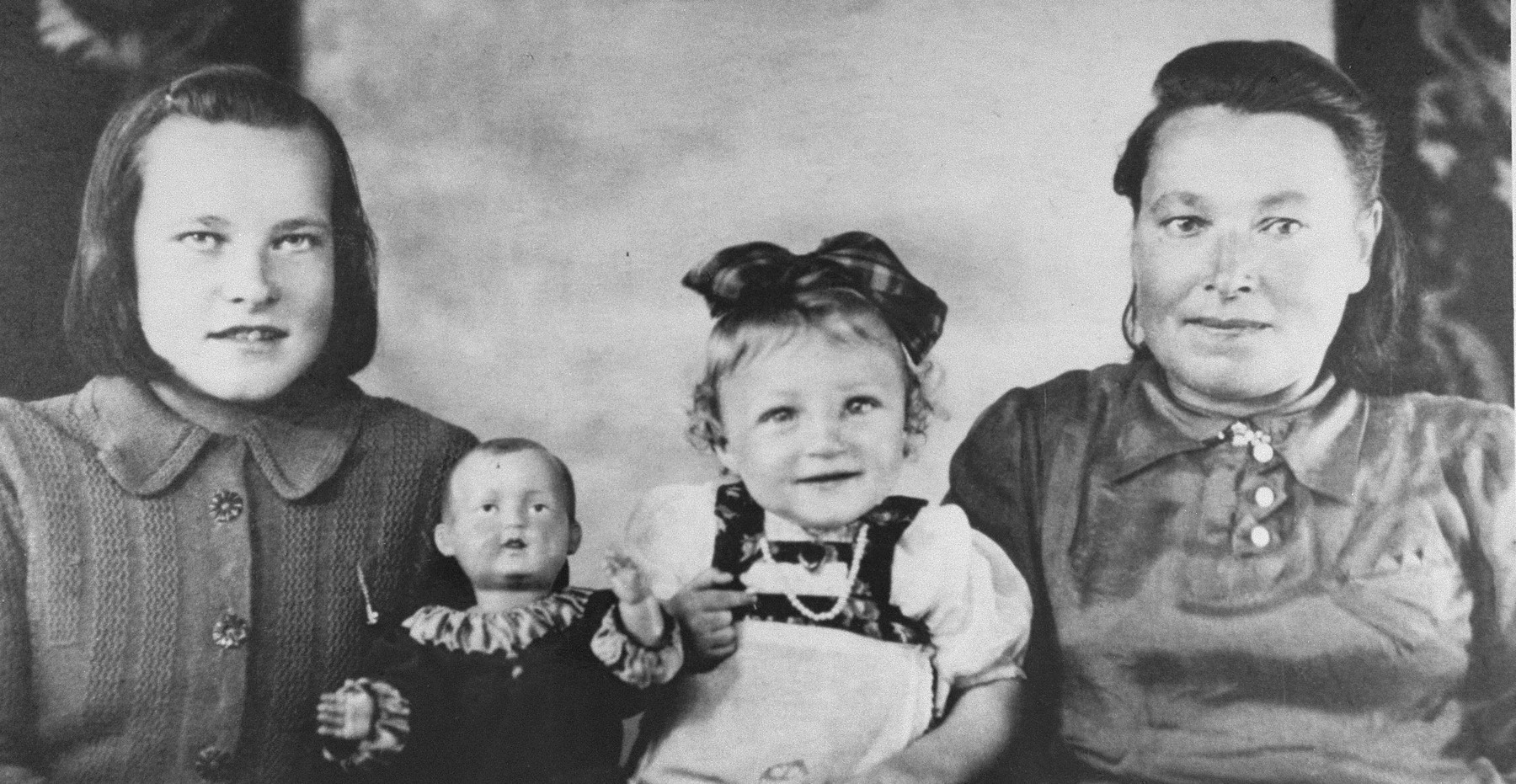 A Jewish child in hiding poses with members of the Lithuanian family that concealed her. Pictured is the donor, Josephina Martul (right), and her daughter, Leonarda-Luisa (left)

Rose Levin (now Weinberg) is the daughter of Ida and Yossef Levin. She was born in March 1941 in Vilna. Her older sister, Chaya, was born in 1936. Her father was shot by the Germans shortly after the beginning of the German occupation. Rose's mother then placed her with a Lithuanian family named Martul. Rose passed as a relative whose name was Vera Martul. After the death of her foster mother, Josephina Martul, Rose was cared for by the sixteen year-old daughter of the family, Lusia Martul-Budrikiene. Rose remained with Lusia Budrikene until 1957, when an aunt from Canada, Mrs. Friedman, located her and arranged for her emigration to Toronto. In 1993, Yad Vashem recognized Josephine Martul and her daughter Lusia Budrikiene as Righteous Among the Nations.

Biography
Rose Weinberg (born Rose Levin) is the daughter of of Ida and Yossef Levin. She was born in Vilna in March 1941. Her older sister Chaya was born in 1936. When her father was killed by the Germans a few months later, her mother placed her with a Lithuanian family by the name of Martul. Both her mother and sister were killed. When her mother did not return after the war, Rose remained in the care of the Martuls until 1957, when an aunt from Canada located her and arranged for her emigration to Toronto.