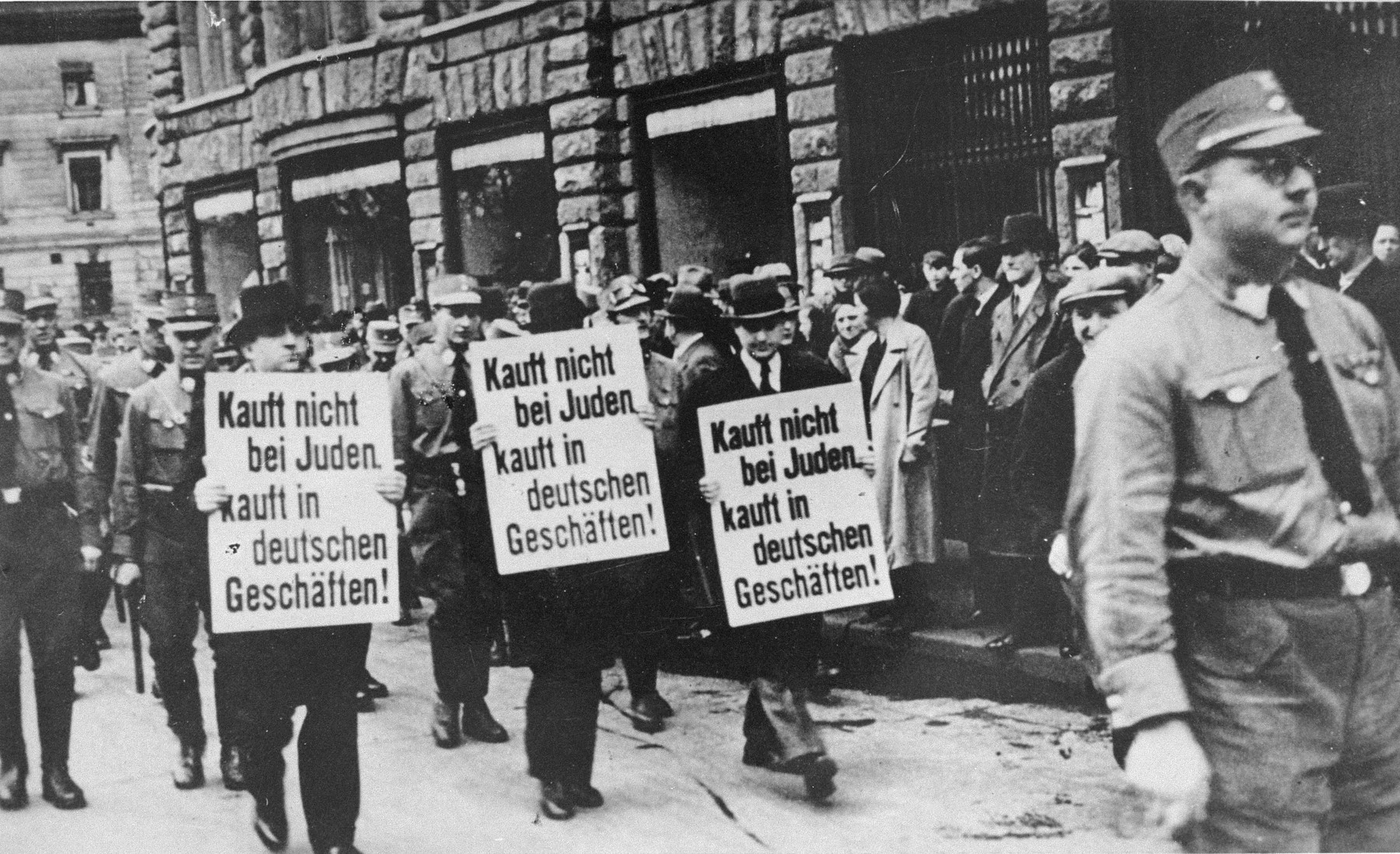 The third marcher from the left is Chaim Bleiweiss, the donor's father. Bleiweiss owned a fur store located at Bruehl Strasse 68. The photo was produced as a postcard and sold at kiosks in Leipzig, where Chaim Bleiweiss purchased it.