The Military Tribunal III hears witness testimony for the Justice Case. The testimony was heard in a room in the Palace of Justice which was not the main courtroom. 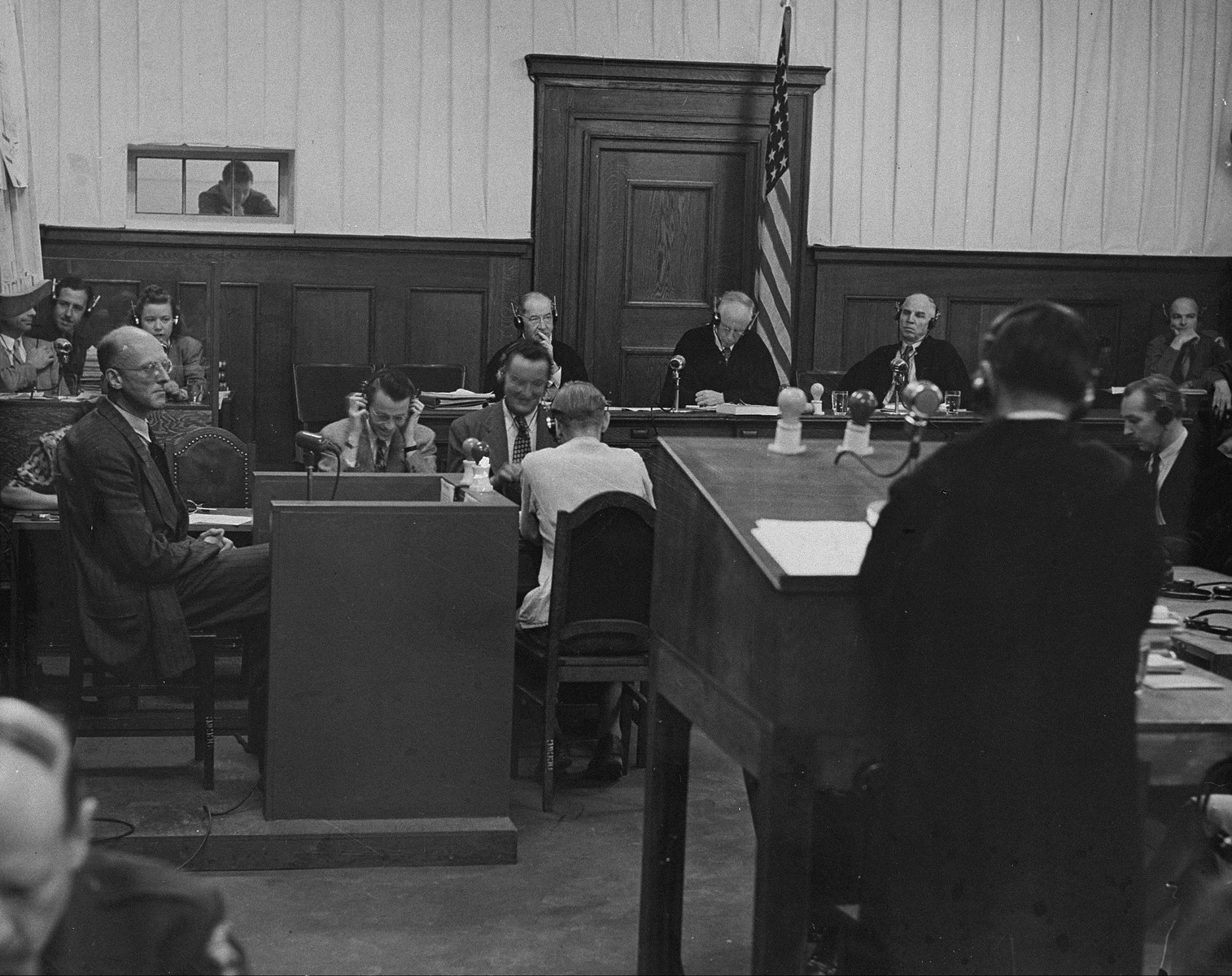 The Military Tribunal III hears witness testimony for the Justice Case. The testimony was heard in a room in the Palace of Justice which was not the main courtroom.

Event History
On 13 February 1947, the U.S. Military Government for Germany created the Military Tribunal III to try the Justice Case, the third subsequent Nuremberg proceeding. Of the sixteen defendants indicted on 4 January, nine were officials in the Reich Ministry of Justice, while the others were members of the People's and Special Courts. The defendants were arraigned on 17 February, all pleading not guilty to the charges against them. The indictment listed four counts, with all the defendants charged with the first three: conspiracy to commit war crimes and crimes against humanity; war crimes against civilians of territories occupied by Germany and against soldiers of countries at war with Germany; and crimes against humanity, against German civilians and nationals of occupied territories. The fourth count of the indictment charged seven of the defendants with membership in the SS, SD, or the Leadership corps of the Nazi Party, all of which had been declared criminal organizations a year before by the International Military Tribunal. The trial opened on 5 March and the final statements of the defendants were heard on 18 October. The Military Tribunal III returned its judgment on 3 and 4 December, finding ten of the defendants guilty and acquitting four. Two defendants were not included in the judgment as one died before the trial began and the case of the other was declared a mistrial because he had been too sick to attend much of the trial. The court announced its sentences on 4 December, sending four of the guilty defendants to prison for life and six to prison for terms ranging between five and ten years.
https://www.ushmm.org/wlc/en/article.php?ModuleId=10007069.