Defendants Walther Funk (right) and Hans Fritzsche (left) in the dock at the International Military Tribunal trial of war criminals at Nuremberg. 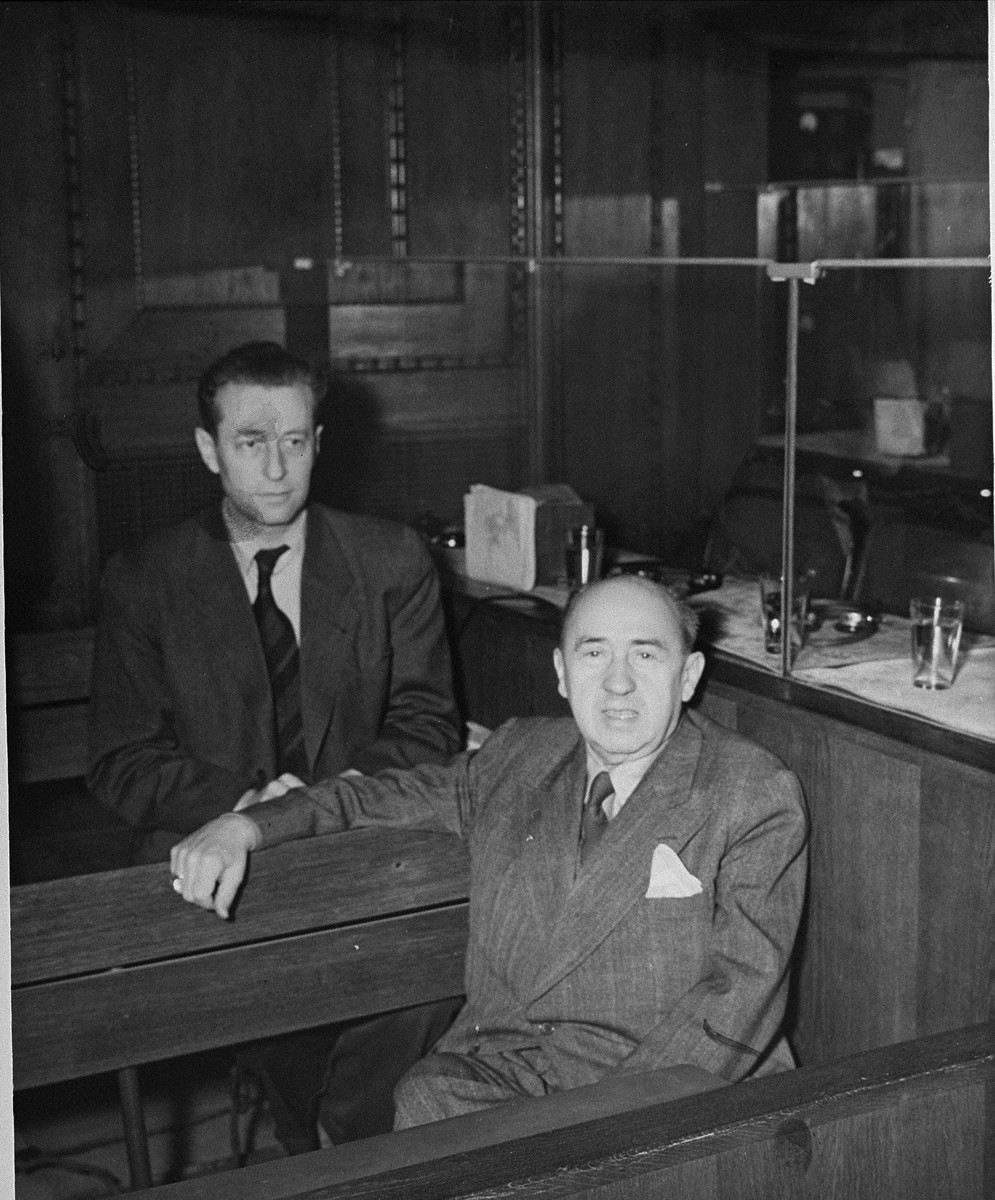 Defendants Walther Funk (right) and Hans Fritzsche (left) in the dock at the International Military Tribunal trial of war criminals at Nuremberg.

https://encyclopedia.ushmm.org/content/en/article/international-military-tribunal-at-nuremberg.
Biography
Hans Fritzsche (1900-1953), Head of Radio Division of the Propaganda Ministry. A third tier propaganda official who had not held a policy-making position, Fritzsche was included in the dock at Nuremberg in the absence of the dead Josef Goebbels and to mollify Soviet authorities, who held him in their custody. Although he was acquitted by the IMT, he was then arrested again and brought before the German denazification courts. He was sentenced to nine years imprisonment and released in September 1950.

Walther Funk (1890-1960) was Minister of Economics in the Hitler government. He also replaced Dr. Hjalmar Schacht as President of the Reichsbank in a move to bring the bank under control of the Nazi Party. Funk played an early role in driving German Jews from the economy and took part in the confiscation of valuables and financial assets of Holocaust victims. Brought to trial as a defendant in the International Military Tribunal in Nuremberg, Funk was found guilty on three counts and sentenced to life imprisonment. He was released 1957 due to poor health.