Portrait of thirteen-year-old Bernard Mayer in the Drohobycz ghetto. 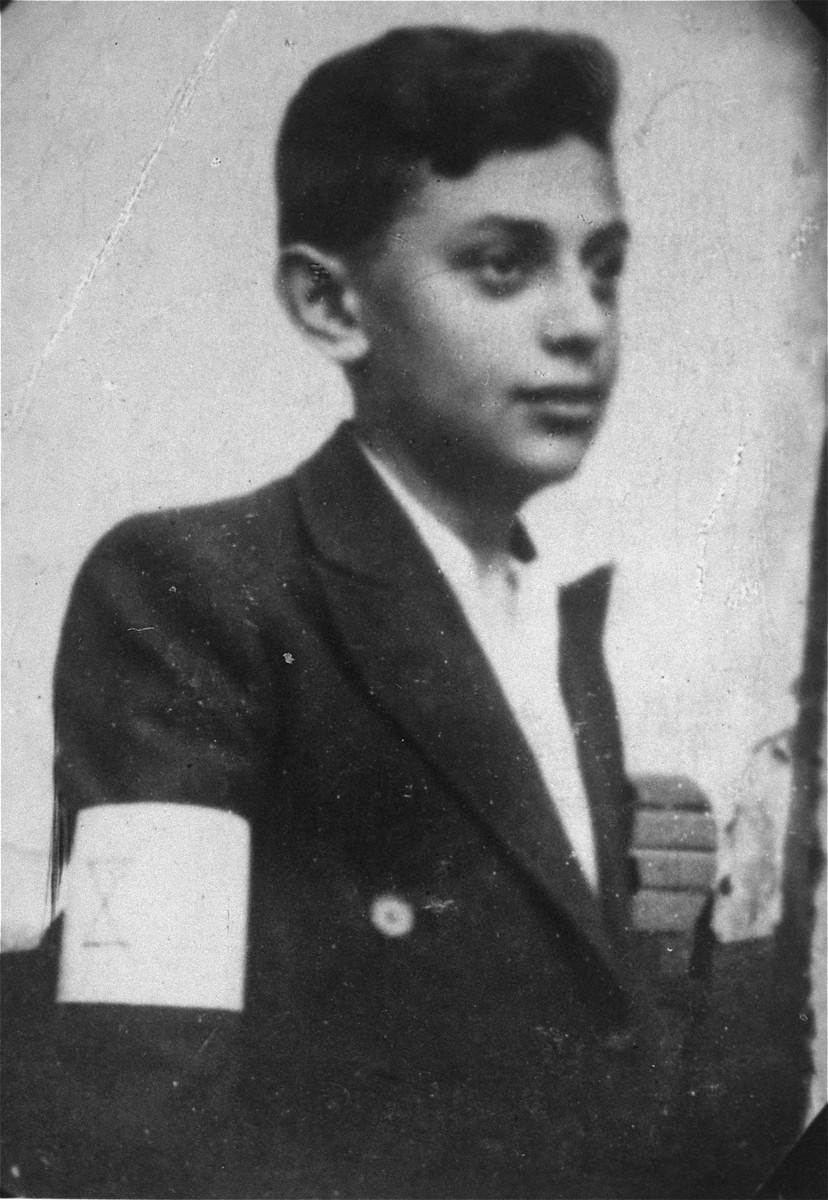 Portrait of thirteen-year-old Bernard Mayer in the Drohobycz ghetto.

Biography
Bernard Mayer is the son of Isaac and Tonia Mayer. He was born February 2, 1928 in Drohobycz, Poland. He had three siblings: Szymon (b. 1910), Klara (b. 1912) and Jacob (b. 1914). His father died before the German occupation. Bernard survived the war with his mother hiding in the basement of a house owned by a Ukrainian named Ivan Bur. While Bernard's brother, Jacob, also survived, his oldest brother, Szymon, was killed with his wife and children in Belzec, and his sister Klara, was shot while hiding in the Bronica Forest. After the war Bernard lived in Poland until July 1946. He then left for Paris, where he remained until immigrating to the U.S. in 1947.